Jenné Myers is a lifelong volunteer who has converted her passion into a successful career. She currently serves as the Chief Executive Officer of Chicago Cares, the city’s premier volunteer service organization. For 25 years, Chicago Cares has fostered leadership and civic engagement among an entire generation of Chicagoans. Now, Myers’ charge is to focus on the next generation. In her time with the organization, she has worked to expand Chicago Cares’ reach and impact. She has led her team to develop innovative programming that meets critical community needs; diversified revenue streams with new funding models; developed an auxiliary board and expanded the existing board; established annual events reaching new audiences; and launched an exciting new brand.

Prior to Chicago Cares, Myers was the Senior Director of External Affairs with the YMCA of Metro Chicago. In her role she helped increase exposure and visibility for the Y by serving as the primary conduit for community and government leaders. Previously, Myers was appointed in 2010 by then-Mayor Richard M. Daley to lead Chicago’s participation in Cities of Service, a national civic initiative. As the first-ever Chief Service Officer for Chicago, she launched an ambitious effort in One Good Deed Chicago, a full-scale, integrated awareness campaign around volunteerism.

Earlier in her career, Myers served for four years as the Executive Director of Working in the Schools (WITS), a Chicago nonprofit that engages over 1,200 volunteers to promote the love of reading through one-on-one tutoring and mentoring for more than 2,000 Chicago Public Schools elementary students every year. Before her work at WITS, she was assistant to the chair of the Chicago Cultural Center Foundation and served as a member of the advance staff for Mayor Richard M. Daley.

Myers currently sits on the board of The Mikva Challenge, serves as Chair of the Points of Light Affiliate Assembly, was selected as a 2017 Leadership Greater Chicago Fellow, and is also a commissioner for the Governor’s Serve Illinois Commission. She received her bachelor’s degree from Michigan State University. 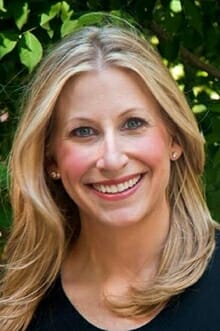