Susan Molinari has a wide-ranging background resulting from her multi-disciplined service in the leadership of the United States Congress, as vice president of Google’s public affairs for the Americas, as leader of multiple offices for international public affairs and lobbying giant Omnicom, and as a respected media communicator on multiple networks, including among others, CBS, Fox, PBS and CNN.

Susan is presently a member of New York City-based Protiviti Consulting’s Advisory Board, Washington, D.C.-based APCO Worldwide International Advisory Board, and a member of the boards of Harvard University Institute of Politics at the Kennedy School, the Trilateral Commission, American Action Foundation and the David Lynch Foundation. Susan was also selected as a member of the Sine Institute’s 2020 class of Fellows and Distinguished Lecturers at American University.

Having been elected from a New York City-based district five times to Congress, Susan was quickly elevated by House Republicans who twice elected her as one of just eight members to serve in the leadership of the first GOP Majority in 40 years.

In Congress, she developed a strong record of bipartisanship and effectiveness on issues ranging from transportation and the budget, to child abuse and human rights.

As Google’s vice president for the United States, Mexico, Latin America and Canada, she managed teams that monitored and interacted with both Democratic and Republican U.S. administrations, federal departments and agencies, both sides of the political aisle and both sides of the U.S. Capitol, as well as state and foreign capitals.

In addition to her work with Omnicom and in the media, Susan has worked with corporate America as a member of the board of Protective Life, on the Toyota North America Diversity Board, as chair of the corporate social responsibility Century Council, and at the global law firm Bracewell and Giuliani. 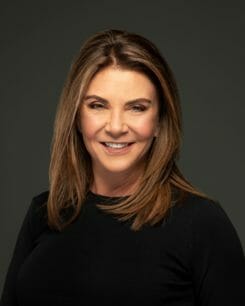