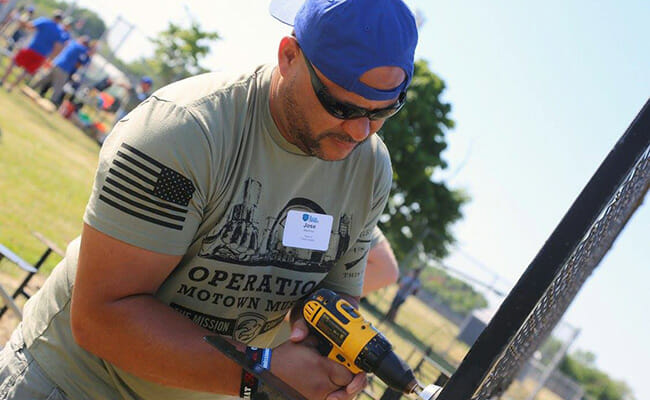 Philadelphia is called the city of brotherly love, and for one resident, it’s a motto he lives by. After more than 22 years in the U.S. Army, Jose Martinez now dedicates his time to bettering the lives of other veterans.

“I joined the National Guard when I was 17 years old. To be honest, it was just something to do,” Martinez said.

That was in 1989. For years, Martinez worked in construction for a telecommunications company, serving one weekend a month as a part of the National Guard. That is, until Sept. 11, 2001.

“I was actually on a job in Pennsylvania, nearby to where United Flight 93 crashed,” Martinez said. “I contacted my unit immediately. I said, ‘If there is a mission, I want to get in on it.’” 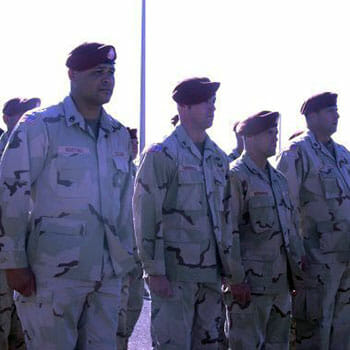 Martinez was activated three days later. His National Guard unit was one of the first sent to New York, to help at Ground Zero. It was then that Martinez decided his country needed him and he made the move from reserve to active duty.

After returning from deployment in 2004, Martinez became an instructor for the National Guard and hit his professional stride.

“I rose through the ranks of the training world in the army, developing and managing courses for the infantry school,” he explained.

He was teaching soldiers to be warriors and he had earned a great deal of responsibility – but when he retired in 2013, everything changed.

“When you leave the military, you’re starting all over. And you lose that – whatever it was in the military that you were – sergeant first class, a private, even your name because in the military we go by last name or nickname. You’re no longer that person anymore. And that was really hard for me,” Martinez said.

He tried to go back to working in telecommunications but he really struggled, only finding offers for entry level jobs. He tried to start his own auto restoration business but was barely breaking even. By this time, he had children to care for and he knew he needed to make a big change.

“I felt like I was going backwards, so I decided the best course of action for me would be to go to school,” he said.

At age 40, Martinez enrolled at Drexel University, in Philadelphia. It was there that his future started to take shape. 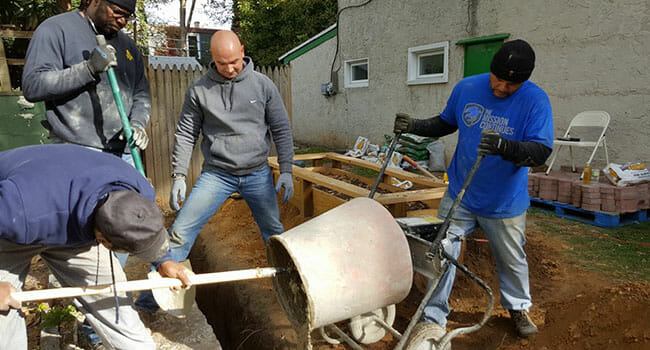 “When I moved to Philadelphia, it really put everything into perspective for me,” Martinez said. “I saw how much need there was in the city, for veterans [to be assisted.] There were so many veterans suffering from homelessness, struggling with alcohol and drug dependency and struggling to secure VA benefits.”

On top of his studies and dad duties, Martinez started volunteering anywhere he could to help veterans. He joined Drexel University’s Veterans Association and Veterans Task Force. Martinez felt that because of his exposure to academia in the military, he had an easier transition from warrior to student than others. So, he sought out opportunities to help those who were struggling. He established himself as an undeniable resource and veteran advocate. And people noticed.

The Mission Continues is a non-partisan, nonprofit organization that evokes veterans’ inner call to service and engages them in projects that will improve their communities. The organization creates chapters – or platoons – that have the same internal structure as the military. Platoons are assigned missions that range from painting walls at homeless veterans’ shelters to making improvements for schools in impoverished neighborhoods.

The organization reached out to administrators at Drexel, which has a large veteran population, looking for a student veteran who might make a great platoon leader. With nearly 900 students to choose from, the university suggested Jose. 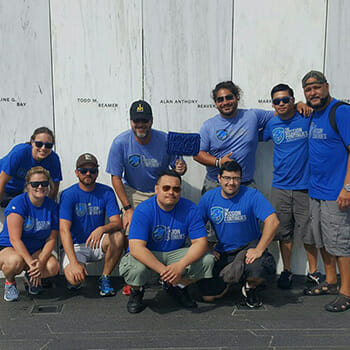 Courtesy: Jose Martinez
Martinez and The Mission Continues platoon at a service project for the United 93 Memorial.

According to Rebecca Weidensaul, assistant vice president for student life at Drexel University, Martinez was the perfect choice.

“He takes every moment with every person as an opportunity to educate them and really enlist people beyond, ‘Thank you for your service.’ He will call you to action and that is what helps him advance his personal mission to ensure that no veteran is left behind,” Weidensaul said.

Martinez quickly learned that The Mission Continues does more than just service projects. He saw that it gave the veterans back that missing piece of their identity, something they may have lost in the transition to civilian life.

“What happens to a lot of us is we tend to isolate ourselves when we get out of the military. We don’t want to build relationships with people who don’t understand the struggle of what it is to be in the military. [The] Mission Continues allows us to make those relationships again, to serve again and be part of something that’s bigger than we are,” he said.

“I feel like he’s helping others in the city see that veterans are out making a difference and that we can be positive contributors in the community,” Jimenez said.

Martinez’s children are also following his example. His two oldest sons, Jose and Isaiah, are frequent volunteers. Martinez encourages platoon members to bring their children along – “so that we can start building a community that is dedicated to service.”