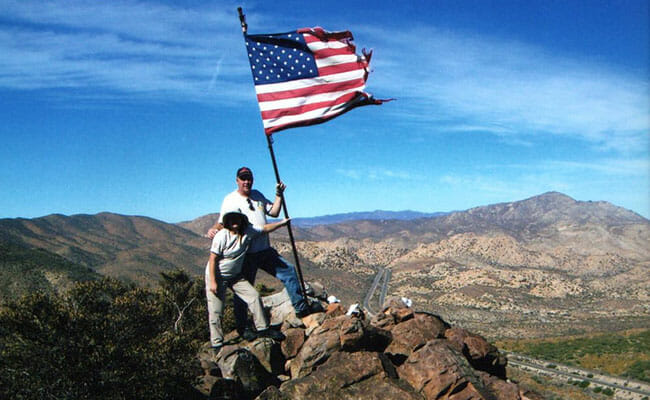 Sixty miles east of San Diego is Boulevard, California, a rural mountain town that’s seen a recent resurgence of support thanks to local volunteers. The Daubach family has been central to this volunteer engagement, leading the charge to excite others about getting involved.

Ken and Tammy and their three daughters, Michelle, 29, Kristy, 25, and Sherry, 17, moved to Boulevard 18 years ago to get away from the city life. Shortly after they moved, the volunteer fire department Ken joined was shut down. Ken and Tammy actively pursued the local government to get a new fire department in place.

“That was the first thing we brought to the community,” Tammy said. “We were new and had to build a level of trust among people, but bringing the community together for this helped them realize we’re serious and we care.”

From there, the Daubach family has continued to be leaders in the town, working to bring more resources and people together throughout their time there.

“After we opened the fire house, we had a big event and invited everyone in the five local communities and all the fire chiefs, border patrol and sheriff members,” Tammy said. “Nearly 300 people came, and it helped everyone to get to know each other. The officials realized the people up here are important and need support, and the people in town realized they can approach the people in power and work with them towards necessary solutions.”

The Daubach family’s role as the facilitator of services in town has motivated others to get involved. Four years ago, a class called the Residential Leadership Academy was offered to help residents figure out community problems and go to the community supervisor to get help. Tammy and her daughters identified the biggest community issue was garbage. 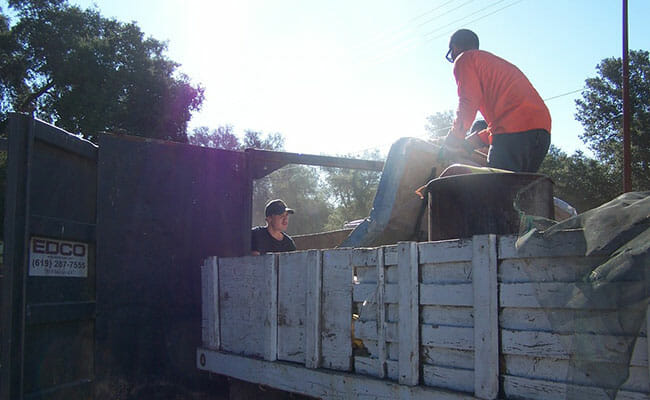 “There is no garbage service out here, and people can’t afford it,” Tammy said. “They will burn it, bury it illegally, or make their own landfills, which is dangerous because we’re in a high fire area.”

Tammy and her daughters quickly went to work. They took photos of the issue areas, set a meeting with the board of supervisors, and lobbied the county to secure a free garbage disposal pick-up once a year.

But their work didn’t stop there. Leading up to the disposal day, they engaged the whole community to prepare and get trash to pick-up locations, and to help the local community members – especially the elderly – connect with the resources they needed for assistance. The community’s most recent trash pick-up day resulted in the disposal of 98.5 tons of garbage, including 700 tires.

“It’s about motivating others to get involved,” Tammy said. “We’ve worked hard to help get the idea out of people’s head that young and old people are useless. Everyone has something to contribute.”

This concept is the backbone of the Daubach family’s volunteer work. While they do receive grants and try to find assistance, they recognize that is not a long-term solution.

“You have to find solutions that are self-sustainable so people can be part of the community and all be responsible,” Tammy said. “Ask what people need and figure out a solution. When you lead by example and help someone, they realize they can do things, too. It’s [about] empowering and uplifting people.”

Find opportunities to get involved in your community at www.allforgood.org.