Columbus, Neb., is a small city where, for young people, the largest social event of the year is the high school prom. It’s also a city with high poverty rates, and each year hundreds of girls pass on going to the prom because of the cost of formal dresses. 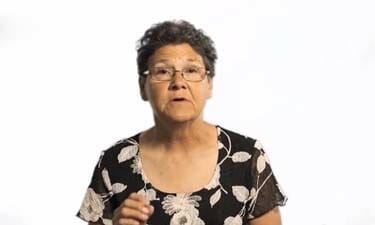 In 2007, Jean Kamrath, a nurse at Columbus High School, started working to break down this social barrier. She launched Closet Extravaganza, a program that has provided free prom dresses – and often shoes, handbags and makeup – to more than 650 girls who otherwise couldn’t have afforded to attend their proms.

“I’m not trying to cure cancer or solve any other great problems, but I’m grateful that in my community, I can help girls in their formative, adolescent years feel socially included,” says Kamrath, who has worked at Columbus High School for 24 years.

Closet Extravaganza all began with one girl, Tammy, who stopped in Kamrath’s office regularly to have her blood sugar checked. 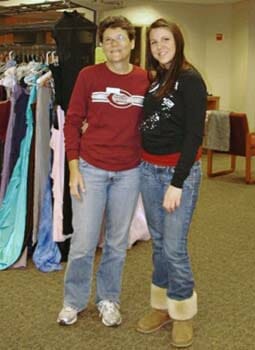 “During one visit, I asked Tammy casually if she was going to the prom,” says Kamrath. “She looked very sad and told me it was too expensive. For some reason, I asked, ‘Would you go if you had a dress?’ and her face changed and she said, ‘Of course!’ So I called my youngest daughter, Molly, at college, and she said I could give Tammy any of her dresses. We found a nice, white satin dress, which I brought to school. Tammy tried it on in my office, flashed a smile as wide as Texas and said, ‘I’m actually going to the prom!’”

Kamrath then worked behind the scenes to get the girl a free ticket.

“Before I knew it, Tammy was back in my office with three friends, asking if I could find dresses for them as well,” says Kamrath. “I got back on the phone to Molly, who enlisted the help of her Gamma Phi Beta sorority sisters. They were incredible. Molly came home that weekend with a carload of dresses that her friends had donated. I realized then that we were running a program.”

Columbus High School agreed to let Kamrath use its media center for a day to distribute dresses. Kamrath sent letters to the city’s two other high schools. By the time of the first Closet Extravaganza event, Kamrath, Molly and Molly’s friends had gathered 200 dresses. Sixty girls showed up to shop for free, and all found dresses.

The program has grown steadily since. Because all Columbus high schools hold junior/senior proms, Kamrath holds Closet Extravaganza every two years to build up enough stock. Kamrath is now collecting dresses to distribute in February.

After its successful debut in 2007, Kamrath has been invited to appear on local radio to promote the program, and the Columbus Women’s Club has provided donations, including free shopping bags and subsidized prom tickets for girls from low-income families. In 2009, Mary Kay cosmetics came on board as a sponsor, providing free makeup kits to every Closet Extravaganza shopper. In Extravaganza’s biggest year, 2011, 250 girls found dresses from more than 700 that had been donated.

“It’s been a rewarding experience for me,” says Kamrath. “It helps these girls on many levels. First, they get to step out of poverty for a night and look and feel – and be treated – like princesses. But beyond that, it teaches them that they can achieve more, work for greater things in their lives, and live their dreams. I’ve seen it have that effect, and it keeps me excited about going to school each day.”