Today, we celebrate the 95th birthday of Nelson Mandela, and Nelson Mandela Day. Like President George H. W. Bush, Mandela has worked to promote and support the capacity of the individual to effect positive change in service to others. At MandelaDay.com, volunteer activities and events demonstrate the global movement for good. Mandela’s grandsons, Ndaba and Kweku, join with President Bush and Points of Light in honoring Kathy Eldon, co-founder of Creative Visions Foundation, as winner of today’s Daily Point of Light Award for her work in Africa and around the world. Read her story below. 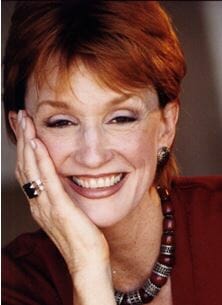 As a 16-year-old exchange student living in apartheid-era South Africa, Kathy Eldon experienced the tensions of the time and saw what social injustice looked like.

The Iowa native’s host family was related to Bram Fischer, the anti-apartheid activist who led Nelson Mandela’s legal team during the trial that resulted in Mandela’s life prison sentence. Eldon, who stayed with the family in 1963, came to look upon Fischer as one of her first inspirations for doing good in the world.

In the late 1970s, Eldon returned to Africa, moving from England with her husband and two children to Kenya. There, as a journalist, she witnessed courageous social activism in action. Her son, Dan, who followed her into journalism, would ultimately, tragically die in Africa at age 22 – beaten to death by an angry mob in Somalia while on assignment as a Reuters photographer.

Dan’s death in 1993 inspired Eldon and her daughter, Amy, to found the Creative Visions Foundation. Since its creation in 1998, the Malibu, Calif.-based foundation has helped “creative activists” – people who use the media and arts to effect social change – raise $11.2 million for more than 150 projects on five continents, reaching audiences of more than 90 million worldwide.

“After Dan’s death, we learned that he had kept several journals detailing his commitment to social activism,” says Eldon. “His journals became the basis for three books, and I later learned that his story had served as an inspiration to the activist founders of Invisible Children and TOMS Shoes.”

Eldon began to see a pattern of inspiration. When Dan was a child, he met the courageous Kenyan journalists who worked with Eldon. Later, he heard Bishop Desmond Tutu speak in South Africa and became inspired by the life of Nelson Mandela. When Dan’s journals were published, his own activist spark inspired others, including Eldon. In fact, she is now working with Mandela’s family on a project aimed at inspiring and empowering young people.

“I think Creative Visions is part of an endless process of sparks that ignite creative activism,” says Eldon, an award-winning filmmaker and producer. “We act as an incubator, academy and an agency for creative activists: storytellers using art, music, dance, drama and film to create awareness and ignite positive social action.”

Eldon’s foundation teaches the artists about the basics of fundraising and guides them to funding sources. But most importantly, Eldon adds, the foundation brings those artists together in a nurturing, collaborative environment. Among the projects the foundation has supported: the construction of a school for 50 orphans in a rural African village; a DJ studio arts program for teenagers recovering from substance abuse; and yoga classes for hundreds of homeless people.