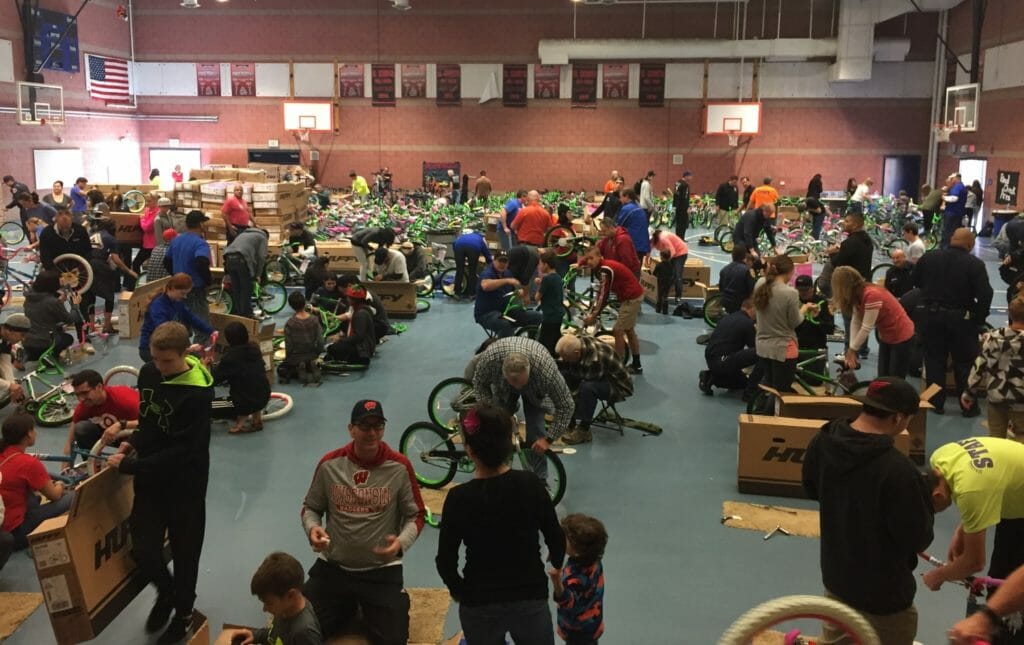 John White says buying a new bicycle for his daughter made him pause, as the Corona, California resident’s mind cycled through all the students he’d taught over his career who didn’t own a bike because their parents couldn’t afford one.

6 months later, the 54-year-old middle school teacher created a project during a leadership class that was designed to strengthen the bond between impoverished students and teachers through bicycle donations and keep kids in school. Founding Bicycles for Children, what began as an initial goal to gift bikes to 32 elementary students in 2012 has blossomed into an organization that has donated over 4,700 bicycles and helmets to students across 100 elementary schools and five school districts in California.

Through fundraising, community events and private and business donations, John is providing bicycles to needy and deserving children while also instilling a deeper connection to their school and educators, and is today’s Daily Point of Light award honoree. Points of Light spoke to John to learn more about his volunteerism with Bicycles for Children.

I hated that something so monumental in a child’s life wasn’t an option for some because of financial concerns. When you’re focusing on buying food and putting enough money together for rent, a bike is a non-necessary. My idea was originally intended as a one time deal, or so I though and it went over so well, it just continued. 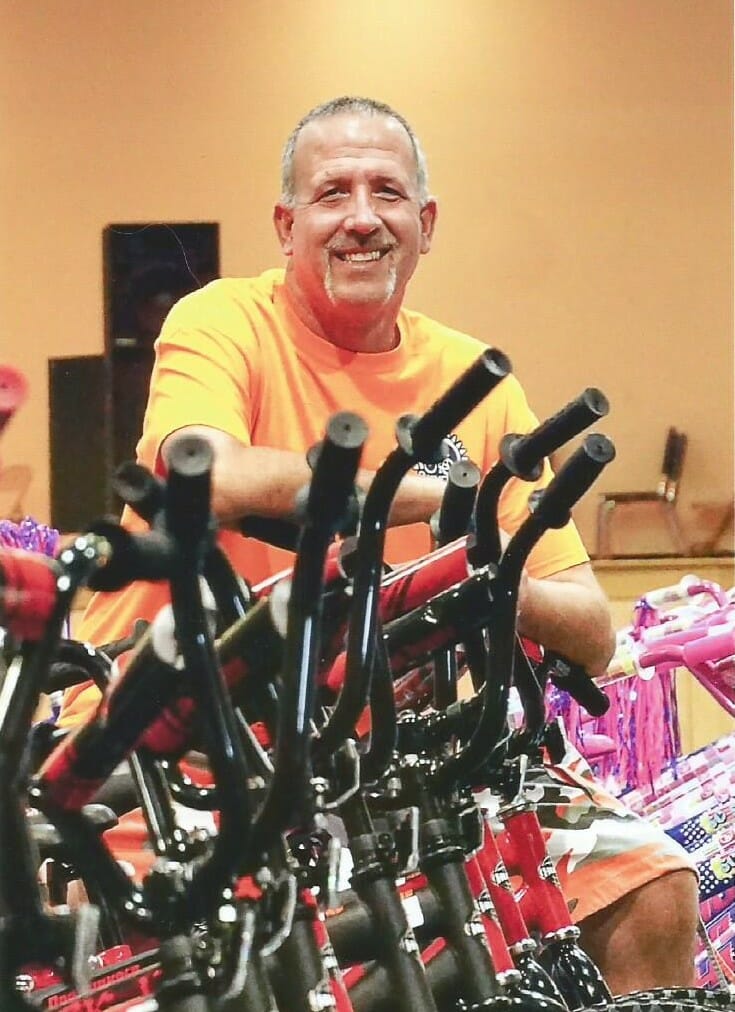 Explain the impact behind donating bikes to students.

I wanted the process to be three pronged. Primarily, impoverished and deserving children receive bicycles. Secondly, as a teacher, we want to create a home/school connection for the child. This means that we’re strengthening the bond between school and student, and when a teacher delivers a bike to a child at their home, it shows the student that their educator cares about them, which in turn encourages the student to work harder in school and do better in classes. Lastly, the program gave kids who needed volunteer hours for school a chance to experience true volunteerism.

Describe your volunteer role at Bicycles for Children.

Day to day, I’m corresponding with local companies soliciting donations, or talking to vendors about helmet donations. I also work closely with school districts and principals to raise awareness about the program and determine their bike needs. November and December are crunch months as we get closer to bike donation day. During a select few days in December, up to 300 volunteers show up to assemble bikes. Teachers and school employees from each school will pick up the bicycles and helmets and deliver them to the students before Christmas Day.

Who benefits from these donations?

While we’ve given away more than 4,700 bikes, I personally have only handed out three of them. I stay behind the scenes and give bikes to the schools based upon their poverty level. I ask schools to not use behavior or attendance or grades against the kid in determining who deserves a bike. We provide what is typically a child’s first bike to students K-6, but also provide mountain bikes to foster kids and middle school students who we hear are struggling to get to school because of a long walk, or are just in need. We also donate bicycles to local police, sheriff and fire departments, churches, local YMCAs and programs that work with kids in need.

Why are these bikes so meaningful to foster children?

Our second year, a teacher drove 40 miles to bring a bike to a former student who had moved to a new foster family. When she checked back in with the child two weeks later, his foster mom said the boy had been riding the bike nonstop since he received it. When the teacher asked him why he’d been on his bike so much, he told her that the bike was the only thing that was truly his. 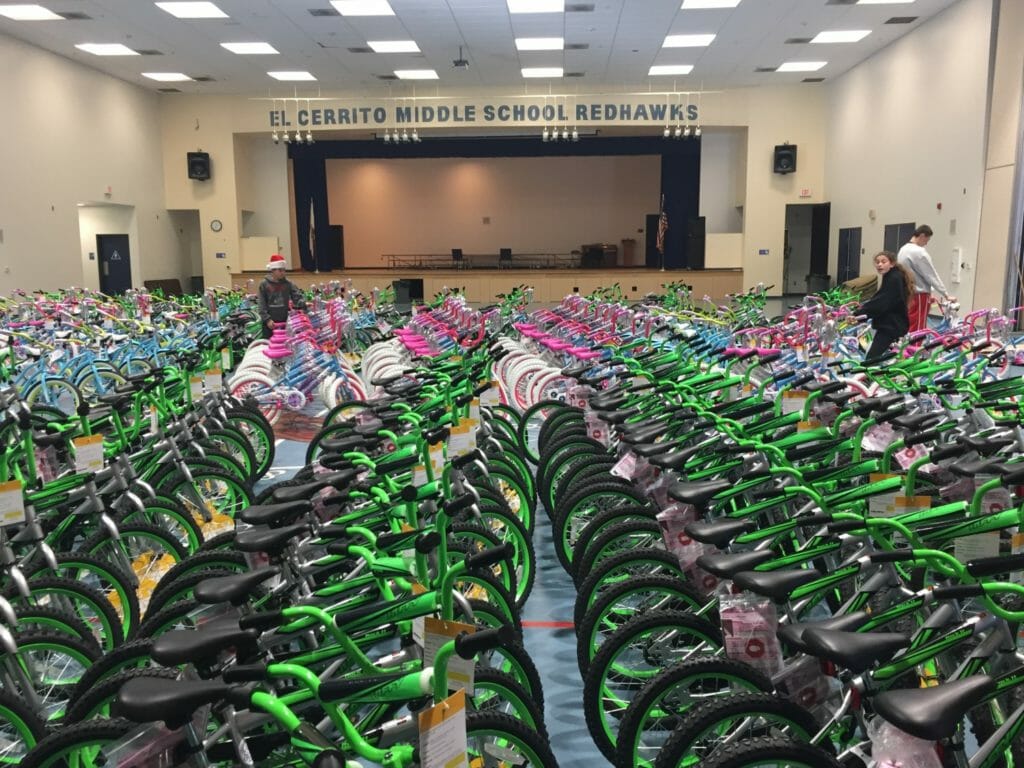 Can you share another impactful story with me from your volunteerism?

My very first year, a teacher came back after she’d dropped a bike off with her student. Her face was very red with emotion, and she thanked me for the program. I was shocked when I saw her, and she explained that when she went to deliver the donated bike, she realized that her student was living with his parents in a shed at the back of a property that had a bed sheet as a door. The teacher was floored, she didn’t know that about one of her students was living in a shed, or how he was getting any work done there.

Tell me about the unexpected impact of these donations.

It’s the power with the unexpected of what we’re able to do. That’s the cool thing in this. We have a gentleman who donates money every year to our cause because someone gave him a bike when he was 6-years-old. He sees this as way to pay it forward. He’s personally donated 800 bikes.

What’s one thing you want readers to take away from your service?

I tell my students that every action done in a positive way has the potential to have an even greater positive effect on others.

Do you have an event coming up that you’re excited about?

Bicycles for Children is hosting a golf tournament in late spring 2019. Check our website for more information about participating, and how you can help: http://bicyclesforchildren.org/.

Do you want to make a difference in your community like John White? Visit All For Good for local volunteer opportunities.

A Life Changing Summer of Service in Detroit

See How These Volunteers Won $10,000 Grants Making a Difference and How You Can, Too