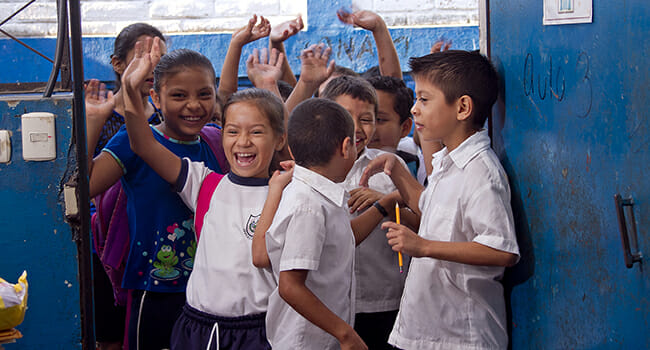 A legacy of civil war and unrest has left the Central American region known as the Northern Triangle – El Salvador, Guatemala and Honduras – plagued with violence and fragile institutions. In fact, recent developments in Guatemala increasingly suggest the potential for a “Central American spring” as protestors, tired of corruption and violence, come forth to denounce their governments and demand accountability from leaders, according to the Council on Foreign Relations. In the meantime, the high rates of violence have caused many citizens, including youth, to flee their countries in search of a better life elsewhere.

The result has been a greater push by social organizations in these countries and bordering nations to support youth and, ideally, equip them to spark change and improve their communities – rather than leave them. Glasswing International is one such organization.

Glasswing International, a Points of Light affiliate founded in 2007, has helped more than 800,000 people through education, health, employment and entrepreneurship, community empowerment and other special initiatives. The organization has made it a priority to provide opportunities for young people to succeed. Over the last 10 years, an estimated 254,000 children have benefited from their education programs. The hope is that by providing kids with resources and opportunities, the youth they engage will grow to become leaders in their own communities, paying forward the support they received.

Founded in El Salvador, Glasswing has since expanded to have offices in seven other countries – Honduras, Guatemala, Costa Rica, the United States, the Dominican Republic, Nicaragua and Panama – and programs in a total of 16 countries. Glasswing uses an assets-based rather than needs-based approach, investing in a community’s existing strengths and resources – including its infrastructure and its people. 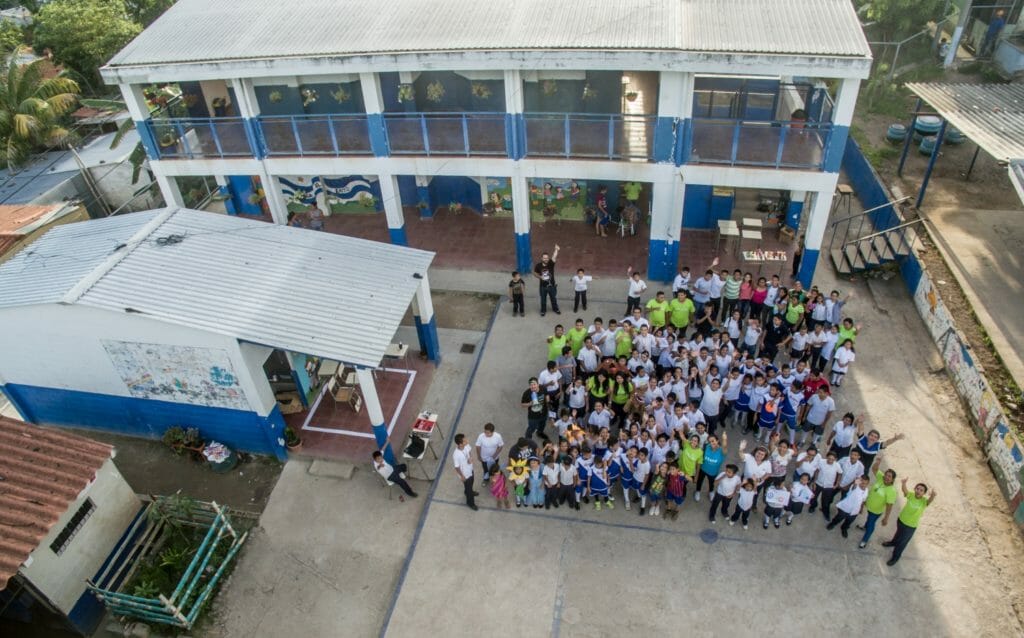 This approach can be seen in Glasswing’s Community Schools initiative, which aims to provide students with a supportive and enriching educational environment.

“We turn public schools into Community Schools,” said Ken Baker, CEO of Glasswing. “Kids in the region go to school for four hours a day and after that, the schools are empty. What we do is offer volunteer-led after-school programs to expand the school day, keeping children and youth off the streets, away from violence, and enabling them to thrive.”

Volunteers are central to operating these programs. Glasswing recruits volunteers from local businesses and organizations, as well as parents and other community members, to facilitate programs, spend time with students, expose them to new things, act as role models and encourage them to be involved in their school and their community. In addition to providing valuable support to the children, Community Schools also help build stronger communities by engaging citizens in the advancement of local youth and stressing the importance of education.

Following the assets-based model, Glasswing tailors these programs to meet the specific needs of each community. Youth are engaged not only as participants, but also as volunteers and peer leaders – and their experiences help inform the process.

“By encouraging young people’s participation in all aspects of our operating structure, we encourage sustainability and empower them to become more active members of their community,” said Alejandra Romero, regional communications fellow at Glasswing. 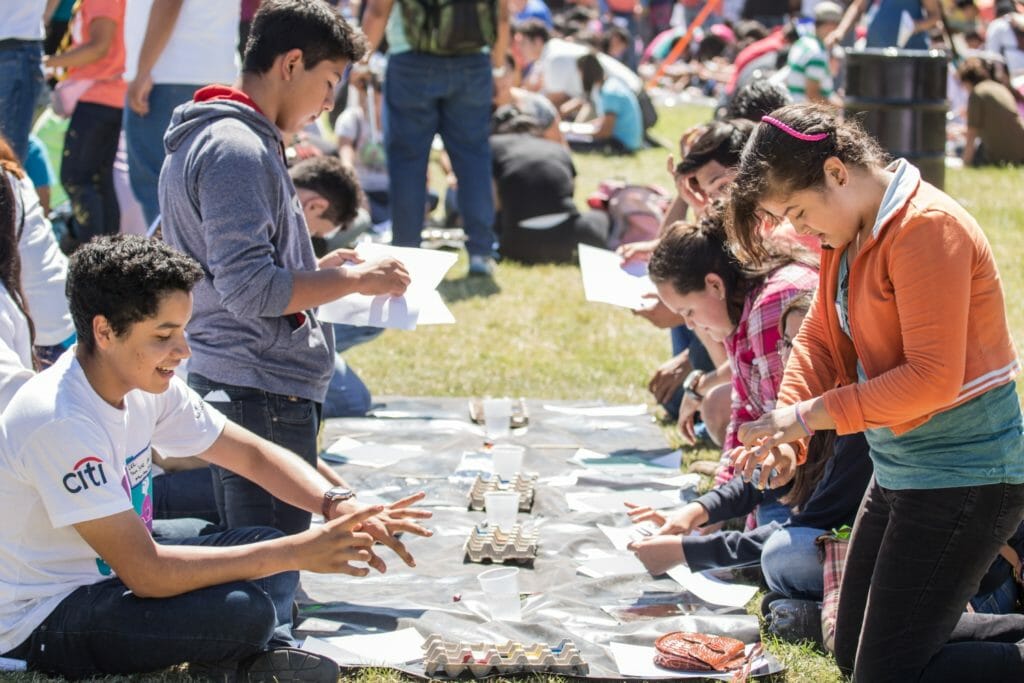 In the fall of 2016, Glasswing organized a two-day youth festival and concert with the goal of uniting youth from El Salvador, Honduras, Guatemala and Nicaragua, encouraging them to interact and engage with each other in a safe space and discover their power to create change. The youth festival and concert, called Generation Now, featured big-name artists like David Guetta as well as local artists and motivational speakers.

In conjunction with the festival, Glasswing also hosted a Regional Youth Forum to provide youth attending Gen Now an opportunity to connect and participate in discussions about leadership, perseverance, identity and a range of other social issues plaguing their countries. Through these discussions, youth identified ways to become part of the solution.

With a focus on having fun, Gen Now also provided an urban art space, where participants could practice artistic pursuits like DJing and break dancing that, in El Salvador, have traditionally been associated with malicious behavior or gang activity.

Alejandra explained that the concert provided youth with “a space to interact with each other – that is, a safe space where they don’t have to worry about the violence that, unfortunately, many of these kids face in the communities they live in.”

The whole event centered on the idea of “yo me atrevo,” meaning I dare to – according to Alejandra, the organization hopes to use this concept to turn Gen Now into a movement, something that youth are thinking about year-round. 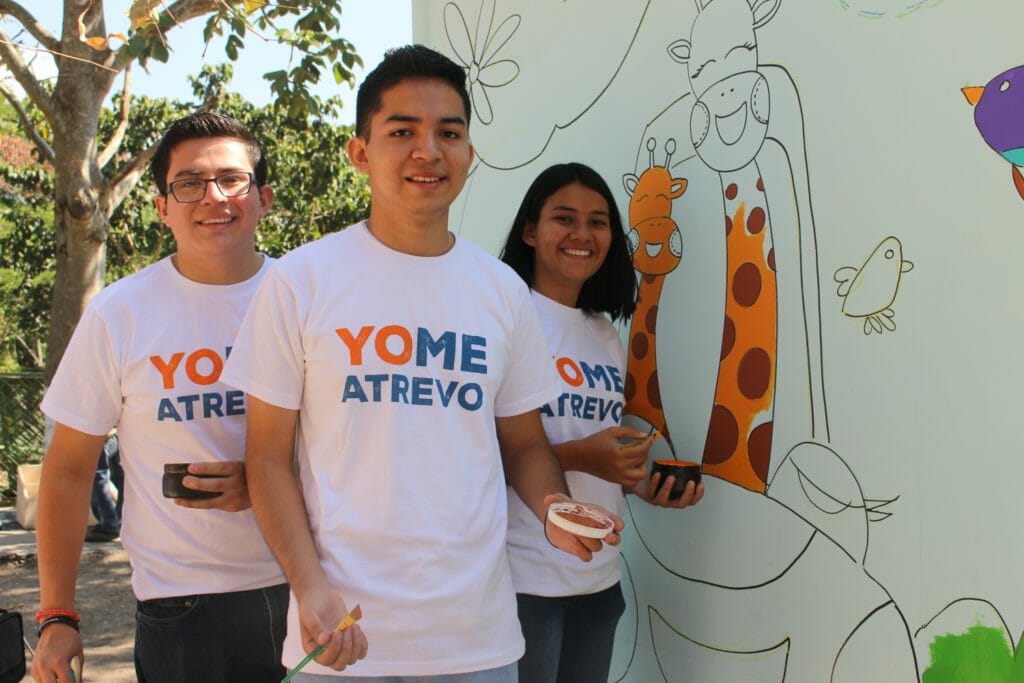 Five months after the Gen Now concert, Glasswing held its first Yo Me Atrevo Contest, which brought together groups of four to five youth to develop proposals for a project to improve their communities. With assistance from adult volunteers from their communities, more than 150 teams from Guatemala, Honduras and El Salvador submitted proposals to a panel of judges. In each country, the top three projects were awarded grants that ranged from $4,000 to $8,000 to help put their proposal into action.

The contest gave young changemakers the necessary tools to improve their communities and encouraged them to “dare” to make a difference. The winning proposal in El Salvador was the Centro Cultural Cristo Redentor – a project that will help improve an at-risk community by expanding the services provided by a community center dedicated to strengthening the arts, hosting sports and other engaging events, and fostering peace by creating a space where people can interact in a positive and meaningful way.

Through programs like these, Glasswing hopes to continue engaging youth and providing them with the resources to create change around them. And they have already seen some promising results – students who have graduated from their community schools program have returned as volunteers for their youth-focused programs and continue to come back school year after school year.