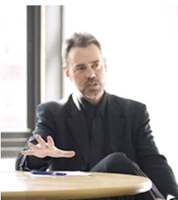 Many of us have looked at the night sky and been awestruck by the mystery of space…and the stars. With just our naked eye, we can see roughly 2,500 brilliant stars that are millions of miles away. I’m sure many of you have joined me looking up on a few amazing, star-filled nights and said “Wow!”

The stars that we see, however, are ONLY a tip of the inspiration that truly exists when we look up.

After a recent visit to the Griffith Park Observatory in Los Angeles, I was reminded of some amazing facts. First, our sun is the ONLY star in our solar system (composed of the earth and seven other planets). Our solar system is contained within our galaxy. However, did you know that in our galaxy there are over 400,000,000,000 (billion!) stars just like our sun? AND according to recent super-computer calculations, our galaxy is only ONE of over 500,000,000,000 (billion!) galaxies in the universe!

Now, that’s mind boggling! And to think that we are a part of that!

What does this mean for us? It clearly means that we are part of a universe that is endless in size and possibility. And it leads me to ask this question: when we live in a universe so B-I-G, why do we spend so much of our time thinking so small?

Whenever you feel strangled by either the minutiae or dissatisfaction of your own life or organizational direction, step outside, look up, and ask “What if…?”

Since we live in a “no limits” universe where possibility is greater than we could ever imagine, why not challenge ourselves to think on a universe-sized scale in regard to goals and solutions? Why not consider expanding our own possibility thinking to match the universe in which we live?

Why not ask “What if…?” And this time, think a little bigger.

Scientists estimate that if you counted EVERY grain of sand on the ENTIRE earth, there would still be more stars by a 100 to 1 ratio!

This post comes from Shawn Anderson, ShawnAnderson.com, five-time author, corporate trainer and national speaker on the topics of “possibility thinking and creating opportunity.”

He is also the Founder of the Extra Mile America Foundation, ExtraMileAmerica.org, a non-profit organization empowering people to “go the extra mile” in life.

In 2010, the Foundation led the charge in motivating 116 mayors in 45 different states to declare November 1, 2010, as “Extra Mile Day”…a day to recognize those in the local community going the extra mile.

Join Shawn on Wednesday, June 8th, from 10:30 AM to 12:00 PM, for his session titled The Power of “What if…?” Extra Mile America: Stories of Inspiration, Possibility and Purpose.