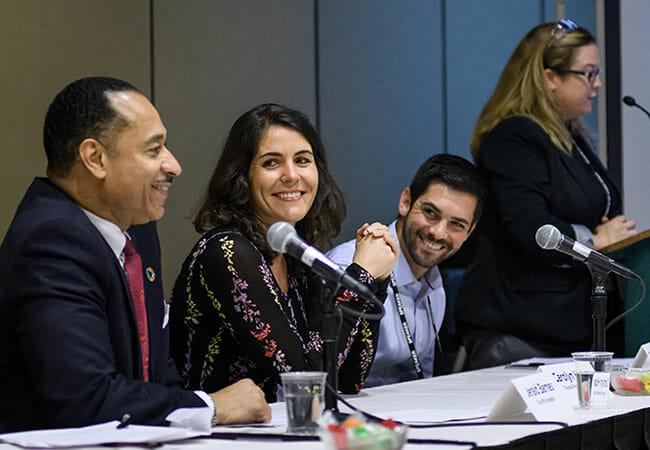 As communities around the world face continuous societal shifts, including, diverse political, economic and social challenges, companies are stepping up as leaders and advocates in social action, policy and community-building. Participants in the Business Path at Service Unites will leave inspired and equipped to amplify corporate values through employee engagement and position their businesses as a force for good.

My first “volunteer conference” was on the college campus of Southern Methodist University in Dallas in 1986. This year, my decades-long journey across America to attend Points of Light’s annual conference on volunteering and service – now called Service Unites – continues in Atlanta, June 18-20. I hope to see you there.

Yes, the original national volunteer conferences were held during the summertime on college campuses, when 500–600 community leaders from corporate America and nonprofit organizations would sleep in empty dorm rooms at Yale, Stanford, SMU and my alma mater, the University of Southern California. We would attend volunteer workshops in available classrooms and lecture halls during the day and we would network in the evening. 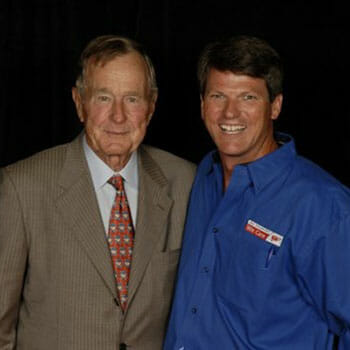 In the many years I’ve spent attending the Points of Light’s conference, I’ve seen a lot. I’ve met presidents and first ladies, the son and brother of a president (here’s looking at you, Neil Bush!), members of Congress, entertainers and athletes – and Jon Bon Jovi.

More importantly, I’ve met people like you who I have learned from, networked with, enjoyed a beer with, and who have helped me be a leader in the field of corporate volunteer management.

And, after more than two decades, I eagerly keep coming back to the Service Unites conference, just like Parrotheads annually migrate to Jimmy Buffett concerts. I registered for the June 2018 conference in Atlanta, paid my ridiculously cheap conference fees, booked my flight and reserved my hotel … all at the end of last year.

The conference registration fee runs from $350 to $550. It’s a real bargain for a three-day conference filled with incredible, inspiring, and gifted speakers and presenters. Geez, there are some other corporate social responsibility conferences that cost $2,500 for two days of meetings.  And rarely are there old guys like me at the podium. Service Unites speakers are diverse, vibrant and inclusive. Heck, I brought my daughter (who was in high school and then college at the time) to three conferences in Washington, D.C., Chicago, and San Francisco – she had a blast meeting and engaging with other service-minded students at these conferences. Today, this mighty millennial proudly works in our field.

Every year I walk away from the conference with at least one huge nugget of information that is a game-changer for how I do my job and lead my company in the community. Examples of recent “one nugget a year” learnings include: the launch of the Civic 50, as thought up by former New York City Mayor Michael Bloomberg; the release of the UN Sustainable Development Goals; United HealthCare’s study about the wellness benefits of volunteering; that “Volun-told-ism” is definitely acceptable (thanks Bea Boccalandro!); and that Bon Jovi’s acoustic rendition of “Livin’ on a Prayer” echoes in my ears louder when whispered solo on a simple acoustic guitar. (Jon Bon Jovi has meaningfully presented at two Points of Light conferences!)

Service Unites. It sure does. Nothing like 3,500 people in a ballroom riveted to an inspiring and informative plenary speaker. And, sometimes that incredible featured special guest speaker is only 12 years old! And, the workshops – there is so much to choose from in your area or field of interest:  business, nonprofit, government, faith, national service, higher education, youth and more. Pick your path and run down it. It’s your time to learn and share with like-minded colleagues.

Everything I wanted to learn about volunteer management … With 3,500 attendees, it can be a bit challenging to develop a relationship or build a network in a large plenary or at the workshops. Thus, the hotel lobby (and the bar) is the mecca to meet people from across the country and the entire globe to simply chat. I wear my conference name badge with company name and geographic location.  The relationships and the network I have built from simply talking with a small group of folks in the hotel lobby from an array of cities, states and countries has allowed me to engage in conversations that provide insights on how I can do my job better. And, I have built a network that I can call on later when I am stumped or struggling with a community issue.

Father’s Day, Sunday, June 17, it’s Padres at the Braves! Hats off to Points of Light and the conference planning committee. These folks always book the conference in pretty cool baseball towns when the local team is on the field. Highlights have included the Chicago Cubs, Chicago White Sox, New York Yankees, New York Mets, Kansas City Royals, San Francisco Giants, Philadelphia Phillies, Seattle Mariners, Washington Nationals, Atlanta Braves and Detroit Tigers. I have been to all of these baseball stadiums (“cathedrals”) while attending Service Unites.

That’s it. Five reasons to attend Service Unites. I hope to see you in Atlanta in June! Come to the conference for three days of engagement and learning how you and your organization can best serve others. Yes, Service Unites!