“Garth is one of our generation’s true singer and songwriter legends – but what many people aren’t aware of, is Garth’s commitment and passion for creating viable change in communities across America,” said Neil Bush, chairman of Points of Light. “My father always admired the way Garth used his visibility to support and lift up those in need. And much like my father, Garth is a true humanitarian whose generosity comes from his empathetic compassion for others.”

In 1999, Garth co-founded the innovative Teammates for Kids Foundation, which converts sports statistics into dollars. Teammates for Kids is funded by professional athletes who generously donate based on performance levels in their sport. To date, the foundation has grown to include nearly 5,000 professional athletes to generate funds for children’s charities, focusing on children’s health, education and inner-city outreach, and through building Child Life Zones, supporting youth athletic programs.

Alongside wife Trisha Yearwood, Garth has also volunteered with Habitat for Humanity for more than a decade. Most recently, Garth and Trisha spent a week working with a crew to help build 41 homes in the community of Mishawaka, Indiana, at the 35th Annual Habitat for Humanity Jimmy and Rosalynn Carter Work Project. In 2016, Garth and Trisha were named the inaugural Habitat Humanitarians alongside President Jimmy Carter and former First Lady Rosalynn Carter, recognizing their work as tireless champions of the need for decent, affordable shelter in the U.S. and around the world.

“The fact that this award is a reflection of 41, his beloved Barbara, and the work they believed in is the greatest honor,” said Garth. “An award is only as good as its recipient – my hope and goal is to make the Bush family and the Honorary Chairs proud that Garth Brooks is the first name on this award for caring and compassion.” 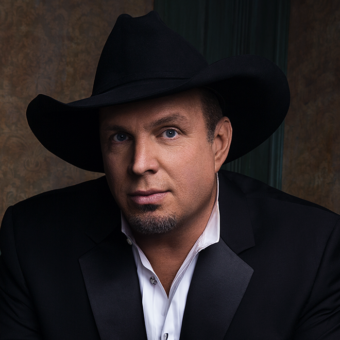