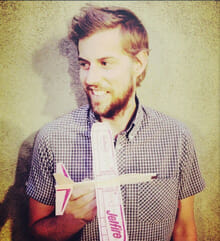 In the spring of 2005, Andrew McMahon and his band Jack’s Mannequin embarked on their first U.S. headlining tour. However, before completing the tour, Andrew paid a visit to his voice doctor because he became concerned about his health. Andrew McMahon soon learned he had Acute Lymphocytic Leukemia at the age of 22.

During his battle with leukemia, he realized there was a severe need for young adult cancer research. Despite being the number one disease killer among young adults, survival rates have not increased since 1975. In an effort to initiate change and provide a voice for the generations of young adults diagnosed with cancer, Andrew founded the Dear Jack Foundation in July of 2006.

The Dear Jack Foundation (DJF) advocates for and supports initiatives that directly benefit young adults battling cancer. The foundation supports organizations that recognize the challenges that the adolescents and young adults faces while undergoing cancer treatment, through targeted research, hospital development, and patient services. Through outreach, collaboration, and focused programs, DJF works to create more positive health outcomes and improved quality of life for all young adults facing this fight.

Andrew is able to influence many people across the country due to his success in the music industry, but he is more than that. An independent artist, Andrew has been a friend to his fans and supporters. He fought cancer and won and instead of walking away from the battle, he has not only connected with individuals around the world fighting the same disease, but he has made it his personal mission to do something about it and to obliterate cancer.