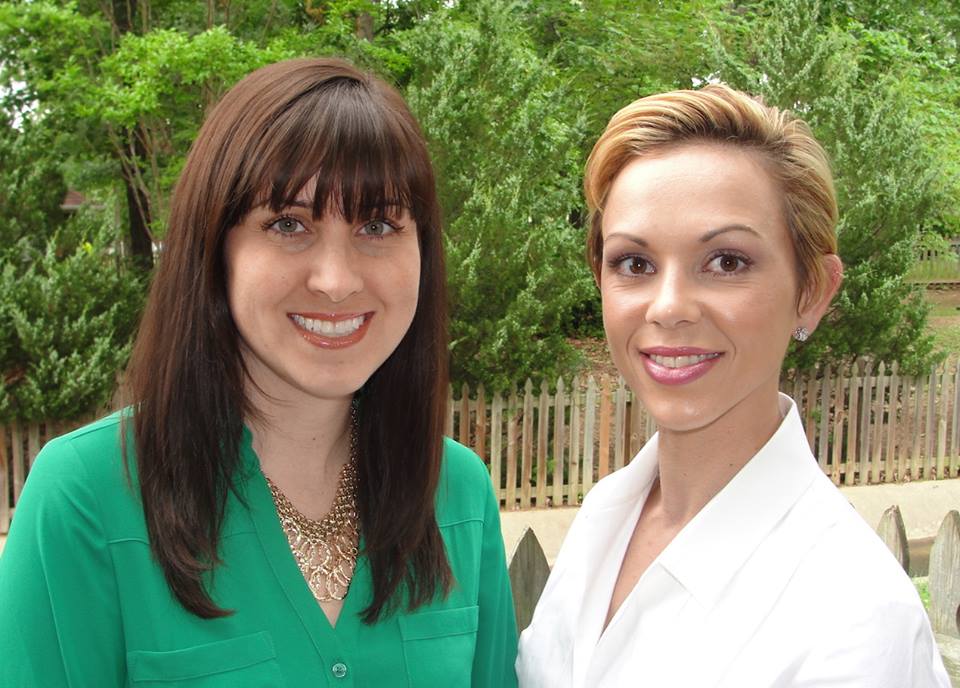 Growing up in western Arkansas, near the Oklahoma border, Jennifer Barker and her cousin, Brittany Hodak, were as close as sisters. As children, they vowed to “make a difference” when they became adults.

“We were fortunate growing up and never struggled with hunger, but it was all around us,” Jennifer said. “My mom was a case worker and my parents became foster parents when I was in my teens. For some kids, the meal they get at school is their only one, and they’re on their own on the weekends. Having seen that firsthand is something I’ll never forget.”

Besides sharing a desire to give-back, the cousins both have an entrepreneurial spirit. Jennifer studied business administration at Oklahoma State University and worked in corporate and nonprofit environments. Brittany started her own company, ZinePak, a successful New York City–based entertainment marketing company.

It was an invitation from the ABC TV series Shark Tank to present ZinePak to the show’s notorious investors that changed the course of their lives in an unexpected way. Brittany was amazed when she was later reimbursed by the show for a generous amount of “per diem expenses” to cover meals and expenses during the show’s taping.

“She was shocked at how much it was,” said Jennifer. “We started doing some research and discovered that professional athletes, entertainers, and corporate executives are routinely paid ‘per diem’ expenses, whether or not they actually need money for food.” An idea was born: the women would create a nonprofit agency that would collect per diem sums from recipients who were willing to redirect the money to food pantries.

Founded in May 2015, Per Diems Against Poverty successfully partnered with Feeding America, an established, nationwide network of 200 food banks, so that money collected could reliably be distributed where most needed.

After coming up with the idea, Brittany and Jennifer dived into researching food insecurity and learned some disturbing truths about the staggering scope of poverty. “At the time, we didn’t realize how pervasive the issue of hunger is across America,” said Jennifer. “Almost 49 million people depend on food banks every year. The more research we did, we found that no such organization existed, so per diems were an untapped resource.” 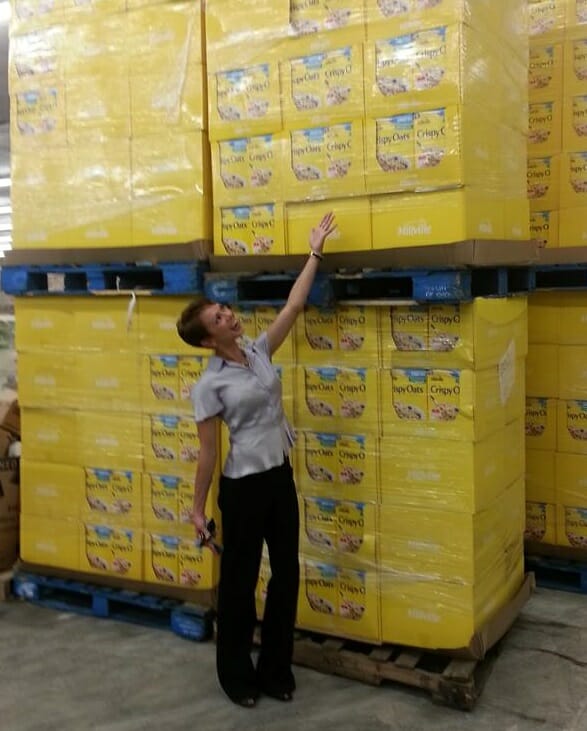 Jennifer also was intrigued to learn how widespread the practice of granting per diems has become. It’s common among sports teams that travel throughout the season, but similar sums are also given to many business professionals who travel.

After Per Diems Against Poverty was featured in a September 2015 article in Forbes, a film production company reached out to Jennifer to see if it, too, could join the movement.

“When they film on location for any TV show, movie, etc., everyone—from the camera crew to the producer to the director to all the actors—receives a minimum $60 per diem each day, and the amount goes up from there,” says Jennifer. “You can imagine how, with a 100-person crew, or on huge sets, it could be 250 people. That could add up really quickly.”

Every dollar collected from an otherwise unused per diem allowance translates to 100 meals that can be distributed through food banks, Jennifer says.

That kind of impact is truly needed. Jennifer Kovacs, director of new partnerships for Feeding America, says the nation’s initial recovery from the Great Recession hasn’t yet reduced the need for food assistance. “A lot of people assume our clients are homeless and jobless,” says Kovacs. “But in many cases, our clients are underemployed, working two and three jobs, to make ends meet. It looks different in every community across the country; however, the need is so great.”

“I work on our new partners, and we’re always looking for unique and innovative ways to help people,” Kovacs explained. “…[with] the passion that Jennifer had for the cause and their commitment to be successful—and with their plan’s potential, we couldn’t not partner with them.”

Jennifer combined the business education she got in college and her past working experience in marketing, public relations, sales, and management to put together a solid business plan. “My background in business administration came in very handy in starting and running this business over the past year,” says Jennifer. “Whether you like to think about it or not, a nonprofit is a business, so there’s a lot to think about and there’s even more red tape to get there.”

While the pair has no previous per-diem program on which to model their start-up, Jennifer says a key to their success is their openness to change.

“As a new nonprofit, we’re very flexible and creative in the way we approach teams and other participants,” she says. For example, professional athletes can choose to donate an entire season’s per diems up front—as New York Mets outfielder Curtis Granderson chose to do in a lump sum of $10,000.

Christina Coleman, spokeswoman for the All-Star ballplayer, says Per Diems Against Poverty also helps athletes—like Curtis—many of whom are already generous donors to causes, to latch onto an ideal way to address hunger. “Curtis is very passionate about the food insecurity issue in this country,” says Christina. Although his charitable foundation has long supported education and youth athletics, “what he saw was, you can create educational opportunities, but if kids aren’t eating, they’re not performing in the classroom and they’re not performing in the field.”

Because Feeding America operates such a large network, players are given the option to choose specific food banks—perhaps one in their hometown, or the team’s city—or both. “Granderson actually split his $10,000 donation among five different food banks,” says Jennifer.

The amount allowed for meals is usually much more than most people would normally eat,” notes Jennifer. “So you could do it a couple of different ways. The employee could waive the per diems and they could go to the local food bank. Or you could have a company matching program, which we’re talking about with a couple companies. We also have talked with a company that if an employee does not spend the entire amount of his or her allotment for that day, the company would donate the remainder.”

Jennifer and Brittany are committed to maintaining a “100 percent giving model.” “One hundred percent of our donations go to our cause to help fight hunger. That’s one thing we’re 100 percent committed to,” says Jennifer.

To achieve this, Jennifer has solicited in-kind donations to cover some services. But expenses such as domain fees, marketing materials, travel expenses, and child care—Jennifer has two young children—are entirely out of pocket. Jennifer says her husband, Joseph, works two full-time jobs, as a firefighter and as a patient services coordinator, to pay the bills, freeing Jennifer to spend her days as a volunteer, making calls, updating the website, and coordinating donations.

“It helps that one of our core values is frugality,” says Jennifer.

Since its founding in May 2015, Per Diems Against Poverty collected enough to provide more than 150,000 meals through the end of that year. The organization is on pace to help provide nearly 1 million meals by the end of 2016.