“These videos give parents the peace of mind of knowing they’ve said what they’d like to say, and it gives children the gift of a lifetime – it gives them their parents,” says Carri Rubinstein, founder of Thru My Eyes, which helps parents with life­threatening illness create a video legacy, at no cost, to be cherished by their children and families.

Rubinstein, a breast cancer survivor for 25 years, has long dedicated herself to raising money for cancer research.  But in 2010, when a terminally ill friend confided that “All I want to do is make a video for my 8­year­old,” Rubinstein knew she’d hit on a way to offer meaningful—and immediate—help to cancer patients.  “The money I’ve raised for research is not going to help the people who have the disease right now,” she said.  “But this would complete what I do – I can help people now and I can help them in the future.” 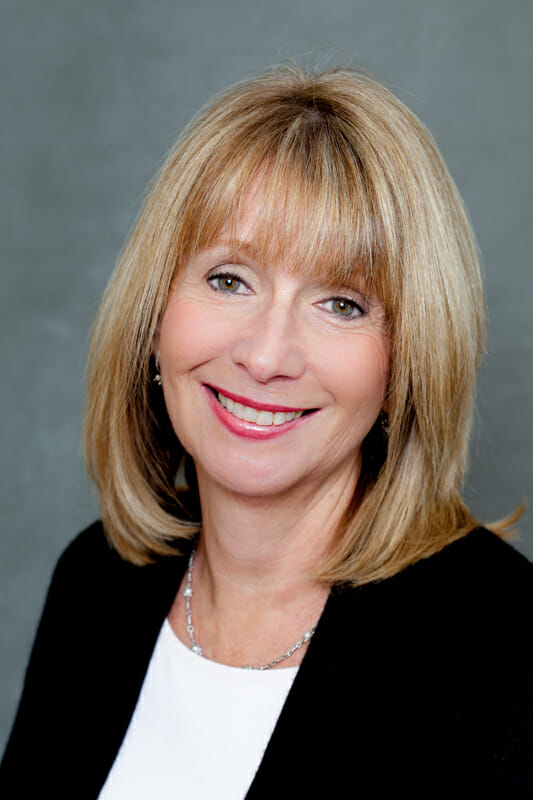 Rubinstein received assistance from her husband, Aaron, an attorney whose law firm donated its services to set up a 501c3 nonprofit agency; and her accountant, who volunteered to be the treasurer.  She approached the gym where her friend had expressed her wish for a video and asked to hold a fundraiser there.  Soon, Rubinstein had raised enough to hire Robert Allen, a professional videographer, and print brochures. Thru My Eyes was born.  Allen created a website and Rubinstein started making presentations to hospitals.  Clients are not charged a penny, although some make voluntary donations.  “These days, health insurance doesn’t cover all costs, so people are fighting just to afford medication,” says Rubinstein.

Since Thru My Eyes fully began operations in 2011, it has created more than 100 videos.  “We’ve gotten to the point where we’re doing one or two per week,” says Rubinstein, who has fulfilled requests from across the U.S. and Canada.  Men and women with any type of life­threatening illness are accepted.  A team of medical professionals offers advice, for example, urging clients with ALS, or Lou Gehrig’s disease, to make their videos soon after diagnosis, before the ability to speak is lost. Carolyn Ngbokoli, a New York mother of two, says her breast cancer is in remission, but she’s glad for the video she made with Thru My Eyes.  “It was very professional and done in a delicate way,” she says.  “My mother died when I was young and I have no video of her. I have no way to hear her voice. What Carri’s doing is just great.”

As requests began to pour in from out of state, Rubinstein and Allen hit on the idea of using Skype to film the videos.  Rubinstein also loans out video cameras so ailing parents can capture precious footage of themselves playing with their children and doing everyday routines. “We’ll incorporate it into the final video, so children get to see their moms and dads at mealtimes, bedtimes, story times and get to see those things they may not remember,” says Rubinstein.

Rubinstein knows the subjects of Thru My Eyes videos are struggling with physical illness and emotional stress.  She makes sure they’re not doing the video alone.  She’s assembled a group of mental health professionals who volunteer their time to talk to the video subjects in advance – and to be there in person during filming.  The professionals have compiled a list of questions to get the ball rolling, such as asking parents to talk about their childhood and career, or to express what they’d like to say to their children on future occasions, such as graduations and weddings.  “Sometimes clients break down,” says Rubinstein.  The professionals offer guidance at a critically vulnerable time, she adds.

Rubinstein goes to the extra effort to stay in touch with clients long after the videos are completed. “Do I go to funerals? Yes,” she says.  “Do I go to happier events? Yes.  They become part of the family.”  Rubinstein even offers clients the chance to update their videos at no charge after five years, if they survive that long.  Many don’t. Rubinstein and her staff hold regular “debriefing” sessions to cope with the sadness they see.  “You know this is not an easy topic,” she said.  “But knowing what you’re giving people, you can do anything. We’re giving them a piece of their parents they can’t get any other way.”