As Texas, Florida and Puerto Rico face the aftermath of Hurricanes Harvey, Irma and Maria, Points of Light is honoring everyday citizens who stepped up to serve their communities during the immediate response and to embark on the long road to recovery. Meet Daily Point of Light Award honoree Zachary Dearing, and nominate an outstanding volunteer you know as a point of light. Zachary Dearing (right) organized a team of volunteers to help evacuees, including several with medical conditions, make it through the night at a Hurricane Harvey storm shelter.

Zachary Dearing was living with his father on a houseboat in Rockport, Texas, when Hurricane Harvey hit. After his father evacuated to Houston, Zachary sought cover at the Live Oaks Learning Center. Upon his arrival at the city-designated shelter, he found that there was no one in charge to help evacuees or even to distribute supplies.

Stepping up to take responsibility, Zachary began directing people in the shelter to go through the classrooms to gather useful supplies such as hand sanitizer, trash cans, and rugs to sleep on. He organized a force of volunteers to help, periodically checking on the people in the shelter, especially those who were frail – including six shelter occupants who required oxygen tanks – and venturing out into the storm to rescue people who had been stranded. With a team of volunteers, Zachary helped more than 200 shelter occupants make it through the night, and worked with local law enforcement agencies to organize evacuation to Austin.

We asked Zachary to tell us more about his experience helping those affected by the storm.

What inspired you to volunteer in response to Hurricane Harvey?

I took action at the Live Oak Learning Center because nothing was being done. The environment inside the school was not a physically or emotionally safe one. I felt that I could change that, or at least try.

Describe your volunteer role at the shelter. 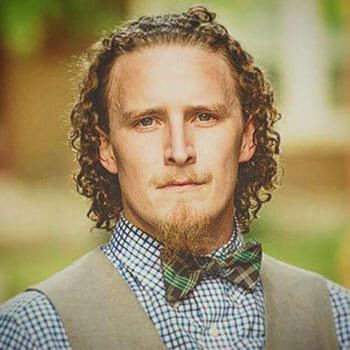 I went to the shelter on Friday to seek refuge with a neighbor of mine. Upon arrival; the power was out, halls were flooded, parts of the ceiling had fallen, toilets were overflowing, and people were roaming dark hallways looking for any dry spot to stay for the night. Of the roughly 90 people in the shelter at that time, roughly 60 percent were elderly and/or wheelchair-bound, six required oxygen and of those, two were hospice patients. I realized that the shelter had no leadership or supplies: we were alone.

I made friends with a few teenagers and saw they were trying to help, but weren’t sure how. I viewed their efforts as an opportunity to organize. Winds were tropical strength but the storm was still hours away. I felt we had to prepare to defend against storm surge, control water leaking from the roof, clean the restrooms, and arrange a plan to evacuate to the roof in need be. None of us had any way to receive storm updates, so I asked, “Who’s ready to work?” All six kids I was speaking with raised their hands. I broke them into teams and we began addressing problems one by one: 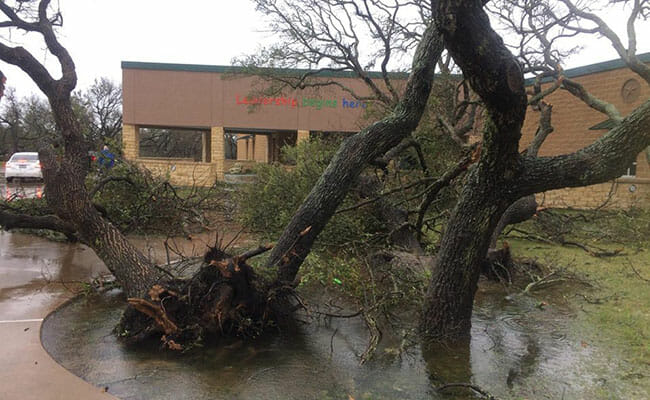 The most rewarding part of my experience has been hearing back from those my team and I helped. Knowing we could be there and provide aid and comfort during their time of need, and feeling that appreciation, is reward enough.

I’ve learned or confirmed a lot about myself, but more importantly, I’ve learned that within people there exists inherent goodness. When times are at their most dire that goodness shows up. Kind hearts come in many forms.

If you are capable, it is always right to DO right by the members of your community. Circumstances arrive, and often during the most inconvenient of times, where those who cannot help themselves require help from those who are in a better position (physically, emotionally, financially) to do so. Always lend a helping hand if you are in the “better” position. As a people, we endure this rugged world together and we do it as friends, family, neighbors – Americans. Do right and pass zero judgement.

I’ve discovered a lot about myself and about the personal gratification I feel from serving others; I’d like to pursue public office.

If nothing else, I’d like people to read our story and understand that:

Firstly, people ARE inherently good, even if those stripes appear only during the most dire of times (what time is better?).

Secondly, kind and compassionate hearts come in a wide variety of packages. One of my teammates, actually one who inspired me greatly to take action, was Mashon Hunt, a 17-year-old mother to a 7-month-old child. She kept a smile on her face throughout our experience and maintained an admirable level of charisma and devotion to duty; I tried to adjust my mindset and that of my team to match hers. You never know where “heroes” will rise …

Zachary Dearing will be recognized at the “Deep From the Heart: The One America Appeal” benefit concert on Oct. 21, 2017, at Reed Arena on the Texas A&M University campus. He will receive his Daily Point of Light Award from Points of Light Chairman Neil Bush, and will be recognized on stage with the five living former presidents, Barack Obama, George W. Bush, Bill Clinton, George H.W. Bush and Jimmy Carter. The presidents launched the One America Appeal on Sept. 7, 2017, to raise funds for Hurricane Harvey relief, and subsequently expanded the initiative to include the regions affected by Hurricanes Irma and Maria. Funds raised will be distributed to Houston Harvey Relief Fund, focusing on the greater Houston region; Rebuild Texas Fund, which distributes funds throughout the state; Florida Disaster Fund; Juntos y Unidos Por Puerto Rico, launched by the territory’s First Lady Beatriz Rossello and a private sector coalition; and The Fund for the Virgin Islands.