As part of generationOn’s Make Your Mark on Hunger campaign, sponsored by C&S Wholesale Grocers, Points of Light is recognizing young changemakers who are helping to alleviate hunger and food insecurities in their community through service. 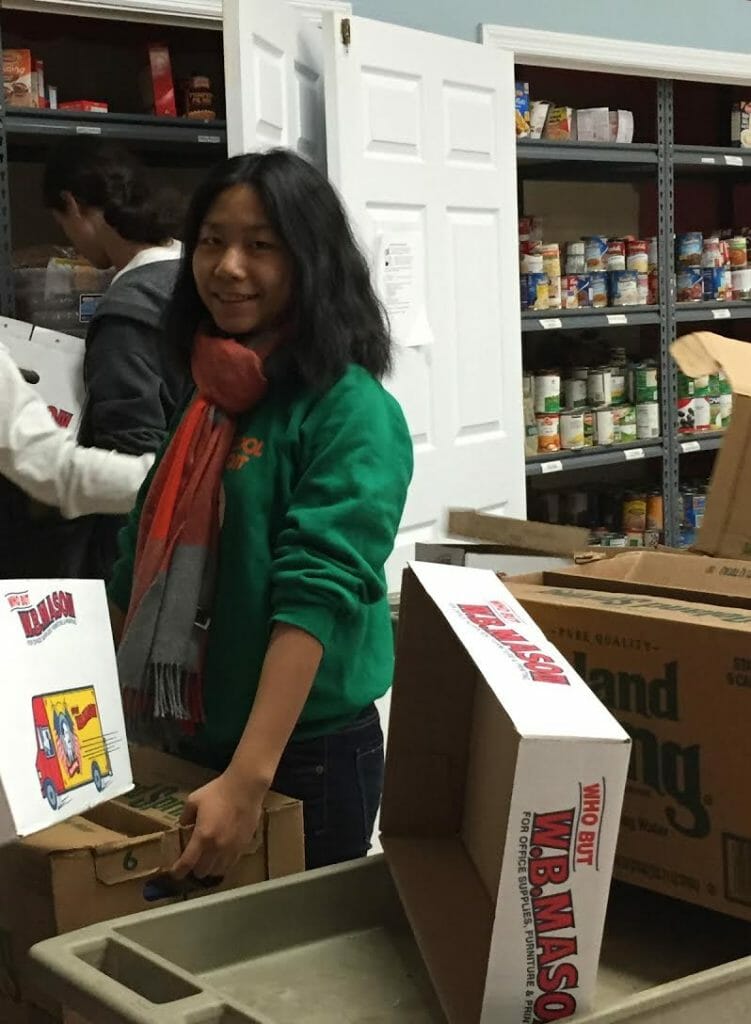 There are many ways to alleviate hunger in a community. Volunteering at food drives and donating to food banks are a few great ones that the majority of people think of. But high schooler Kate Astchinow thought of an idea that just required some effort and a pair of scissors.

Kate Astchinow was in seventh grade when she began to realize how much of a problem hunger was in her community. She was shocked to find out some of her classmates had to attend the Food Pantry in order to eat. So she did something about it.

She founded Cutting Out Hunger, an organization which utilizes the extreme couponing concept to purchase food for the Highland Park Community Food Pantry. The organization has donated over 40,000 dollars’ worth of food and over one million dollars’ worth of coupons for families, especially military families.

The idea of extreme couponing came to her when she recalled how her mother would sometimes coupon, in awe on how much they would save. “I realized how that could be applied to helping others,” said Kate.

Kate first started out just asking friends and family in her community to donate coupons they didn’t need. “They were very willing to donate their coupons because most people don’t actually use them, and they knew it was for a good cause,” said Kate.

Not too long after, Kate applied for and received a town grant, which kickstarted the organization into full gear. Now, Cutting out Hunger is comprised of about 400 students trained in food insecurity. Kate and a few of her friends also began the first club chapter of the organization at her high school.

The group searches through circulars and donated coupons, and shops for food to donate to the pantry  based on the coupons they have, prioritizing sales and deals first. Based off of the food pantry’s need, Cutting Out Hunger purchases the food at a discounted price and donates the food.

It is important to Kate that families in her community are not only getting the food and products they need, but are also being educated on how to help them to be more food secure. Starting this year, Kate is starting EduCutHunger, a program meant to educate people through classes, targeting financially underserved individuals, on how to use coupons to maximize their purchases.

“We want to spread this knowledge to others so we can eventually lessen the reliance on the [Highland Park] food pantry,” said Kate. “There’s a famous quote that says “give a man a fish and he can eat for a day, teach a man to fish and he can feed himself for life” and it’s kind of that same concept being applied here.”

Kate credits all of her friends and volunteers that have brought the program together, and she has some advice for anyone questioning about volunteering in their own communities.

“I would say if you see a cause you’re passionate about, if there is nothing existing you can take your own initiative. “I have learned that when compassion turns into action, it is very powerful.”

To learn more about how you can get involved and Make Your Mark On Hunger, visit www.generationOn.org/hunger.