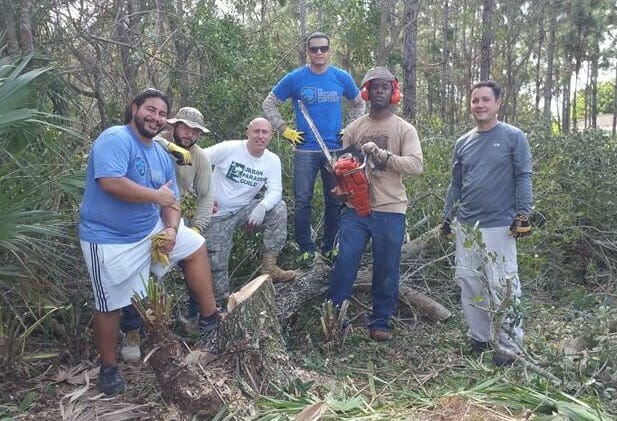 Instead of asking military veterans – including recent combat vets – to volunteer to help their community in traditional ways, Edwin Vasco challenges them with big projects that require a plan, teamwork and tough tasks.

For example, he’s gotten volunteers to work in sweltering Florida heat, digging out invasive species, planting thousands of trees and building sturdy camping platforms in nature preserves and national parks, including the Everglades.  They’ve built “outdoor classrooms” at elementary schools, picked up tons of trash along beaches and built a soccer field for use by immigrant families.

The projects are referred to as “missions.” 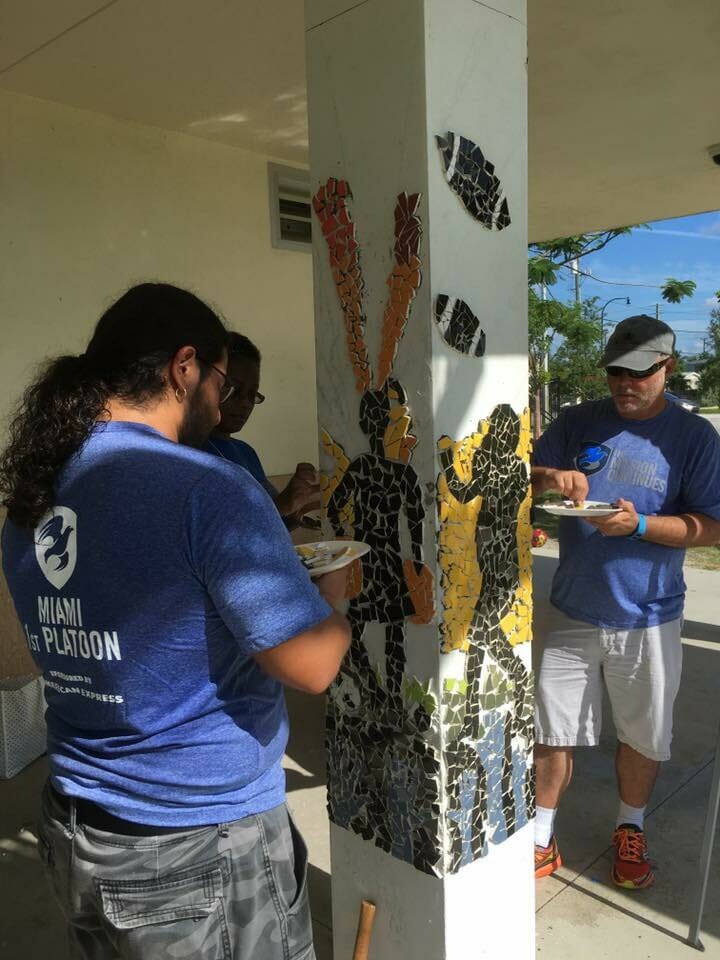 Vasco, who served in Iraq with the U.S. Marines, took charge in 2015 of a newly formed Miami chapter – dubbed a “service platoon” — of The Mission Continues, a St. Louis, Mo.-based organization that’s continuing to grow as more and more military vets find themselves in need of camaraderie and purpose.  Each platoon identifies and carries out community service projects unique to its locale, using logistics, leadership and ingenuity honed in the service.

Within two years, the Miami platoon, which had struggled to get off the ground in 2014 – enlisting only 120 members — soared to 465 members.  Under Vasco’s leadership, the group completed 26 service projects in one year, contributing some 4,800 volunteer hours.

“He built one of the most solid platoons we have across the country,” said Vu Nguyen, a Navy veteran who helped pilot the service platoon program nationally with The Mission Continues. “Our program volunteers are only required to do four service projects a year.  For additional context, it’s pretty hard for most groups to get past the 350-member mark, whereas he got 465 with minimal effort.”

Although Vasco warns his Miami volunteers that projects will likely be “labor-intensive,” and advises them to wear heavy pants, boots and mosquito protection, that actually appeals to veterans like David Restrepo, who served with the Marines in Afghanistan from 2004 to 2005.

“The Mission Continues gives veterans a chance to rise up to any occasion and lead and take charge — to feel like you’re in the military again for a while,” said Restrepo.  “It just makes us feel better.  A lot of the service projects were very challenging, so it felt pretty good when you finished and saw the fruits of your labor.”

Vasco knows first-hand the let-down that many veterans feel upon returning to civilian life.

“It took me a long time to get re-acclimated to civilian life,” said Vasco, 33.  “In the Marine Corps, everybody was working together for a common purpose, vs. in civilian life, people are competing against each other.” 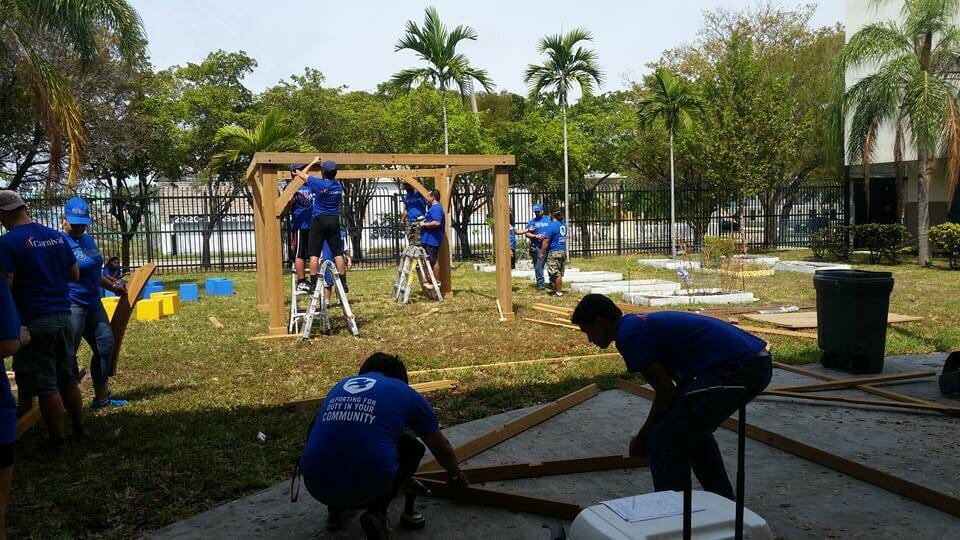 Stacy Roman, who also served with the Marines, says volunteering brings together former service members who understand the tricky transition to what she calls “a completely different lifestyle.”

“While we’re working, we’re talking and a lot of times we hang out afterward,” said Roman.

Vasco, she says, inspires others with his energy.  “I’ve never seen him sit down.”

Vasco says his organization’s volunteer model can be replicated in any community. To find—or create—a service platoon in your state, visit The Mission Continues. And, to learn more about other volunteer opportunities near you, visit All For Good.