Today’s Daily Point of Light Award winner, Melaney Smith, was recognized by L'Oréal Paris and Points of Light as a 2015 Women of Worth honoree for her extraordinary efforts in promoting childhood literacy. Nominate an inspiring woman who is creating change in her community to be one of this year's Women of Worth. 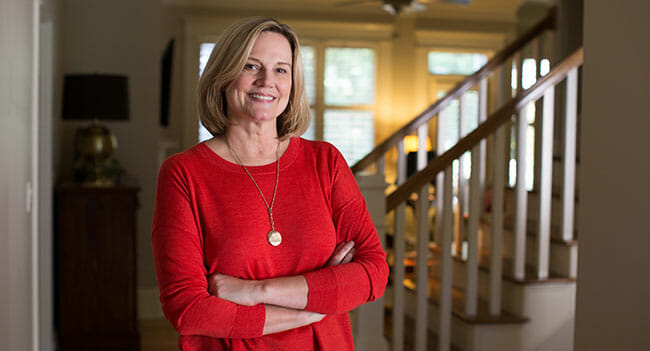 “I grew up reading books, which got me through some of the hardest times of my life, and to think of children having nothing to read, I couldn’t stand that,” says Melaney Smith, founder of Books for Keeps in Athens, Ga. “But once I came to understand the impact it has on their education, the path was clear from that point.”

Smith, an information security analyst, founded Books for Keeps, which gives away tens of thousands of brand-new books each year to schoolchildren across Georgia. Ever since a niece confided to Smith in 2009 that a student she was mentoring wasn’t looking forward to summer because she had no books at home, Smith wanted to do something to correct the void. “That year, we gave away 240 books,” says Smith, who couldn’t bear to single out just one child in the class without giving books to all the classmates. Today, the number of books given away by Books For Keeps is approaching 50,000 a year. 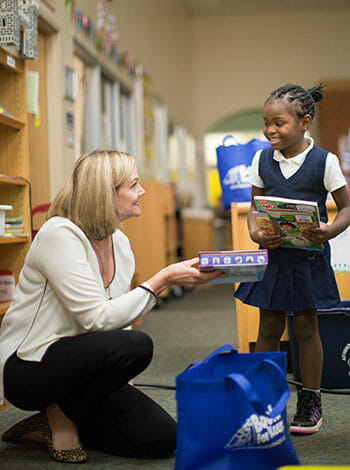 “What really clinched it for me was finding research about ‘summer slide,’” says Smith, warning that students who don’t read over summer break often regress in their studies. It can cause kids to be as many as two grade levels behind their peers by middle school.

Smith discovered many reasons why kids lack books to read at home. Poverty is one. At some Athens schools, 90 percent of the pupils qualify for free or reduced-price lunches. Some families don’t have a car to take their kids to the public library.

“There was one mother who was paying off her children’s past-due book fees by scraping together $5 every Friday,” said Smith, tearing up at the memory. “She was trying to reinstate her children’s privileges at the library. That was a parent who recognized the importance of reading.”

Books For Keeps is so intent on helping students avoid the “summer slide,” that it gives each child not just one, but 12 books. The program has expanded to 10 schools across the state. Once established at a school, BFK returns year after year. “I don’t ever want to pull out of a school,” says Smith. “We are working on a strategic plan to add 15 more schools,” she says.

Alps Road Elementary School librarian Naomi Craver says BFK is bringing more kids into the school’s library. “They get really excited, especially about books in a series,” she says. “Once they’ve read the one they got from Books For Keeps, they really want that next one.”

Books For Keeps actually asks schoolchildren in advance which book titles they want. Books are mostly new, and reflect the latest authors and subjects that kids seek. Students complete exit surveys that guide the following year’s selections. For some kids, having a choice is key. For example, Linda Renzulli’s 9-year-old daughter, who never liked to sit still and read, chose cookbooks. “She reads those and then tries the recipes with me,” said Renzulli. Books For Keeps also provided simple readers and picture books that appealed to Renzulli’s kindergartner. “Best of all, my daughter is willing to read them to him,” she says.

Renzulli, who teaches sociology at the University of Georgia, says she felt guilty at first to accept the free books. “We do purchase books, and we can afford to,” she says. But she realized that distributing books to the entire class removes any suggestion that summer reading is only for one income class or another. Inspired by Smith’s generosity, Renzulli now donates money to Books For Keeps.

Smith admits that at times, the effort required to get Books for Keeps off the ground was overwhelming. “Books are heavy,” she says. “A pallet weighs about a ton, and we probably process 30 or 40 tons a year.” Smith eventually hired an executive director to help with fundraising and coordination. Everyone else, including Smith, volunteers their time (and strong backs.)

Smith says she never thought herself capable of helping so many children. “I still can’t believe it,” she says. “I’m not a teacher; I don’t have children; I have no background in literacy or childhood education. I guess I was at the right place at the right time, the planets aligned, I don’t know. I see these kids face-to-face, year after year, and I see their teachers and the principals and the media specialists and I hear what a difference it’s making. How do you drop out of something like that? It’s become the passion of my life.”

If you know a woman who works to create lasting and significant change in her community, nominate her to be one of the 2016 Women of Worth.