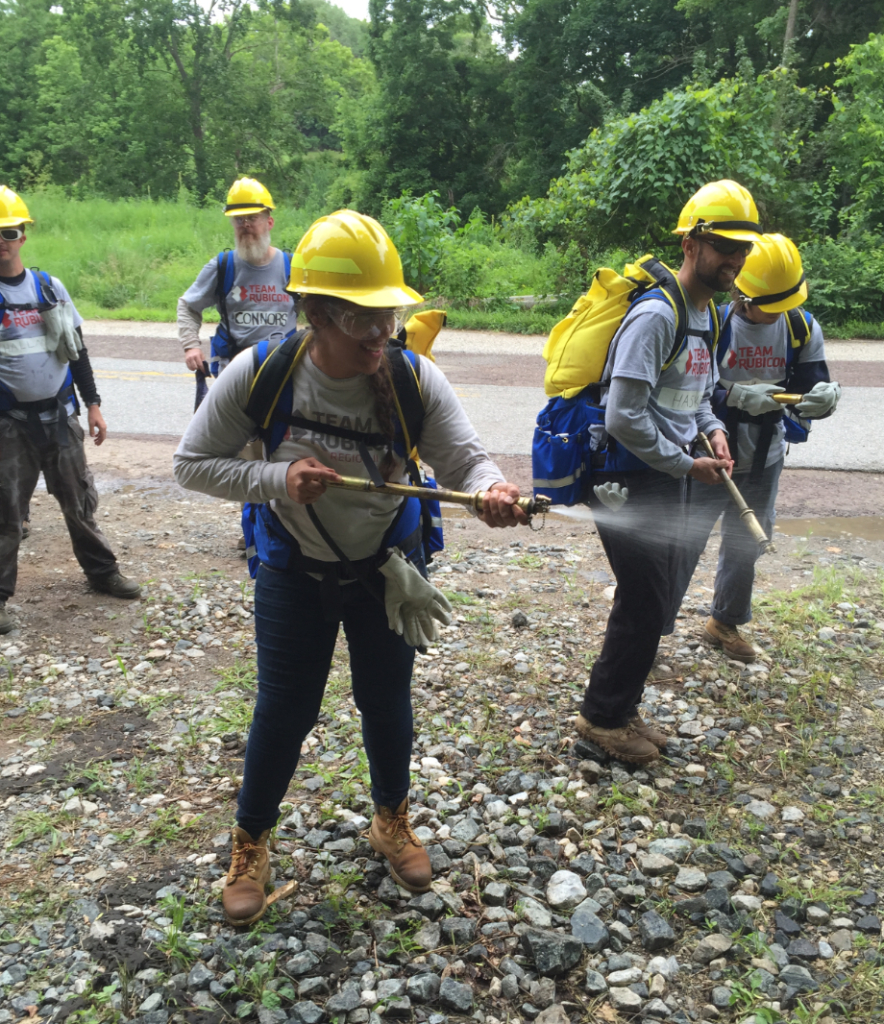 Janelle Colon learned the effects of being a good volunteer early in life. Her Big Sister in the Big Brother/Big Sister program helped her break out of her shell and set her on a life-long course for helping others.

Today, Janelle devotes her time to working with those who suffer natural disasters or other hardships, as well as young children who need a positive influence and mentor. To her, giving of her time is an automatic response to seeing those who are in need. Points of Light talked with Janelle about her volunteer service and her plans for the future.

Tell me about your work with Team Rubicon. What is it, and why did you get involved?

I got involved with Team Rubicon by watching a moving video about people whose home was devastated when they lost everything to Hurricane Sandy. They’re an organization that goes in and helps provide services to people who’ve been the victims of natural disasters. I was inspired by it because it was a group of primarily military veterans, and my mom is an Army veteran. As soon as I left that meeting, I signed up. 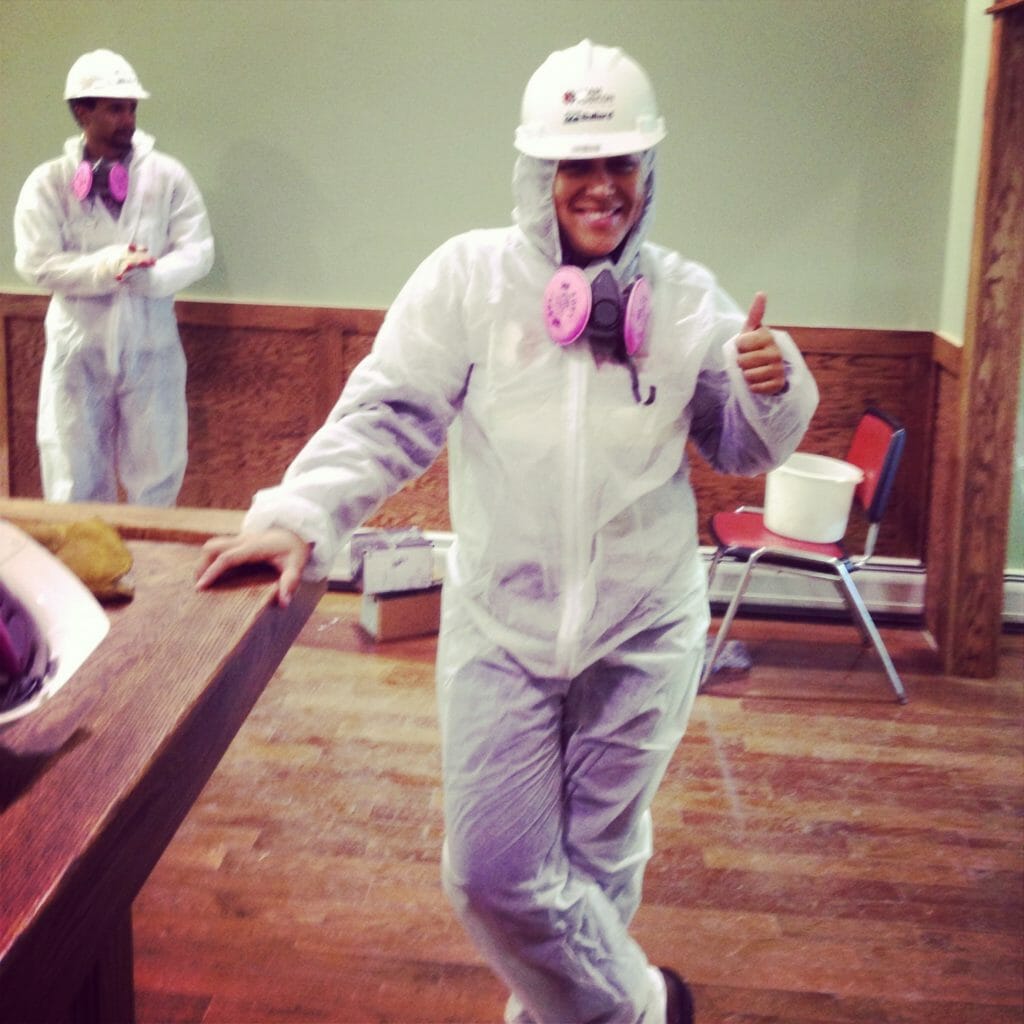 What are your activities there? Why is this so important?

I am the New York State Engagement Coordinator. I pretty much look for events and stuff that we can have in communities so we can get things going to offer help. For example, we’ve worked with Habitat for Humanity to build for veterans. We found homes that were recently flooded and helped them gut out the area that was damaged so they can start the process of rebuilding sooner. We also helped a Marine veteran out on Long Island. He was moving, so we helped him because he was disabled. We packed him and moved it all. We do things like that where we’re not directly responding to immediate disasters, but we’re still helping out in the veteran community in some way or just helping the community at large.

It doesn’t have to be a veteran. It can be a civilian. If there’s major flooding, but it’s not considered a disaster along the magnitude of Hurricane Sandy, but it affects a lot of people, then we’ll go out and help people in their homes. It’s really anyone who requires assistance. In Team Rubicon, we have a large amount of civilian volunteers, but we also have many more that are veterans or first responders.

The reason why the organization is based on veterans is because they realize that after serving in the military, our veterans have this need that doesn’t always get fulfilled. When they reintegrate into the community, they sometimes have a tough time because they don’t feel they’re fulfilling the same needs as they were in the military. So, we actually call our missions Ops – it gives them the same structure from the military, and they feel the same fulfillment of giving back and serving. I have zero military experience myself, but my family is very military-oriented. It’s always been something that my parents have raised me around, and I have a great appreciation for it. When I saw the video about what these veterans do, I wanted to give back. 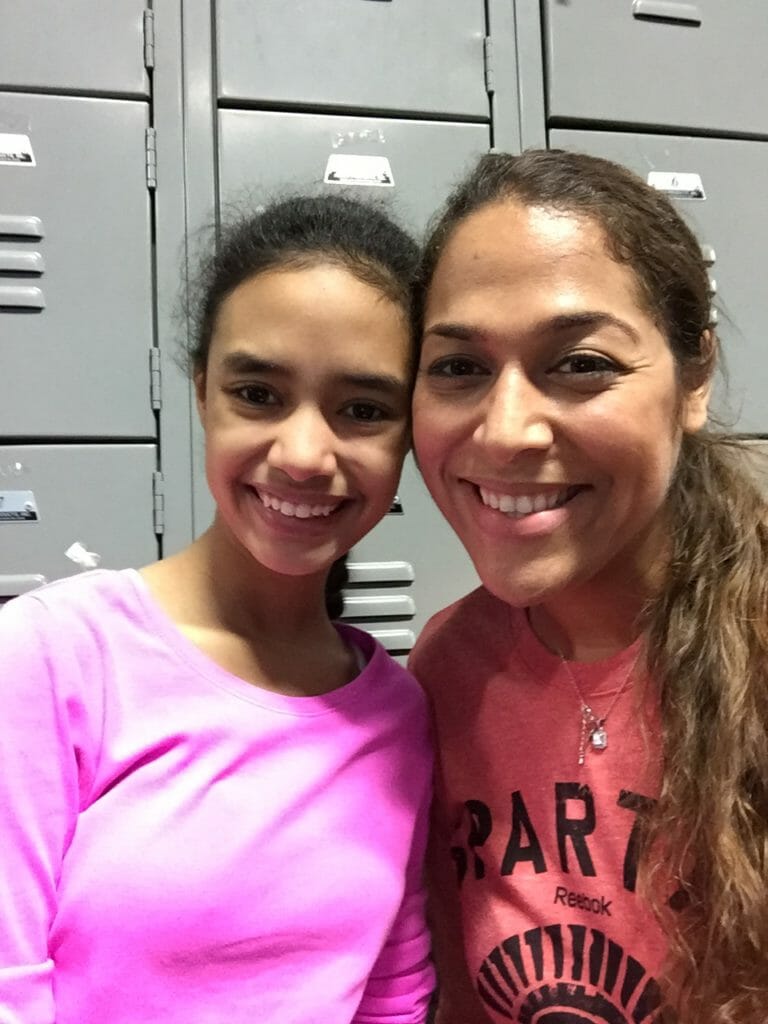 What prompted you to first get involved with the Big Brother/Big Sister program?

Actually, I was a Little Sister in elementary school. I had a mentor named Courtney. I was really shy and not too talkative. It helped me to have a Big Sister of my own. So, I knew the impact for me, and I knew that I wanted to pay it forward. I decided to sign up when I got older.

What do you do as a Big Sister?

I’ve been involved ever since college. There’s a program at the local community center for at-risk youth. I started going there as a mentor, but I was a mentor to a large group. It wasn’t one-on-one. I started doing that every Tuesday night with the kids, and, then, eventually the director reached out to me. She said she wanted me to consider being a one-on one mentor. I signed up and was matched with my Little Sister Nicole. We’ve been matched for one to two years this past December.

What type of impact have you had?

One of the most important things is building up their self-confidence – especially if they’re shy and not outgoing. They might hold back in situations where they should put themselves out there. It’s all about building their self-confidence and helping them believe in themselves. That’s one of the most important things. One thing Nicole really loves is going to the park with my dogs. Everyone always approaches me to pet my dogs, and I turn to her and ask her to tell them the dogs’ names. I help guide her through a situation where she might normally be more reserved. I’m gently trying to get her to speak up a little more and make the first attempt in talking with someone she wouldn’t otherwise talk with.

I’ve seen definitely how much more willing she is to make the initial step of talking with someone she wouldn’t have beforehand just in how she carries herself even now.
When we first matched, she was very quiet. She didn’t have her own opinions. When I asked her what she wanted to do, she would say, “Anything you want to do.” I wanted her to know it was okay for her to say what she was interested in. I want her to do something she really likes and to form her own opinions – to not take a back seat on things.

Why do you think it’s important to volunteer?

There’s actually a quote that’s my mantra –- it’s how I live my daily life. It’s from Ghandi: “You must be the change you wish to see in the world.” It’s particularly important with all the things going on today. We can point out the things we don’t like, but if we don’t start that change within ourselves, how can we expect to change the world? We have to take that first step. I see an area in need, and instead of waiting for someone else to fix it, let me be the one to try to change it.

Do you want to make a difference in your community like Janelle? Visit All For Good to find local volunteer opportunities.