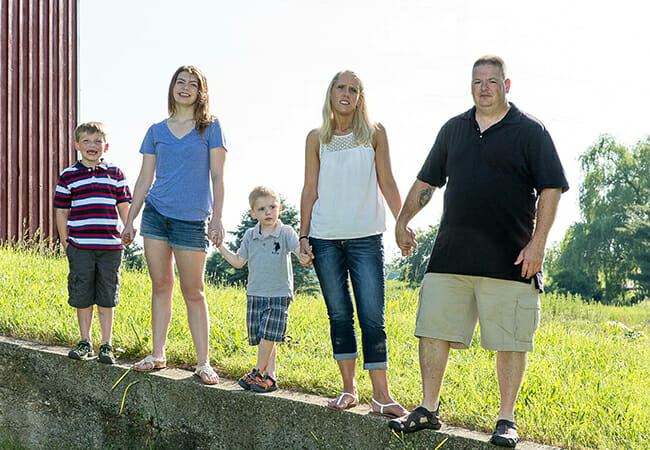 There is a consequence of war so huge and powerful that it can envelop a veteran’s entire life and dreams, upending his or her family’s lives as well. The internal anguish of post-traumatic stress and brain injury doesn’t always show on the outside. But it can be as difficult and frustrating – to both veterans and caregivers – as physical battle injuries, simmering relentlessly for decades and sometimes exploding at unexpected times.

And yet, it’s the smallest and simplest of gestures – a supportive text message, a listening ear on the phone, or tracking down a hard-to-find phone number that leads to new therapy or financial assistance that can do so much.

Joey Caswell completely gets this. She’s being honored with the Daily Point of Light Award not because she runs a nationwide, million-dollar charity, but because she reaches out – moment by moment, phone call by phone call, message by message – to help disabled veterans like her husband, as well as military caregivers grasping for straws of help and advice.

Joey’s husband, Charles, was wounded by an IED blast in Iraq in 2005. Although he looks healthy now on the outside – and he has all of his limbs – he’s considered 100 percent disabled by the military. The blast caused permanent brain injuries that affect his memory and judgement. His post-traumatic stress affects his mood and behavior.

After he was medically retired from the Army, the couple returned to a small town in their home state of Michigan, where, Joey said, “we felt alone with no support or help.”

“Charlie struggled with life in general,” she said. “Things got rough and rocky between us and our marriage and daily life. I was just not understanding what was going on and how to help him.”

Military caregivers – there are nearly 5.5. million in the United States – are hidden heroes, serving in a role that receives little recognition and acknowledgement. Being a caregiver can affect an individual’s health, relationships and career, and many in this role face their own emotional, physical and mental challenges. 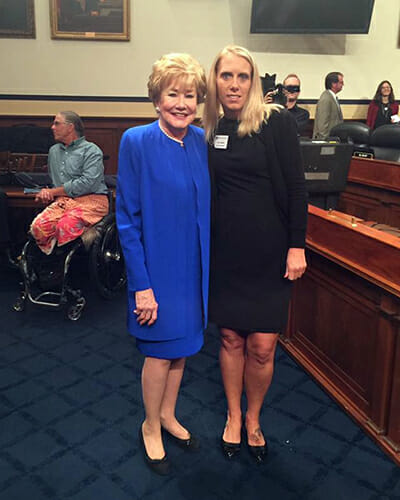 It wasn’t until 2013 that the couple learned about a wounded warrior retreat, which they attended. “It was first time we met other families like ours that had a warrior wounded in combat who suffered from not just physical wounds but mental wounds,” said Joey. “It just sent us into a good place. We started to heal and recover. It got us both on the path of realizing we needed to raise more awareness for veterans with invisible wounds and also people like me who’ve been dealing with and caring for him.”

Filled with new hope, Joey began stepping up her networking and learned about resources “that I never knew about because nobody showed me or told me.”

She co-founded Warriors and Caregivers United, a local all-volunteer organization that spreads information about resources to families in Michigan. It also hosts fun social events to bring families together. Through social media, Joey has been able to connect with and help families in other states as well.

In 2015, she was named a fellow with the Elizabeth Dole Foundation, a national organization dedicated to helping military caregivers. It’s named for former U.S. Sen. Elizabeth Dole, who’s married to former U.S. senator and presidential nominee Bob Dole, who was seriously wounded in combat during World War II.

The two-year position “skyrocketed me into a whole new realm of things on a national level, such as advocating on Capitol Hill,” said Joey.

In the meantime, it’s the small, private gestures that Joey continued to do during her fellowship and embraces going forward that make a difference for wounded warrior families.

“She will just reach out at random times,” said Kristie Harris, who lives in Colorado and leans on Joey for long-distance emotional support as she helps a close friend who has brain injuries and PTSD following seven tours in Iraq and Afghanistan. “Sometimes you don’t realize you need that support in the moment and we’re not always good at asking for it, but she would just reach out and say, ‘Hey chica’ – that’s her favorite line – ‘Hey chica, how are you doing? I’m just checking on you,’ and I would unload on her at that moment. She’s been an ear to listen to when I’m on the edge.” 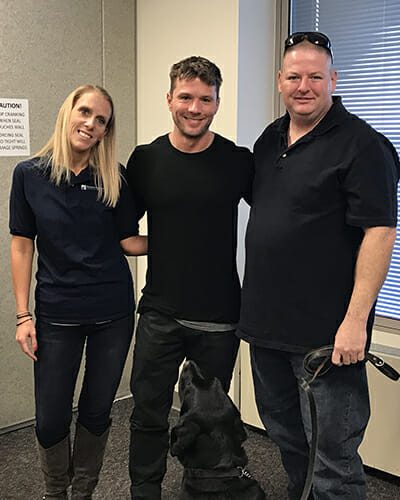 “My friend needs a lot of emotional support and help making good decisions, such as getting him into the right doctors’ care,” explains Kristie. “He’s not very good at advocating for himself, and he gets frustrated easily and gives up if things don’t happen right with the first phone call. Sometimes it gets frustrating (for me) because he gets angry about it and Joey’s just a phone call away to say, ‘This is expected. Give it some time and he’ll come around’ – because she’s been there before me.”

Connie Tonsor, of Port Huron, Michigan, describes her fiancé, a former Air Force airplane mechanic, as someone who “looks totally normal” unless “you see the hard days.” She recalled one recent instance when it took him all day to cut the grass because he couldn’t concentrate on the task. “His mind goes into a tailspin,” said Connie, a teacher. Through Joey’s support, Connie has found a place that she’s hoping with work with to obtain a service dog for her fiancé, who spends a lot of hours by himself while she works.

John Kinzinger, a Michigan Vietnam veteran who helped found Warriors and Caregivers United, is convinced that Joey’s quiet but persistent support has saved lives. John has been working veterans for the past 30 years, since retiring from Ford Motor Company. He said the connection between helping spouses and caretakers and preventing suicide among veterans in underestimated.

“When meeting with veterans groups, the word ‘suicide’ is never mentioned,” said John. “But it’s the big elephant in the room.

“Post-traumatic stress is hard for even mental health experts to understand, if they haven’t lived it. They know the textbook version. But these warriors have episodes, and they’re catastrophic and they’re immediate. It’s not something that warms up and gradually develops. Things can set them off very easily. You just try to keep the embers as cool as you can,” said John, of the never-ending reality of PTSD.

Helping military caregivers is one of the best ways to help, he’s found. “We’re kind of coming in the back door through the caregiver and the children to bring the warrior out of his bunker. Maybe we can save a life.” 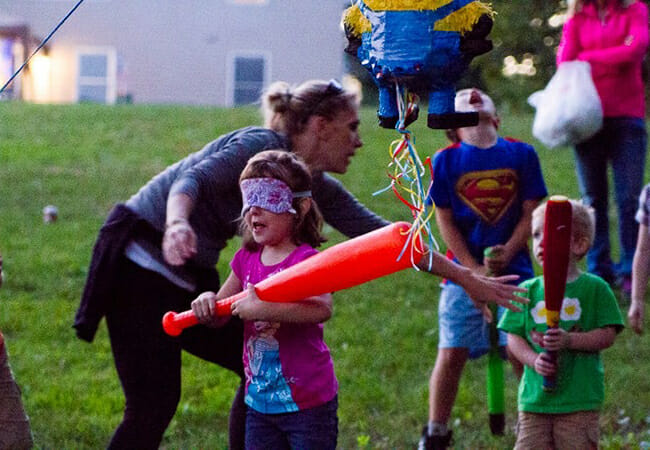 John said his longtime efforts to work with veterans have been enhanced by Joey’s ability to track resources. “If she can’t find it, she calls people in other states, even other Elizabeth Dole fellows. She will drop everything in the middle of making a meal to make some calls to try to get somebody connected with something,” he said. “I send people to Joey. I get all these calls and if I send them on to Joey, she handles them.”

“I wish every guy who’s trying to help out like I am had someone like Joey,” John said.

For now, Joey has stepped down as president of Warriors and Caregivers United, now serving as the organization’s vice president instead. But that’s a positive sign of a busier home life – Charlie’s functioning better and is involved in volunteer work of his own, as a photographer for the Semper Fi Fund, a California-based organization that helps wounded veterans. Since his injury in 2005, the couple has added two sons, now 5 and 7, to the family, and their daughter is now 17 and a senior in high school.

Knowing that the struggles of caring for a disabled veteran never end, Joey continues to volunteer on behalf of families – holding fundraisers, planning social events, lobbying lawmakers for veteran benefits, and making those endless phone calls.

Do you know an outstanding military caregiver? By recognizing the heroism and sacrifice of our military caregivers, we create stronger communities and provide opportunities for learning, reflection and continued inspiration. Nominate a Daily Point of Light.