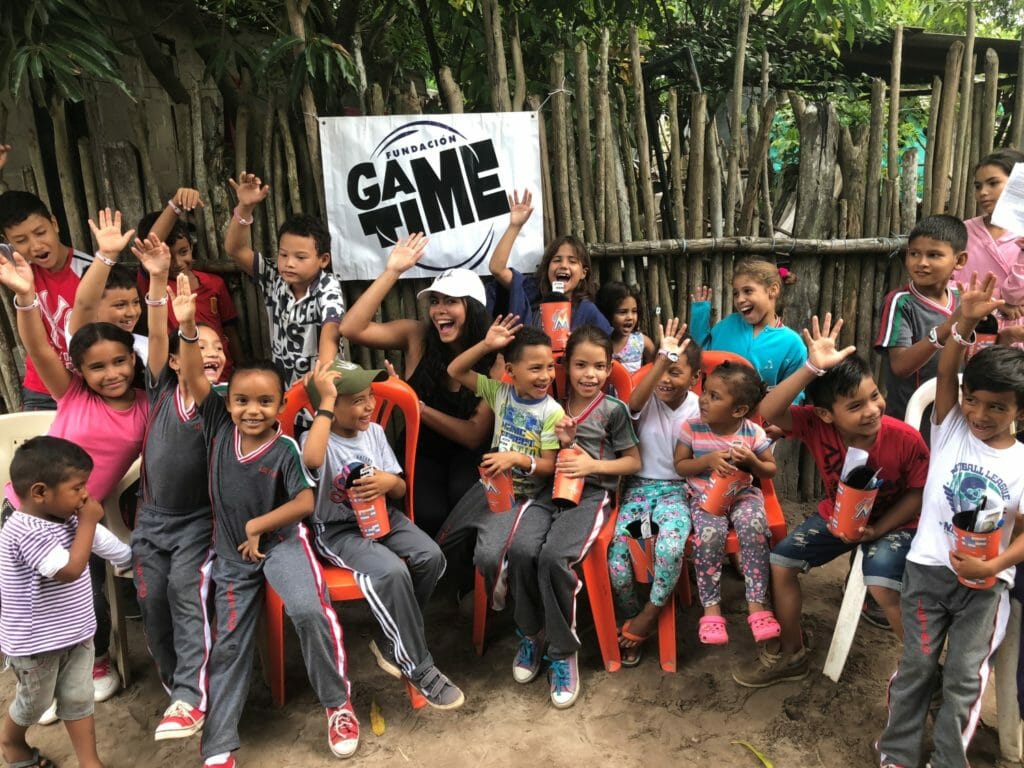 Nicole Fernandez entered journalism out of a sense of wanting to be of service to others.  She became a sports broadcast journalist in her hometown of Miami.  But ever since her childhood, when she visited Colombia, the South American country where her parents were born, Nicole wished she could help the plight of the poor children she saw there.  In 2013, Nicole traveled to Colombia to conduct some sports interviews.  She was struck by a 5-year-old child’s eagerness to play baseball.  By 2014, Nicole had created a nonprofit, the Game Time Foundation, to collect used sports equipment and uniforms to be donated to Colombian children.  Now Game Time is 5 years old, and Nicole has collected more than 2,000 pounds of equipment that has been donated to more than 1,100 children in 18 communities in Colombia.

“Out of my passion, which was sports journalism, I found my purpose,” says Nicole.  “I went into sports journalism because I like the sense of unity that occurs during the World Cup or the Olympics.  Sports can do many things for children.  It teaches teamwork, responsibility, respect.  It helps a kid learns things that will make him a better adult and better individual.  When I’ve interviewed athletes as a journalist, I’ve seen that some have come from bad neighborhoods or whatever, but sports helped them grow personally and professionally.”

How has your media training proved useful?

“I do the organization’s website, I take photos, I produce videos, I do all the social media – Instagram, Twitter, etc.  I do media when I’m in Miami; I do media when I’m in Colombia.  Doing international interviews helps my credibility.”  Nicole notes that communities in other countries are sometimes skeptical of nonprofit organizations’ motives. “When I can show them videos and pictures and interviews of what I’ve done, they know I’m the real deal and doing this for the right reasons.  This past October, I took 30 kids to a new baseball stadium in the city of Barranquilla and it drew a lot of media attention and now more people know me and want to get involved.”

“It’s so rewarding to follow your heart.   Also, I travel to Colombia twice a year and I get to see family I wouldn’t get to see otherwise.  I’ve gotten closer to family; I’ve made friends over there.  My mom has traveled with me and has been able to go back to her hometown.” 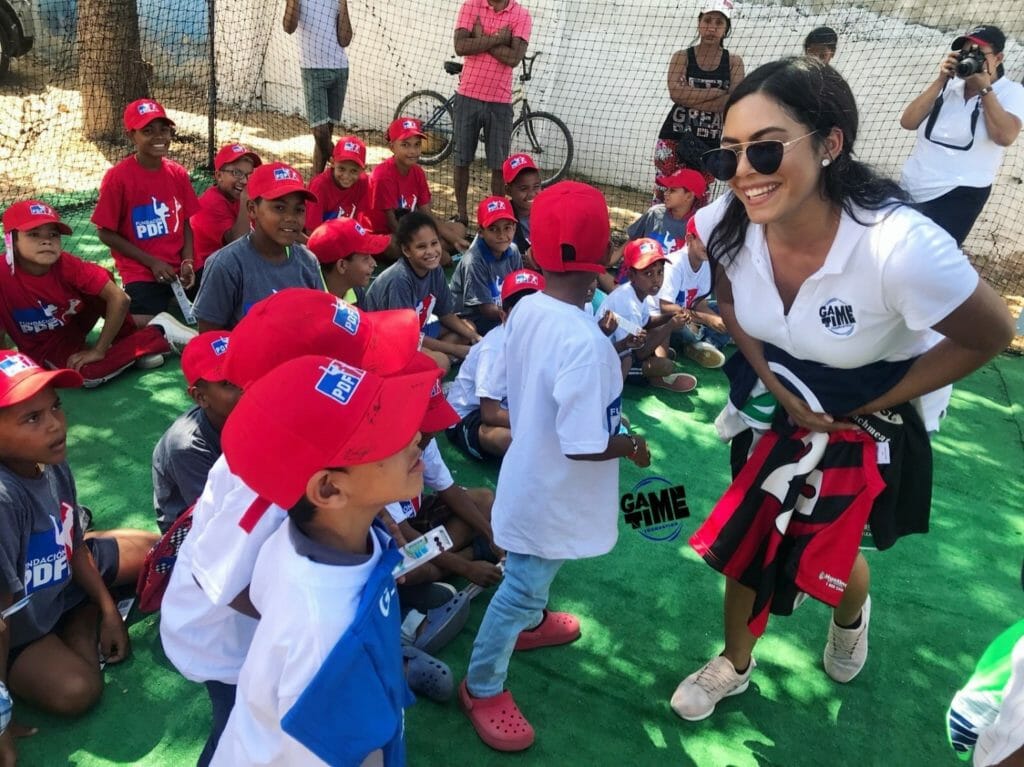 “When I started this, I wondered if I was crazy for wanting to this.  At my age, most of my friends are buying homes, having kids.  I’m still single and living with my parents.  But I learned it’s OK not to have a timeline.  I’ve learned discipline and innovation.  I’ve learned that it’s OK to have bad days, that it’s part of the process.”

What are some of the hard parts of running your nonprofit?

“Sometimes I get pushback from people.  They ask, ‘Why should I help children in another country?’  I love living in Miami because it’s so diverse, but especially here, some people argue that I should help children in countries other than Colombia.  That’s also true with some people in Colombia.  Many of the children within the past year have been migrants from Venezuela hoping for a better life.  Some people resent helping migrants.  My answer to that is, ‘Most of the time the parents want a better future for the child and he’s leaving his home behind.  If there’s something I can do for a child who’s been here for a couple months in a new country and he’s adapting well because he’s playing baseball like he did in his old country, why not help that child?’”

“Nowadays, we’re living in a time when people have forgotten to be kind.  People like to help but they want to know what they’re getting in return.  But the actual act of giving is very rewarding.  I think we should all help and we should all be kind.  And you don’t have to be old to help.  A lot of people are surprised – I’m 29, when I started, I was 24 – they say, ‘Why? You’re so young, why do this now’? But I think it’s important to find your purpose and do something good for the next generation.”

Do you want to make a difference like Nicole? Visit All for Good for local volunteer opportunities.