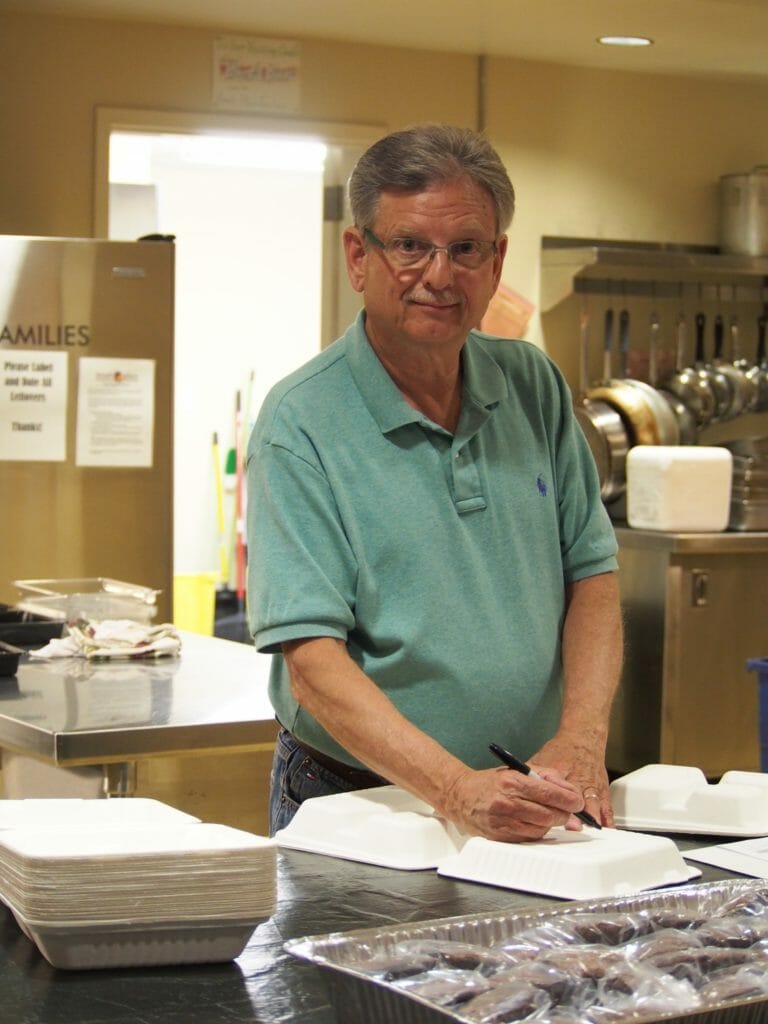 Like many people, Frank Mufic has lost loved ones to cancer. So, when he had the opportunity to work with and help young people suffering from this debilitating – and sometimes fatal – disease, he jumped at the chance.

Frank began donating his time when his free moments were still limited as a full-time company employee. When he could, he volunteered with Brent’s Place, the only safe, clean facility for immunocompromised patients approved by Children’s Hospital Colorado. Once he retired, he took advantage of the increased down time and dedicated even more time to Brent’s Place children and families. Today, he’s a mainstay volunteer who touches the lives of every child there.

Points of Light spoke with Frank about the time he spends at Brent’s Place and why his work is so impactful.

Why is it important to you to volunteer?

It’s a way to give back to the community. When it comes to Brent’s Place, my life has been touched personally by people dying from cancer. It’s a way for me to get more involved with this disease. At Brent’s Place we try to take care of these young kids as well as they would receive at the hospital. My time with the organization has given me back more than I’ve given in.

What do you find most rewarding about volunteering?

Just talking with the families is rewarding. I ask them how they’re doing, how their child is doing. Sometimes, it’s a good conversation. Sometimes, it’s not quite as good. But, it’s a way of me giving back, trying to interact with our community, especially with the staff at Brent’s Place.

What prompted you to get involved with Brent’s Place, specifically?

I started by making contact with them in 2002. I’m retired now, but at the time, I was still working for a company that got involved with Brent’s Place at Christmastime. I helped them put together any needed equipment, as well as handling bedding and clothing. That led to other things over time. I worked on appliances and getting repairs and replacements when nothing else worked. I retired in 2011, and I wanted to volunteer and do more for Brent’s Place. That’s when I went in and talked to the lady in charge of volunteers. We set up a meeting, and I started in June 2011.

What are your responsibilities there now?

I’ve started cooking dinner once a month for them. I prepare it for 30-40 people. I also volunteered on the Kids Cheer committee. This committee plans our once-a-year fundraising drive. It happens the last Saturday of July, and we’ve done it for 6 years. I take care of the front counters, and I’m a greeter at the door. I’m officially-unofficially in charge of the water zone with the swimming pool and the oscillating sprinkler system. The kids can slip-and-slide. There’s also a party zone where kids can get dressed up and get their faces painted. We also serve a breakfast of pancakes and orange juice. We generally get about 1,000 people. They close the grounds of the hospital, and it serves the families who have children with cancer. Annually, the fundraiser usually nets approximately $125,000.

I do other odds and ends at Brent’s Place, such as painting, and whatever else needs to be done. I also attend meetings and do maintenance. I’m normally there for 4-to-5 hours on Friday mornings.

What are the benefits for the children you work with?

The facility works to keep the kids in the family zone. That way, they’re not locked up in a hospital bed 24/7. It allows them a bit of freedom to play with kids going through the same things they’re going through. It allows the parents to circulate with other parents who are going through the same situation they are. Besides the clean environment we try to keep at Brent’s Place, that’s the one thing that sticks out more than anything else. It’s a safe environment. Kids that come to us have no immune system or very little immunity. The facility is kept as clean as possible so no infections are passed on.

What have you learned from your volunteer experience?

Compassion. I think that’s the main thing. Again, it’s just being part of a community that has a serious issue and having a desire to give back to the family as much as I get out of working with Brent’s Place.

How does volunteering make you feel?

It really excites me that I can help the community. I do other things, but Brent’s Place holds a special place for me.

What do you want people to take away from your story?

I’d have to say being involved in more than just your own immediate life. Help out other people and families that need help. Not just with money, but show compassion and try to bring some happiness back to those folks. Some of them, the kids leave and are cured and move on. You never see them again. But, some of them go in the other direction. It’s a sad community at that time. Sometimes you get to know the families if they’ve been there for 6-to-10 months, and you’re on a first-name basis. You just have to give people in need as much support as you can.

Do you want to make a difference in your community like Frank? Visit All For Good to discover local volunteer opportunities.