The loss of a child is immeasurable.  But to lose a baby suddenly, before that life has a chance to take its first breath, is beyond devastating to the parents struggling with a stillborn death.

That was where Staci and Brandon Pitre of Lafayette, Louisiana found themselves two years ago, May 27, 2014.  Their son Roman was stillborn at 20 weeks, a loss that affected both parents deeply.

“We had no time with him,” said Staci Pitre.  “He was just gone.”  Stacie and Brandon each went to grief counseling, despite learning that their private health insurance didn’t cover the process.  In trying to make sense of their sadness, they discussed starting some kind of non-profit that would fund other parents’ counseling. 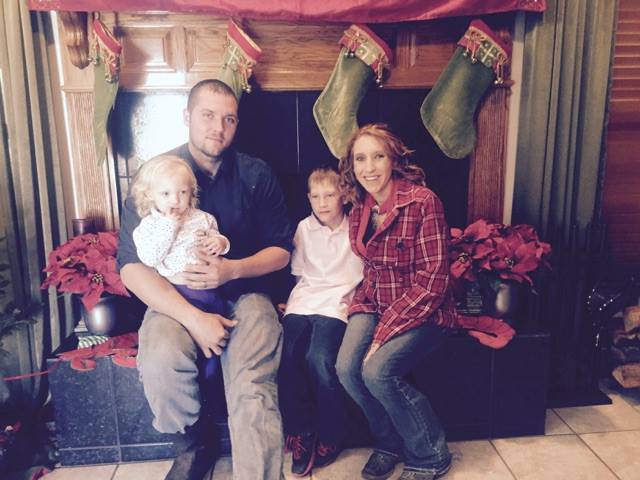 Staci and Brandon Pitre with their children, Cameron, 8, and Brooklyn, 3.

That was the beginning of Roman’s Wings of Hope, a nonprofit that has become Staci’s full-time passion.  With Brandon by her side, the mother of four – Cameron 8, Brooklyn, 4, Roman, who would be two and Isabella, 1, gave up her regular job amd benefits to devote herself to family and helping other parents cope with their grief.

Initially, Roman’s Wings offered $300 towards grief counseling.  “But when we found out there were other programs like that, we wanted to do more,” she said.  Her oldest son Cameron is affected with Asberger Syndrome, and became very attached to a stuffed bear that would have been Roman’s – inspiration for the Hope Bear program.

“We saw how he slept with the bear and kept it close and thought, how many other siblings might appreciate having a bear, something tangible, connected to the little brother or sister they’ll never grow up with? said Staci.   To date, more than 3,000 Hope Bears have been sent to hospitals throughout Louisiana, and around the country.

But when the couple found out about Cuddle Cots, Staci’s mission truly crystallized.

A cuddle cot is a medical cooling system, a temporary mausoleum in the form of a bassinet. The cooling unit allows parents time to spend more than the short window afforded due to the natural decomposition process. “Once we leave the hospital, there are no more kisses or physical connections,” said Staci.  Only the few memories we were able to make.”

Roman’s Wings of Hope has made it possible for nine of the $3,700 units to be placed in hospitals around the state of Louisiana, including two in Lafayette.  “This time means everything to a parent,” she said.

“Little is more tragic and devastating to parents than the loss of a child, especially those at a tender age and those just starting this journey of life,” said Katherine Comeaux, Neonatal Intensive Care Unit Director for Women’s & Children’s Hospital in Lafayette, where one of the units is now available.  “The cuddle cot gives grieving parents additional time to be with their child after a tragic loss. These invaluable moments help parents to better cope.”