Meet Daily Point of Light Award honoree Vardhan Agrawal. Read his story and nominate an outstanding volunteer or family as a Point of Light.

Growing up in Cupertino, Calif., Vardhan Agrawal figured other kids within Silicon Valley had the same access to coding and Computer Science education as he did. After learning there were people living only a few miles from him who had no access to this type of learning, Vardhan started teaching kids locally. This ultimately inspired him to start TheOpenCode Foundation, a nonprofit that provides computer science education to disadvantaged students, in 2019.

At just 18 years old, Vardhan has led TheOpenCode Foundation in reaching 10,000 people in 56 countries with the help of 251 team members. The nonprofit teaches beginner and accelerator programming courses mainly to teenagers in homeless shelters, and is working on expanding to Title I schools as well. TheOpenCode Foundation has partnerships with local tech companies, including Twitter, and school districts who regularly donate computers to help expand the nonprofit’s laptop rotation program for its students. After graduating high school this spring, Vardhan will be attending Stanford University where he plans to keep expanding TheOpenCode Foundation’s global operations.

TheOpenCode Foundation is a 501(c)(3) nonprofit organization which provides disadvantaged students the education and resources needed to pursue a career in computer science. I am the founder and executive director. I basically oversee operations. I hire team members and help to also hire board members and make sure the organization is staying true to its mission. I also basically think up the main direction of the organization, including our new programs and how to improve our existing programs.

What inspired you to start this?

I was inspired to start it because living in Silicon Valley, I thought access to coding was ubiquitous, but a few summers ago I learned there were people just a few miles from me who didn’t actually have access to it or have any experience with CS or coding. I started to teach some students locally, and I figured there’s a lot of untapped potential. I eventually turned that into a foundation.

What kind of programs does TheOpenCode Foundation offer?

We have our main program which is our boot camp where we take students from no programming experience to having some experience. It’s more of an introductory thing and it lasts about ten weeks. We teach this at homeless shelters and are working on expanding to Title I schools soon. We also have an accelerator program which is where we look for high-potential, low-resource students who would benefit from one-on-one training and connections in the industry. We also run a podcast called The Open Show which provides bite-size content on tech topics. We have a hackathon. We had our first annual one in May, which brought in 1,200 hackers, 555 of which were first timers. We’re hoping to further expand it this year and in future years. 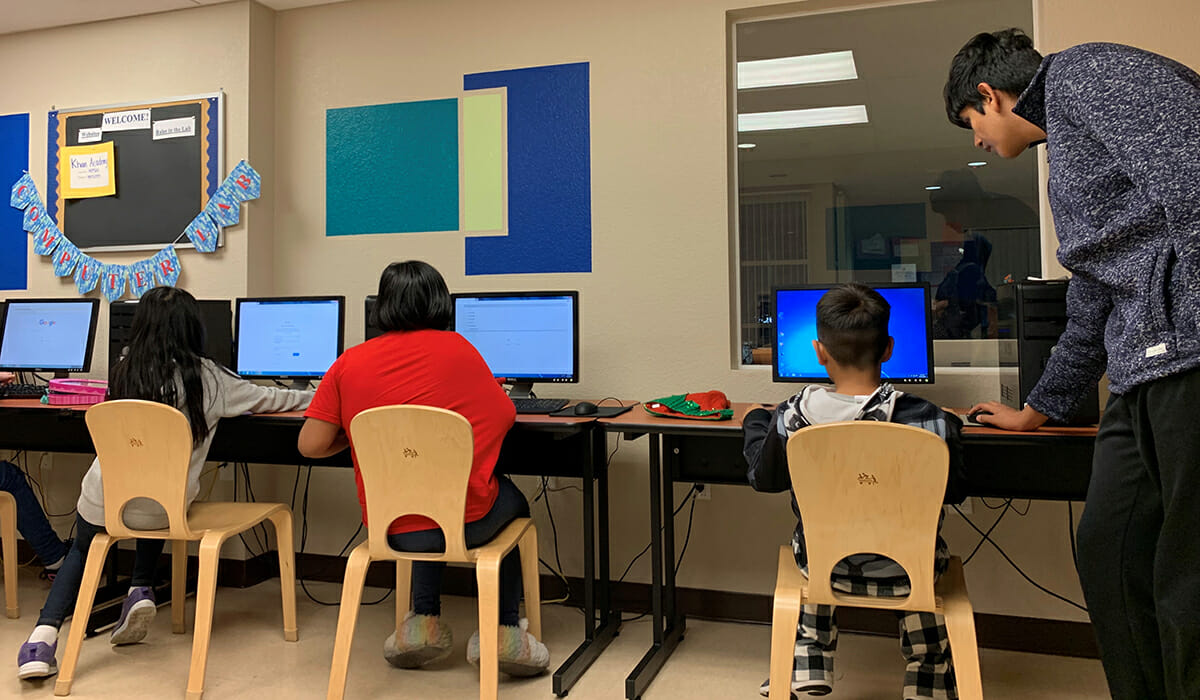 Why is it important for people have access to this type of education?

I think as technology gets more interwoven into our lives, coding is almost like an essential skill nowadays. The inequality of the field has been increasing actually, even though the importance of coding itself is increasing also. The problem is basically three-pronged, in that CS is usually offered at higher-income schools, and second, at the places it is offered, people from lower socioeconomic statuses statistically don’t choose it because of lack of resources. Then there’s a false perception that learning to code means pursuing CS as a major in college.

Do you have any goals for your organization?

If someone gains something from a particular field, I think it’s almost a moral obligation for them to give back and expand that for others to be able to benefit from it.

I would want to recommend that if people see a problem, they should act on it, because no matter what their age is or where they’re from, they can make a difference.

Do you want to make a difference in your community like Vardhan? Find local volunteer opportunities.