Meet Daily Point of Light Award honoree Angela Collins. Read her story and nominate an outstanding volunteer, family or organization as a Point of Light. 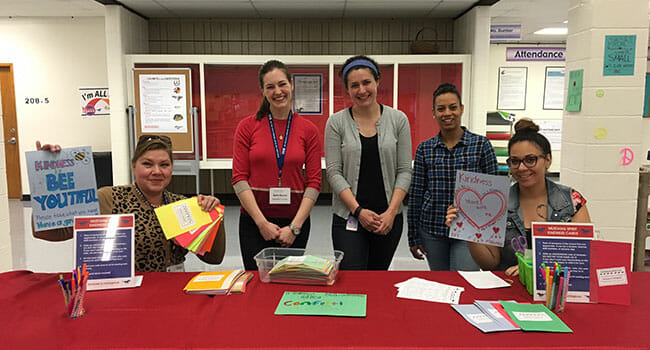 When it comes to serving her community, Angela Collins speaks about the “magic” – or individual talents – of each person involved. One’s “magic,” she explained, is his or her natural talent, an ordinary thing that he or she does better than most. Angela believes that each person’s skills are magic to everyone else. “So when you figure out what people’s magic is and you put it to use in the community, to build community, to create community, to bring people together, that’s where the magic happens,” Angela said.

Angela attended the University of Washington after two enlistments in the Air Force. After graduating, she needed assistance figuring out how to “jump back into the world” as a civilian. She ran across a newspaper ad for Rally Point 6, now known as USO Transition Services, an organization that offers services for veterans to help them with employment, education, VA benefits and more. She joined RP6 as a client, receiving help with her resume and interview skills; after three months, she signed on for a year of service with the organization as a Frontline Families AmeriCorps member.

Frontline Families, a national service program run by Points of Light, engages military service members and their families in volunteer service within their communities as they transition back into civilian life. The program brings them into a supportive network of other veterans who are trained volunteer leaders for the program, giving them the opportunity to make tangible improvements and to connect with other members of their communities.

Over nine months, Angela and her Frontline Families partner, Katie Bianco, created and led community programs all around the Lakewood, Washington, area.

“Angela’s energy is unique and it’s contagious, and it’s wildly positive,” said Katie. “And it was a huge impetus, I think, for our success as we went through the program. … She could look at somebody, talk with them for 90 seconds and figure out exactly how to get them excited and drawn in. It’s infectious in the best way. She’s a force to be reckoned with.”

The first project Angela and Katie worked on was a Kindness Project at Mann Middle School. Initially, they wanted to secure books for the school library, but were told that what the students really needed was an attitude adjustment – so Angela and Katie created a curriculum to teach 54 sixth graders about kindness. They led discussions about the science of kindness, created kindness-focused games and an “appreciation station,” where students could write anonymous notes to one another to inspire more kindness school-wide. “These young ladies and gentlemen were thoughtful, forward-thinking, community-minded go-getters, that took it upon themselves to bring the Kindness Project home and to their neighborhoods,” said Angela.

Angela and Katie also spent time assisting McChord Field’s 62nd Medical Squadron in planning various events, such as a belated welcome home dinner for Vietnam veterans to express gratitude for their service. The Frontline Families team provided guidance on how to raise funds, plan and execute events and connect with veterans in the Lakewood area. 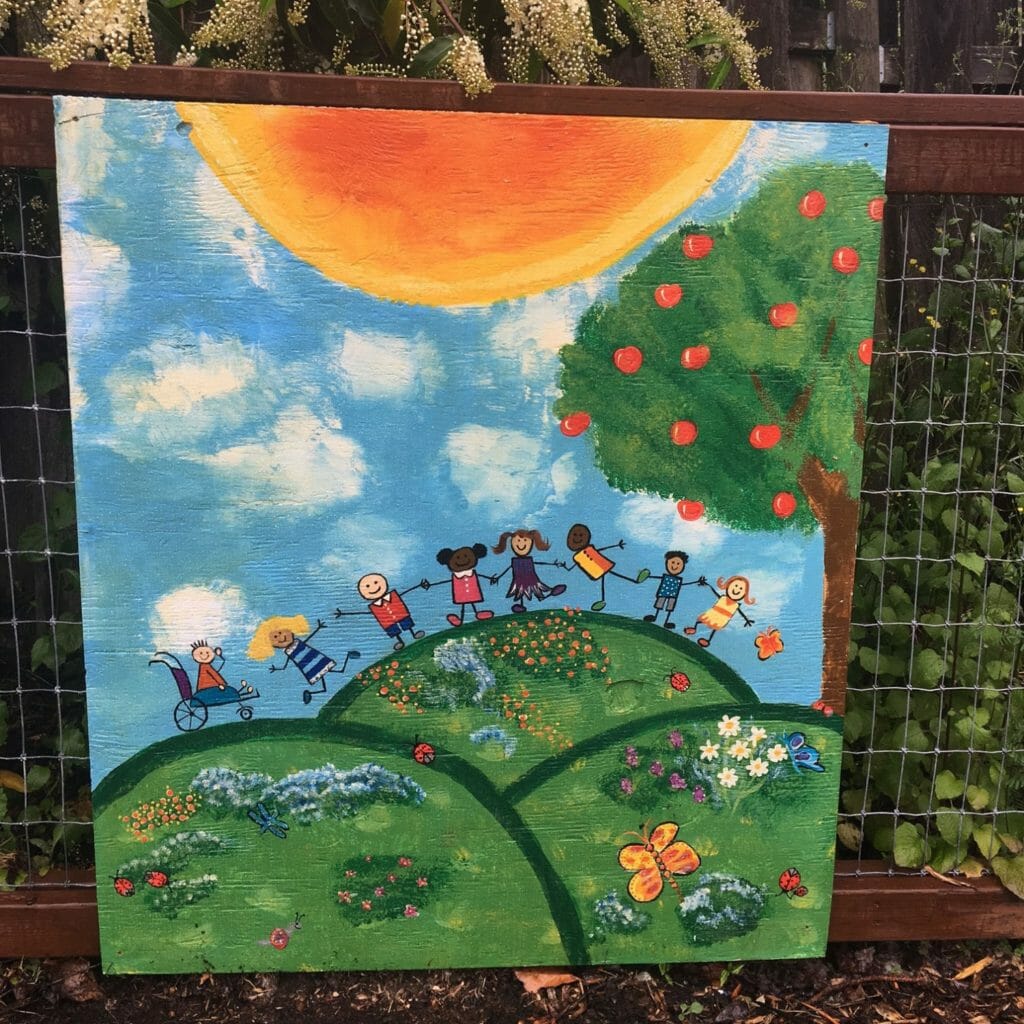 Towards the end of her service year, Angela organized a project in the Springbrook neighborhood, known for being a very densely populated area with abundant criminal activity. The city of Lakewood had already planned a multimillion-dollar park improvement, so Angela and her team planned a public art project to be installed within a new community garden. They surveyed families around the neighborhood, asking for the children’s input on the artwork they’d like to see in their community. The common theme of their requests was the beauty of diversity. The murals now displayed around the garden, inspired by the children of Springbrook, were all created by veterans and their family members.

In addition to the art project, Angela and her team secured a grant to install a memorial bench and picnic table in the park to honor a local fallen hero, Larry Sanders, the late Lakewood police chief. Through her work on the Springbrook project, Angela built a deep connection to the neighborhood residents and stays involved there by gathering household goods for families in need. She said, “there will never come a time when anyone can do too much for the community.”

Angela now serves as a scout for the USO and continues to help veterans transition smoothly into civilian life. Regarding her experience serving through Frontline Families, Angela shared, “I learned so much more by participating in this program than I have ever taught anybody. It’s eye-opening, and it opens your heart. I’d do it all over again.”