This post is by Alison Doerfler, executive director of Points of Light’s HandsOn Network.

Update: Congratulations to Hands On Atlanta, the winners of the 2017 “Super Bowl of Service” with 3,649 hours of service!

It has been a great year for my sports teams this year, with the Chicago Cubs winning the World Series and the Northwestern Wildcats winning the Pinstripe Bowl. As we head into Super Bowl LI, I find myself pretty excited that the Atlanta Falcons are going to Houston to face the New England Patriots. Since Points of Light is headquartered in Atlanta, I may watch more than the commercials this year. Although I may be a bit biased, I take my job as “Commissioner” of Points of Light’s HandsOn Network seriously – and it’s time for the 2nd annual “Super Bowl of Service.” 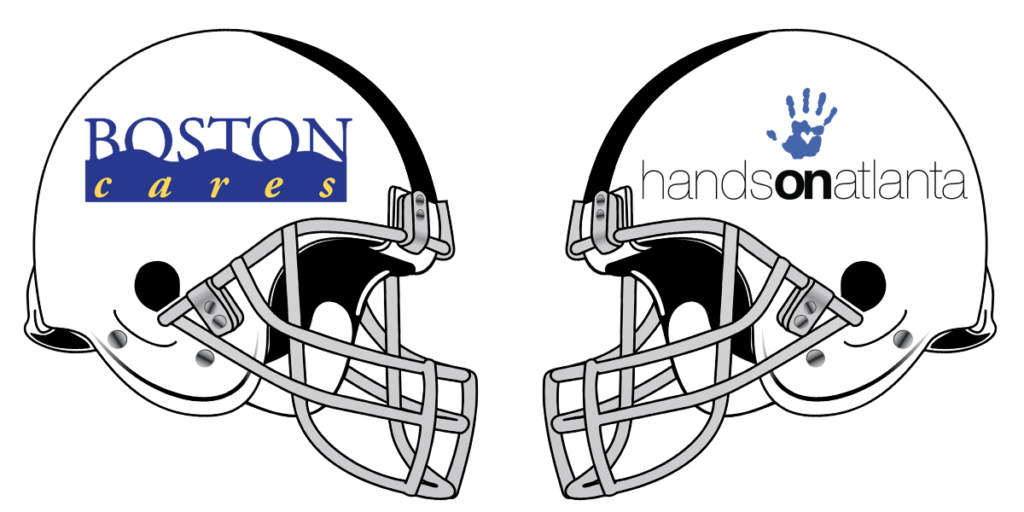 Once again this year, our affiliates are stepping up to the challenge as Boston Cares goes head-to-head with Hands On Atlanta. Fans of the Patriots and Falcons can do more than cheer on their teams next weekend: They can volunteer this week.

The terms are simple – each affiliate will track the hours served by their local volunteers from Monday, Jan. 30 through Sunday, Feb. 5, and we will combine that number with their team’s Super Bowl score, multiplied by 5. The winning affiliate will take the title of 2017 Super Bowl of Service Champions and win a $500 grant. The leadership team of the losing affiliate will volunteer at a nonprofit of the winner’s choice (in the losing team’s home city) sometime during the month of February.

Anyone can participate by participating in volunteer projects taking place this week in Boston or Atlanta. If you don’t live in those areas, you can also show your team and civic pride by finding a volunteer opportunity near you at All for Good. Share your volunteer experience online using #SB51 and tagging @PointsofLight, @BostonCares or @HandsOnAtlanta.

May the best team and community of local changemakers win!