This post originally appeared in the spring 2017 issue of Stars and Stripes Magazine and was written by Malikah Berry, chief programs officer for Points of Light. 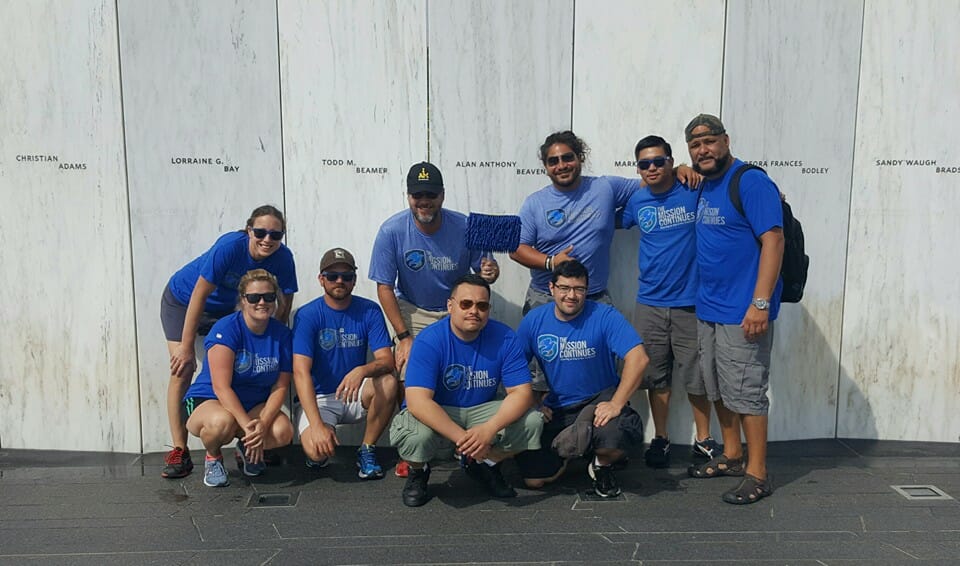 Service to country is in Jaime Waterbury’s blood. The daughter of a retired Army colonel, Jaime served in the Air Force with two tours to Iraq. Jaime’s husband is active duty Air Force and currently serving his fourth tour in Iraq. When Jaime transitioned from active duty to the Air Force Reserve she still felt a call to service. Jaime joined the Points of Light Frontline Families AmeriCorps program, where she found a new sense of duty by helping empower others to volunteer.

“Nothing makes me happier than to guide a veteran or soldier to building their own volunteer program – whether it is a one-time special project or building a volunteer program from the ground up,” said Jaime. “I enjoy seeing the end result and how much better the community is because of the dedicated volunteers I get to work with every day.”

Jaime is just one of more than 1 million service members who will re-enter civilian life over the next few years. Reintegration is a process that requires an extensive amount of time and effort. When service members transition out of the military, they are often faced with the impact of deployment, combat-related injuries and continuous transitions. They also retain a deep sense of civic responsibility. Service members are among America’s biggest untapped civic assets.

Volunteerism is proven to be a successful bridge that links veterans and military families with their community through civic engagement, improves their physical and emotional well-being, and provides meaningful connections with their civilian neighbors to create more vibrant and resilient communities. According to the 2016 Veterans Civic Health Index, veterans demonstrate higher levels of engagement than non-veterans on all civic health indicators. Veterans volunteer an average of 169 hours a year, compared to 129 by non-veterans. They are also nearly 30 percent more likely to work with neighbors to fix problems in their community.

Across the country, service members, veterans and their families are sharing their unique skills and talents to build bridges with their civilian neighbors through volunteerism. With an emphasis on reintegration, the Points of Light Frontline Families program inspires and empowers veterans and military families to be volunteer leaders to help address the most pressing challenges facing their communities in collaboration with local nonprofit organizations. 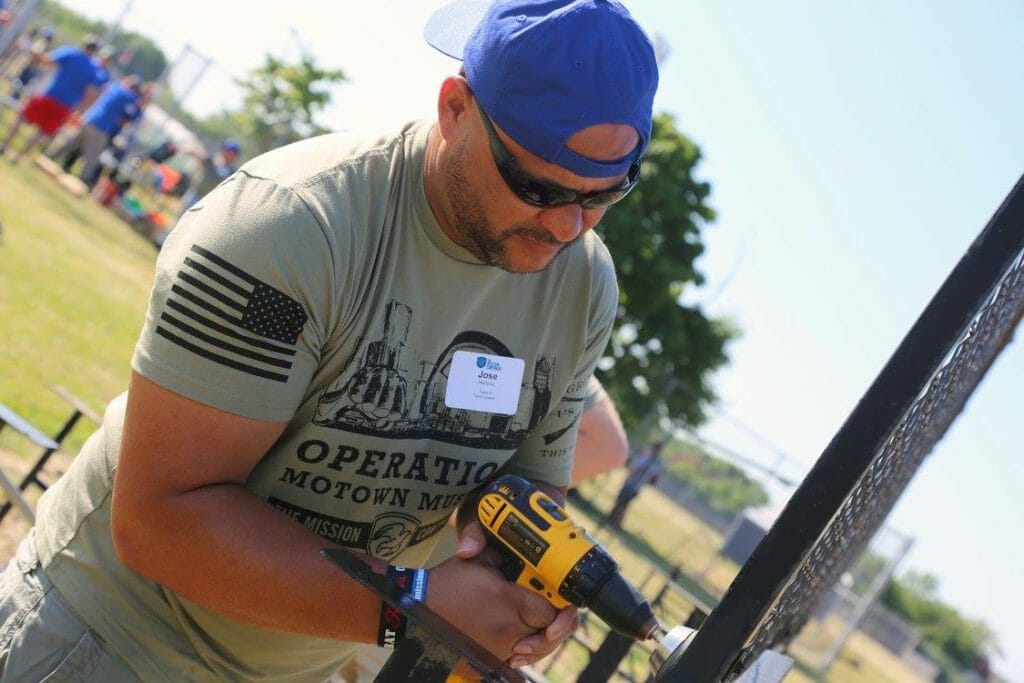 After more than 22 years in the U.S. Army, Jose Martinez retired in 2013. Following a successful military career, he struggled to find anything more than an entry level job.

“When you leave the military, you’re starting all over. And you lose that – whatever it was in the military that you were – sergeant first class, a private, even your name because in the military we go by last name or nickname. You’re no longer that person anymore. And that was really hard for me,” said Jose, “I felt like I was going backwards, so I decided the best course of action for me would be to go to school.”

At age 40, Jose enrolled at Drexel University, in Philadelphia. It was there that his future started to take shape. On top of his studies and dad duties, Jose started volunteering to help fellow veterans. He connected with The Mission Continues, a nonpartisan, nonprofit organization that evokes veterans’ inner call to service and engages them in projects that will improve their communities.

“What happens to a lot of us is we tend to isolate ourselves when we get out of the military. We don’t want to build relationships with people who don’t understand the struggle of what it is to be in the military,” Jose said. “[The] Mission Continues allows us to make those relationships again, to serve again and be part of something that’s bigger than we are.”

In September 2016, Jose was recognized with a Daily Point of Light Award from Points of Light for dedicating more than 900 hours to bettering the lives of other veterans through The Mission Continues.

Jaime Waterbury (left), an Air Force veteran, is a volunteer with Frontline Families, stationed with the Red Cross at Winn Army Community Hospital.

Jaime Waterbury has also found a renewed sense of purpose in service during her reintegration into civilian life. As a Frontline Families AmeriCorps member, she is stationed with the local Red Cross at Winn Army Community Hospital. Jaime helps recruit, onboard and train new volunteers. She also helps the staff determine volunteer needs, promotes Red Cross Reconnection Workshops and supports different volunteer-run initiatives.

Serving with Frontline Families has not only been rewarding, but has also provided Jaime a sense of stability. “The joy and experience I have felt working with the American Red Cross and all of the wonderful volunteers have been truly spectacular,” she said. “The opportunities that Points of Light’s Frontline Families program has afforded me have been nothing short of amazing in the sometimes tumultuous time of being a military spouse, having to move often and looking for a career that you love.”

Points of Light and The Mission Continues are part of a growing coalition of organizations that want to evolve military reintegration from providing support for veterans to engaging and problem solving with veterans. In partnership with organizations like Team Red, White and Blue, Team Rubicon, the Travis Manion Foundation, and Got Your 6, we create opportunities for veterans and their families to create new roles for themselves as civic leaders in their communities. We believe that together, we can bridge the military-civilian divide and strengthen our local communities.

Learn more about our work and how you can support veterans in service.