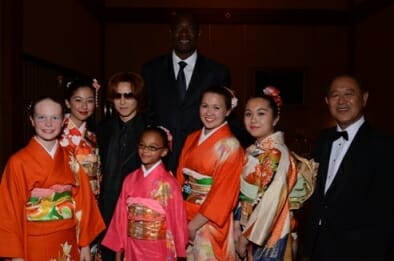 Sam Nunn sharing a smile. It's probably not a surprise to know that the Today Show's Al Roker, along with wife Deborah Roberts of 20/20, can work a room.

Which all goes to show that in time of great divisiveness, volunteer service brings people together.

The Points of Light Tribute awards gala brought more than 250 people together at the home of the Ambassador of Japan in Washington, D.C. As the 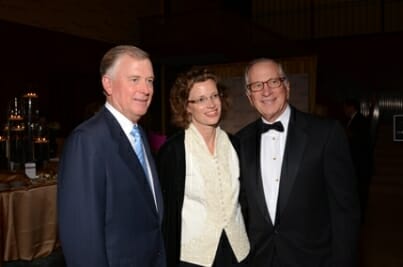 The event honored several who have gone above and beyond – UPS for donating more than one million volunteer hours, Bonnie McElveen-Hunter for her Red Cross work, Wes Moore for helping veterans, and Aya Higa and Naho Hozumi, both of Hands On Tokyo, for tsunami disaster relief. 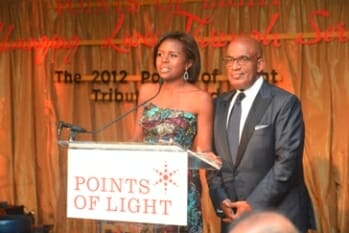 You still have time to join our online auction and bid on items including golf with Mutombo, a signed book collection donated by President George H. W. Bush or a VIP experience at a Linkin Park concert. The auction will be open until Friday, Sept. 21.