Michelle Nunn continues her cross-country trip and writes about her time spent in Detroit, Michigan. 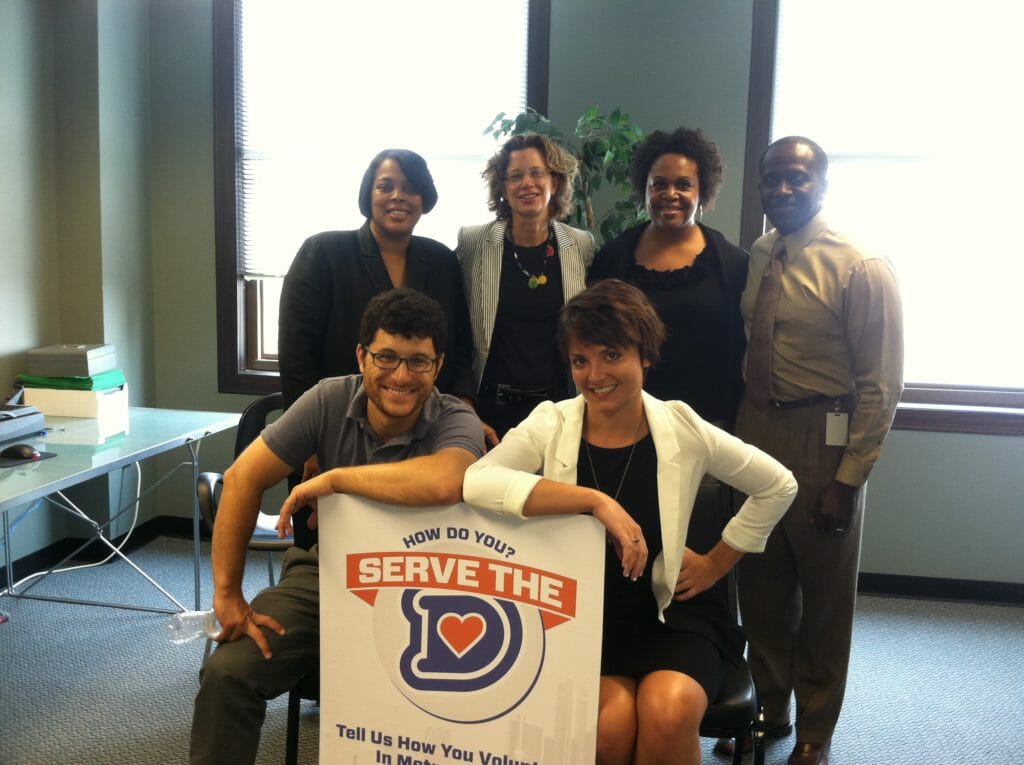 The Lafayette Coney Island Hot Dog Stand in downtown Detroit hasn't changed much since it was founded in 1929. Menus aren’t really necessary – you can get hot dogs, chili, "loose" hamburgers and pie, and the servers take your order and yell to the kitchen how many "coneys" have been ordered.

When I was eating lunch there on my visit to Detroit, Asia, an enthusiastic 9-year-old girl, came to my table and explained that she was selling candles for $5 each. I asked her how many candles she could sell in a day and she replied, "If I talk to 100 people, I can sell 35, but if I am in the zone, I can sell 60." 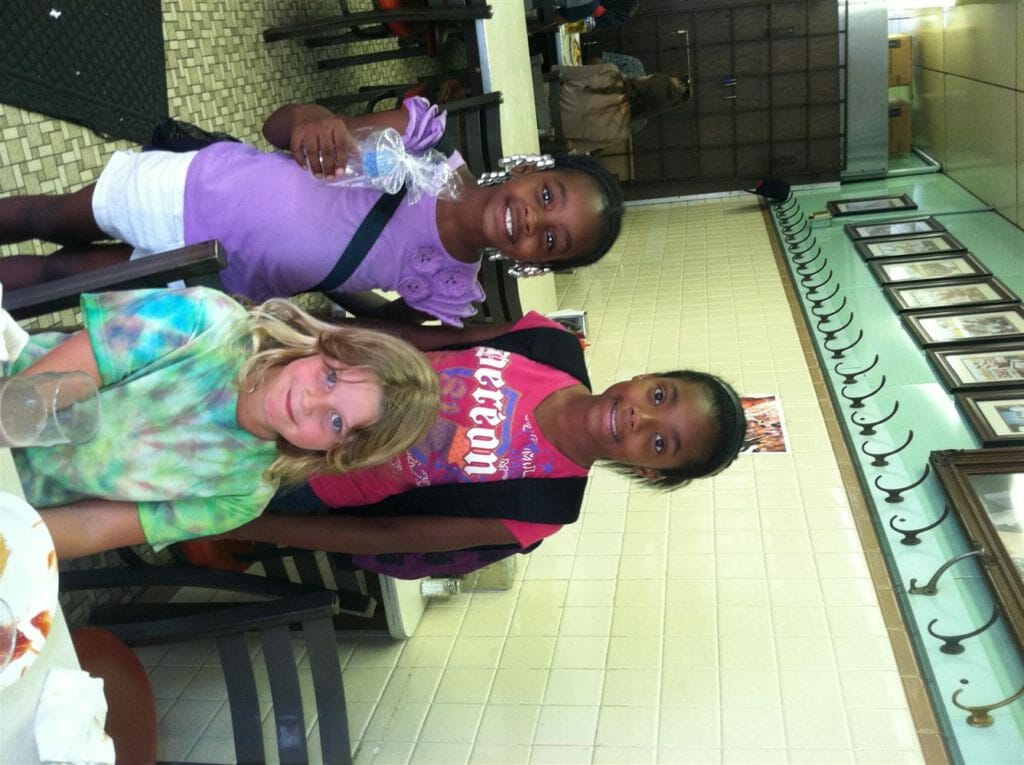 Asia became the face of Detroit's future for me. The city is resilient, undaunted and optimistic, leaning into its entrepreneurial spirit and ready to take on a challenge.

With a 19 percent office vacancy rate and a city population that has shrunk from several million to less than 700,000, Detroit is a city that has to reimagine itself. New alliances are needed, along with new energy and a new form of civic renewal.

I was struck by both the enormity of the challenges that Detroit faces and the reservoir of optimism and determination of its citizen leaders. When I asked a group of leaders, who have come together in a collaboration called Serve the D, to rate on a scale of one to 10 their level of optimism about their ability to tackle the tough problems of the city, they all enthusiastically said 10 or even 11.

The group includes the city's chief service officer, the Michigan Nonprofit Association led by my hosts Kyle Caldwell and Donna Murray-Brown, neighborhood and faith-based groups, and new generation approaches like Summer in the City. This diverse group of service leaders talked about the economic and racial rifts in the city and how central volunteer and civic engagement is in bridging differences and bringing the city together. Service, they said, is the essential ingredient for making tough decisions and finding the pathway forward.

Throughout my visit to Michigan, I was impressed by the rich civic infrastructure that undergirds its service work. Volunteer Centers of Michigan, the statewide volunteer association and network led by Diana Algra, supports and coordinates with 30 Michigan volunteer centers to embrace best practices and peer learning. In partnership with the Michigan Community Service Commission, led by Paula Kaiser VanDam, they have created a real model for collaboration at a statewide level, adopting HandsOn Connect as a unified technology platform, embracing the Reimagining Service Service Enterprise Model and focusing concerted energy in cities like Detroit. (Throughout the country, I have seen how a really small allocation of dollars from the Service Generation Fund is rippling out in creative investments and solutions.)

I walked into the D:hive in downtown Detroit, an initiative funded by the Hudson-Webber Foundation to accelerate the renaissance of this city. The D:hive is literally buzzing with activity – they give newcomers tours of the city to attract urban pioneers and run eight-week courses for entrepreneurs who want to start new businesses and civic ventures. Detroit has so much to offer, and D:hive helps newcomers find things in the city, from great jobs to community organizations.

I also saw how tough challenges can generate creative solutions. I met with my friend David Fike, who is the president of Marygrove, a small college serving largely first-generation college students. He and the leadership of this formerly women's Catholic college have carried the institution into a new generation of growth and vitality by focusing on creating urban leaders. With a grant from the Kellogg Foundation, the college is revising its entire curriculum to develop leadership skills in each of its students and make Marygrove a significant leader in the drive to rebuild Detroit.

Back at the Lafayette Coney Island Hot Dog Stand, I asked Asia about school. "I love school, I love learning, and if I do well, I can help people," she said. Given all the great leaders I met who are helping others in an effort to help Detroit, Asia will have a lot of company and, I hope, a lot of success.