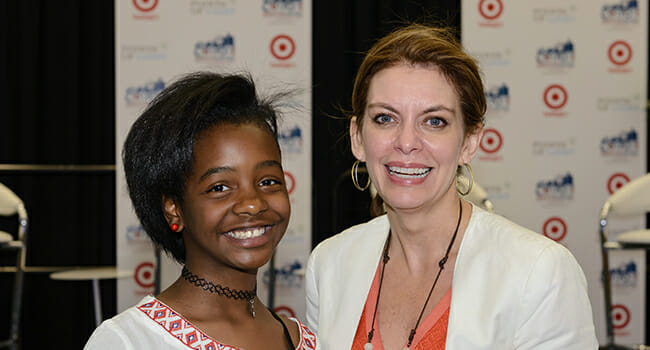 Resiliency is something we see every day—the child who learns to walk by stumbling only to get up again, the father and mother who work several jobs to make ends meet but rarely get ahead, the community that goes through decades of hardship and ultimately bankruptcy, but coins itself the comeback city. In Detroit, we got to see a resilient city and how its civic capacity, demonstrated in part through countless hours of volunteering, is fueling Detroit’s rise.

I know this because the 2016 Points of Light Conference on Volunteering and Service was held at the end of June amidst the rebounding, energetic, and entrepreneurial spirit that is alive in the still misunderstood city of Detroit. I know this because an enthusiastic board member and his fellow Michigan champions made the case that our 3,000 attendees from around the world, who represent business, nonprofit, Hollywood, and national leaders, needed to be inspired; to learn; to change; and to grow their thinking about how and why volunteering really matters, especially in resilient communities. They promised that if we came to Detroit we would see the real power of neighbor helping neighbor, we would be asked to engage in the community in a genuine way, and we would gain a meaningful understanding of how the soul of a city is driven by its people. 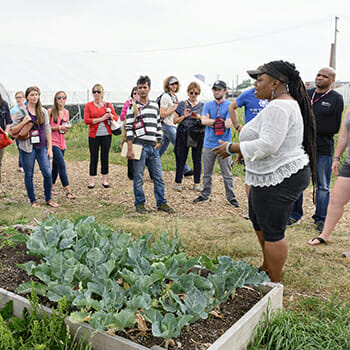 Detroit could not have been a more perfect city for this gathering of the minds that are focused on creating change. Detroit has always been central to the American story. Our greatest triumphs and trials can be charted alongside the rise and fall of the Motor City, the birth of Motown, the social revolt of the Underground Railroad and now the city’s rebirth in this 21st century global economy. A city like so many other disenfranchised cities where two-thirds of Americans live and either thrive or atrophy in this post-industrial, digital, global age. And yet we found that it was a city that was eager to learn from others while it provided models to replicate. A city that reached out to the visitors and welcomed exploration, and created new and renewed appreciation for the vital, delicate, precious tissue that connects, sustains and binds communities. Detroit and Detroiters created a place for examining, collaborating & learning from each other. They showed us a city of real, accessible, and poignant glimpses of disruptive transformation. It proved to be fertile ground for sharing ideas, challenging each other and ourselves, and celebrating together.

Frank Bruni of the New York Times wrote, “If New York is a measure of our financial might, and Los Angeles a yardstick for our imagination; then Detroit is a gauge of our soul.”  His was a referendum on what we’re capable of in terms of neglect and in terms of salvation. 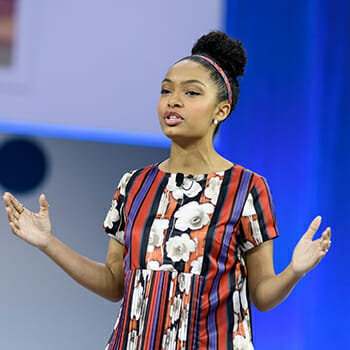 As Detroit is transforming, citizen activists are leading change. Social entrepreneurs are igniting progress. Collaborations between business and community leaders are producing imaginative new solutions to old problems. And Detroit is seeing neighborhoods come back to life; with residents leading and benefitting from new businesses opening up; and experiencing a renewed sense of spirit.

For the points of light gathered there last month, I believe it is Detroit’s renaissance, as well as its still unvarnished realities, that provided the flint for new ideas to spark there. With countless volunteers and social activists moving Detroit forward, new models are emerging for hyper local problem-solving that are people powered and citizen led.  Together, Detroit’s citizens and its leaders are revealing a new playbook for building and rebuilding resilient communities in America.

I came to Detroit intrigued and I left inspired largely because of the many community champions we got to know, learn from and stand with in Detroit. Thank you Kyle Caldwell, Donna Murray- Brown, Rob Collier, Ginna Holmes and all those who invited us to see and experience a resilient community—Detroit!