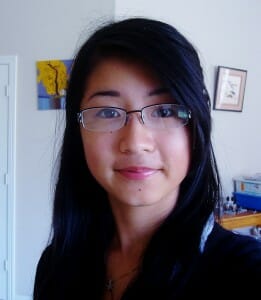 Today’s guest post is written by Sharon Li, a freshman at Glenda Dawson High School in Pearland, Texas. She is the co-founder of We Care Act, which helps school children recover from disasters and engages youth around the world to help others in need. Sharon has been a strong supporter of generationOn, the youth service enterprise of Points of Light, since 2011.

When I was younger, I thought that everything that happened was under my parents’ control. If not my mom or dad’s then the President, someone had to be giving orders somewhere or somehow. May 12, 2008 was when I realized that there are some things that aren’t in anyone’s power to stop.

I was only nine, when the Sichuan Earthquake hit China. Up until that moment, I had existed inside a world where the only things I wanted were batteries for my ever-dying Tamagotchi or new clothes for my Polly Pockets. I had yet to grasp the meaning of maturity and hard work. But after another uneventful day at school, I was surprised to see my mother waiting for me by the television. When she called my sister, brother, and I over and requested that we watch, I happily obliged until I realized it was the news channel, at which I desperately tried to pull away, but ended up reluctantly agreeing after a stern look from my mother.

Bits and pieces of information flew across the screen faster than I could take them in:

8.0 magnitude earthquake…lasted about 2.5 minutes…300,000 casualties and counting …epicenter 80 kilometers west-northwest of Chengdu, the capital of Sichuan. That was the day my little bubble of security popped and I stopped believing that my parents were the creators of the universe. Clearly, this disaster was something that no one could stop.

Later that day, my siblings and I were sitting on the hard-tiled floor of our living room and hastily gluing construction paper on tissue boxes. Bright colored words scrawled across the paper reading “Sichuan Earthquake Fund.” The following morning we crowded around the computers and made a quick newsletter called “Earthquake Act.” At the time, it was something very temporary. It was funds that we would collect for a week or two, then ship off to some big organization, then stop and resume our normal lives. Nothing permanent.

Our neatly printed newsletter was filled with interesting tidbits and we took copies, along with the tissue-box donation collector boxes, and began walking around the neighborhood, ringing doorbells, in the sweltering Texas heat. Some were very generous and kind, asking questions and telling us we had their support, others wouldn’t even open the door, but instead talk to us through glass of the window with little attention.

All in all, the final amount was astounding – $84.26 in two hours, and it was only the first day! My small 9-year-old self was ecstatic, and couldn’t wait for another round. In a couple months’ time the number of donations blossomed to $4,500 and kept climbing! By then, however, I realized that I had been wrong. This project was no longer temporary. It had become a way of life, something I would like to hold on to forever, not start and stop then forget about. My brother and sister realized it too, and my mother and the rest of us sat down to brainstorm. We ended up forming a 501(c)3 nonprofit organization called We Care Act, official legal papers and a stamp to prove it. Engaging about 23,000 kids from 17 different countries in community services, recruiting more than 100 others and aiding them in their own projects, helping more than 14,000 victims recover from six natural disasters and ending with a little more than $70,000.

But those are just numbers. That day in the sun, going from door to door and totally oblivious of how the next couple of hours would provide a turning point for the rest of my life. That day was a time that let me see the worst in nature, but best in humanity.