Each month, we shine a light on a Points of Light employee who is making a difference in their community. These stories of service highlight the individual volunteer efforts of our dedicated staff, what motivated them to get involved, and how service has inspired them. 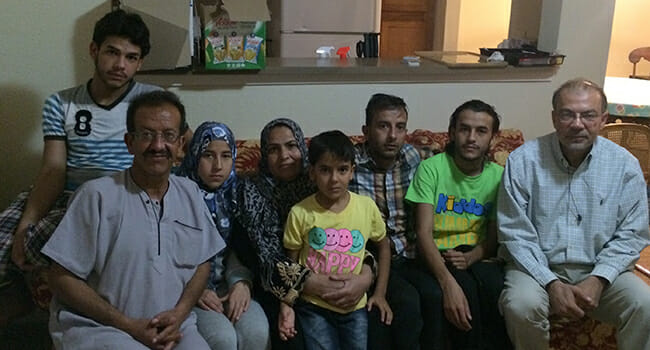 Though Sam Dooma, director of information technology at Points of Light, spends much of his day managing the technical needs across the organization’s three offices, his time outside of work is dedicated to volunteer work in support of immigrants and refugees. 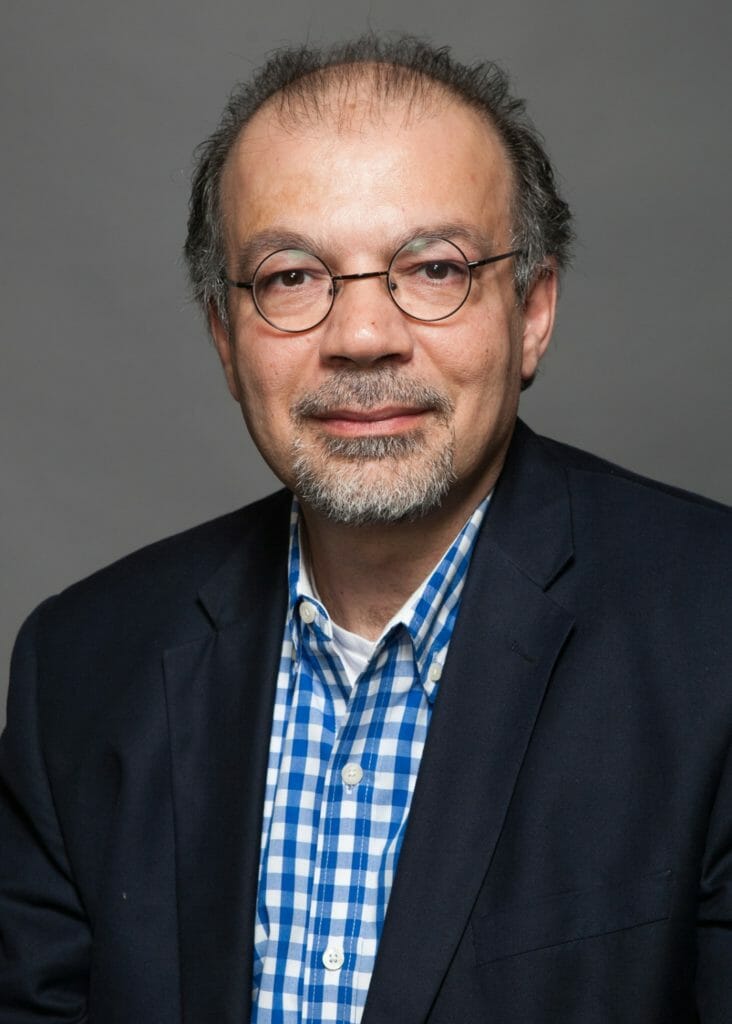 Over the last 10 years, Sam has worked with several programs that support refugees, including New American Pathways and the International Rescue Committee. Most recently his volunteer efforts have focused on Syrian refugees, even participating in a HandsOn Network and UPS run service project where he helped prepare 1,500 comfort kits containing toiletries and other basic necessities for refugee families arriving in Greece.

As an immigrant who came to the United States from Syria on a student visa to attend Jacksonville State University in Alabama, Sam is familiar with the challenges young people face when assimilating to a new environment. As a result, he not only helps refugee adults and families find the resources they need, but also continuously looks for ways to support the children of those who have traveled to the United States in search of a better life – for example, raising funds through his network of friends to provide refugee families with a computer for their children to do their homework with. We connected with Sam to learn more about the ways he supports immigrants and refugees through volunteer service, and how he first got involved.

1. What was your very first volunteer experience?

I was in charge of a donation storage facility in Clarkston, Georgia, which has the highest concentration of refugees in America.

2. What inspired you to get involved with refugee resettlement?

It was the summer of 2001. I wanted to get rid of my old clothes and I heard there was a place in Clarkston that took donations for refugees. It was an old garage located between four apartment complexes, and when I arrived the door was closed. There was a note asking people to leave all donation items at front of the door. While I was looking around, I saw a 3-year-old girl walking. She was wearing a very small t-shirt and was naked from the bottom down. No adults or other kids were around to ask where her parents were. I approached the little girl with a smile and asked her for her name, but she did not answer. I repeated the question several times. She just stared at me. A 9-year-old boy, her brother, came from the bushes. In his broken English, he said they were refugees from Burma. They had arrived to the United States one month ago. His mom was hand-washing the girl’s only clothes. 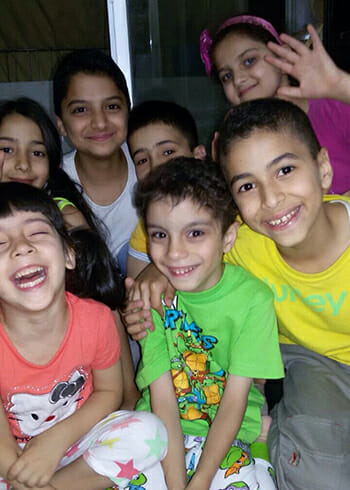 I called several people until I was able to speak with the person in charge of the storage place. He gave me the combination number to open the garage. In the distance, I saw three women and 10 to 15 kids running toward me. I opened the door to the storage area and the mothers and children rushed inside. The mothers began going through the clothes, which were stored in garbage bags, while the kids were looking for toys (mostly bicycles and dolls). Most of the bicycles were not in working condition, so I asked one of the kids to go with me to a bike shop nearby. His mom did not mind. I spent $100 on parts and tools, and made a deal with one boy to give him $5 for each bike he fixed. When we came back, the storage garage was a big mess, but it did not matter. The smiles and the thank yous through hand signals were rewarding enough.

I did not have time to clean up the storage place that day, but I made a deal with the person in charge that I would come back the following weekend with volunteers. Through Hands On Atlanta, I arranged to have 20 volunteers meet there. We took everything out, set up racks, ran strings to hang clothes and built shelves. Clothes were sorted and hung, and kitchenware was stored on the shelves and racks. For 3 years, I volunteered 20 hours a week managing this small storage place in Clarkston, where I got to meet refugees from places like Somalia, Afghanistan, Iraq, Bosnia, Kosovo, Burma, and more.

3. How has your work with these organizations evolved over the years?

Volunteering with refugees helped me realize that although providing clothes and furniture is important, it is a short term solution. All the adults I met were concerned over finding jobs. So, I shifted my focus to helping the refugees search for employment.  I recruited many of my friends and we started a social network of contacts (before Facebook) to connect with businesses who were hiring.

4. How has your own experience as an immigrant informed your volunteerism?

It was an act of kindness from a stranger that changed me. I came to the United States on a student visa two weeks before school started in Jacksonville, Alabama. The dorm was closed. I had no place to go and did not know what to do. I met a family who offered to host me at their house until the dorm opened. They were a very hospitable family. I will not forget their extended hand of kindness. They became my host family for the next 5 years.

5. What have you learned through your experiences as a volunteer?

An act of kindness has no limits. Really, what goes around, comes around.

6. What’s been the most rewarding part of your volunteer work?

7. Has your work with refugees inspired you to get involved with any other causes?

Yes. I have been working with immigrant youth in my neighborhood. These young men and women were born in the United States, but their parents were immigrants. Due to the big gap between the cultures, kids are having a problem living up to their parents’ expectations and vice versa. I helped start a youth organization called Murjaan (the Arabic word for Jewel). Working together, I helped them establish their bylaws, mission and vision and choose officers. I still serve as an adviser. They run several sports and social events – this is their 9th year.

8. What advice do you have for others who are looking for ways to get involved?

If you have the time and good health, then you are very rich. Go out and give. It really feels good.

9. What’s next for you as a volunteer?

I am using my experience to teach others who ask for it. Through the years, my name is well known in my community – when I pick up the phone and ask for help or, I usually get it. There is a younger generation of volunteers that I see getting involved. They have the energy and desire to give back to the community, but need guidance – every week, I get two or three calls from young kids who want to help in the community but do not know where to go. I assist them in finding their dream volunteer project.