This post is by Matthew Little, who says his service in AmeriCorps two decades ago shaped not only the way he looks at the world, but who he is as a father. 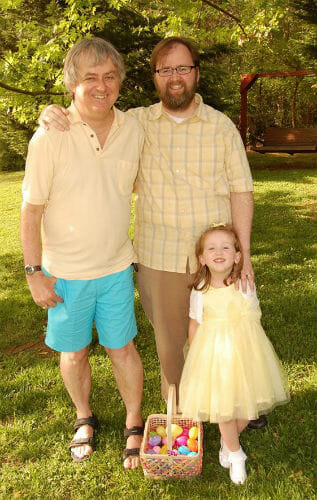 Matthew Little, center, with his father, Steve, and daughter, Maggie

Since she was 3, my daughter Maggie has happily volunteered to collect items for children in need. She gives of herself to reach out to others who are hurting and keeps my wife and me honest when we don’t live up to our own ideals. She has donated her toys (even some baby dolls) and raised funds to support those who have nothing.

As I think about Father’s Day, I’m reminded of how much my daughter still reaps the benefits of my year of service in AmeriCorps – despite being born years after I joined AmeriCorps’ first class, in 1994.

I recognize and celebrate all that Maggie – now 5 – does for others. Thanks to AmeriCorps, I came to realize that even as a small child she could give so much, if only she were provided the opportunities.

The opportunities I see my daughter given all began because of a decision I made at 18. After high school, I dreamed of going to college. Unfortunately, I had no way to make that dream a reality.

I came from a family with few financial resources, but an abiding belief that I would go to college and a strong sense of responsibility to help others in need. While we had no treasure, we gave our time freely.

You could find my father assisting those who came to the public library where he worked, and they would leave with food from his own lunch or a path to get the help they needed. My mother was actively engaged where we lived, too, and stepped up to lead a Cub Scout pack when no one else would, becoming the only female pack leader in Tennessee. 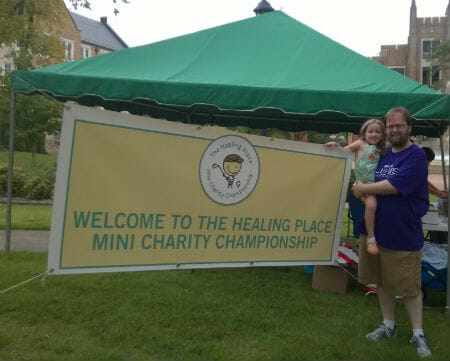 Matthew Little and his daughter, Maggie, participate in an event benefiting an Alabama center for grieving children and families.

Soon after graduating high school, I heard about a new program called AmeriCorps and about City Year, a nonprofit that deploys AmeriCorps members to schools to help students succeed. With my ingrained sense of service and the chance AmeriCorps would give me to fund college, it was an easy choice to join City Year’s team as an AmeriCorps member.

Early in my term of service, City Year hosted its annual Serve-a-Thon, and I was lucky to have my mother and 7-year-old brother, Bentley, join me for the event. I watched that 7-year-old pull weeds and mulch a community garden. My brother worked his heart out that day, and gave back just as much as any other volunteer.

That may have been the first time that I realized that children were not only to be served, but also could lead volunteer efforts themselves.

After my year of AmeriCorps service, I was more committed than ever to giving more people, especially students, the chance to learn and serve. I became the first person in my family to graduate with a bachelor’s degree and now work as the First-Year Experience Director at the University of North Alabama. I provide first-year students with opportunities and connections to our community through service and support.

And what become of that 7-year-old who worked so hard at a Serve-a-Thon? My brother also became a proud AmeriCorps alum and father after serving in 2006.

This post originally appeared on the AmeriCorps Alums blog.