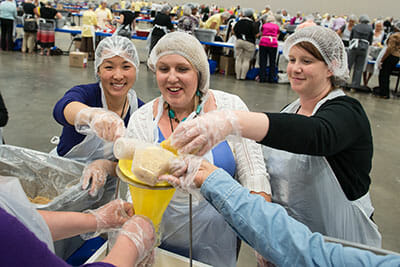 For years, volunteers nationwide have been telling Points of Light that they are happier, healthier people as a result of making a difference in the lives of others. Now, scientists are catching up with what these points of light are telling us, demonstrating that the benefits are tangible — mentally and physically — and a reason why so many keep coming back to help. They just feel better when they put others first. And this is despite the fact that the nature of their work often puts them in close contact with people who are suffering from illness, victims of crime or natural disasters, homeless, lonely, despairing or even dying. How can that be?

Let’s start with looking at the difference between two words that are often used interchangeably: empathy and compassion. Empathy is defined as “the visceral or emotional experience of another person’s feelings.” It’s that moment President Bill Clinton referred to when he famously said, “I feel your pain.” When you see a person who is suffering greatly, and feel sad — almost a grieving feeling in the pit of your stomach, really — that is empathy. Compassion, however, is different. One must first have empathy to feel compassion — you first have to recognize that someone else is suffering and in need — then have compassion to stop and help that person.

And it is compassion and its physical effect on the brain that has been the subject of several scientific studies over the years that are worth sharing, courtesy of the American Association of Psychological Science: 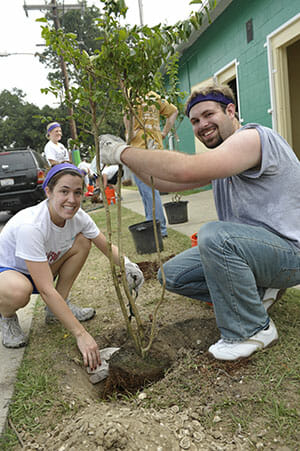 All of this confirms what we’ve known for ourselves for years: that points of light are healthier, happier people despite the circumstances in which they often find themselves — whether it is an ICU at the hospital, the devastation left by a natural disaster, or even just the quiet sadness of a lonely nursing home. Through it all, volunteers are able to keep a smile on their face, stay healthier and live longer. Compassion fuels them, both literally and figuratively.

No wonder 62 million volunteers gave at least an hour a week of their time to others last year in this country. They know what’s good for them — and now we have scientific proof.