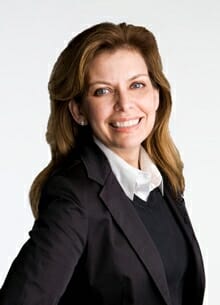 If you're like me, your dinner table, water cooler and social media conversations this week included Chris Rock quotes, primary predictions and a good bit of debate about what's not working – in government and politics, but also in schoolrooms, courthouses and communities.

For the record, I think comedian Chris Rock did a good job as host of the Academy Awards. His was a tough assignment, and his use of humor as critique helped millions of people join the conversation and begin to grapple together with issues of institutionalized racism. While I respect the choice some celebrities made to boycott the Oscars by staying home, I applaud the artists who showed up, stood up and spoke out – in Hollywood and almost 2,000 miles away, in Flint, Michigan, where film directors Ava DuVernay (Selma) and Ryan Coogler (Creed) organized the Justice for Flint concert and fundraiser to raise money and awareness about the crisis involving the water supply.

As the Oscars aired, an impressive group of artist-activists including musician Janelle Monae, actor Jesse Williams, artist Ledisi, comedian Hannibal Buress and legend Stevie Wonder were with families in Flint – showing up, standing up and speaking out about the tragedy there, and inviting more of us to join that effort, too.  On Twitter, #JusticeforFlint was trending at the same time as the Oscars, as supporters donated from across the U.S. to help local families.

Whether they spoke out at the Oscars in Hollywood or stood up with residents of Flint, these celebrities showed up as activists addressing disparities in opportunity and access – and they were heard. You may not agree with everything they said, and they didn’t all agree with each other, but they acted together as members of a community to make a difference. And this week, amid much political debate and too much divisiveness, these artist-activists were points of light for me.

Each day, I meet people like them who are troubled by an issue and who do more than just single out what’s wrong. These people take action and become points of light in lives and communities across the country and around the world. This year, Points of Light — the world’s largest organization dedicated to volunteer service — will mobilize millions of people in more than 250,000 service projects in 30 different countries. Their efforts will include 30 million hours of direct volunteer service worth more than $635 million, and an overwhelming majority of them will also use their voice and influence, their vote and civic participation as well as their time and talent to tackle tough problems, both immediate and systemic.

These individual points of light know that making Flint a better place is about more than just fixing the water supply – just as ending homelessness is about more than the roof over one’s head, and eradicating poverty is about more than handing someone money. Volunteers all over the world know that improving lives means building strong, safe, healthy, participatory communities where everyone has access, opportunity and a role to play in building – and defining – the common good.

So, especially this week, I salute the points of light – the volunteers, artists, residents, students, activists and politicians – who are shining a spotlight on tough issues and doing more about them than protesting.