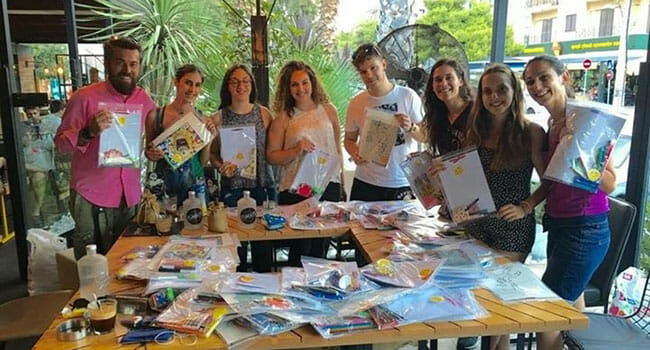 Since the beginning of the Syrian civil war in March 2011, thousands of Syrian citizens have arrived on the shores of Greece in search of refuge. Today, more than 62,000 refugees still reside in Greece and roughly half of them are women and children, according to the International Rescue Committee. Volunteers from around the world are providing assistance – helping refugees arriving by boat make it safely to land, providing support at refugee camps and packing care packages with essential supplies. Even with all of this assistance, however, the influx of immigrants has put great pressure on the Mediterranean nation to equitably distribute continually limited accommodations and resources amongst so many in need.

In times of crisis, while nonprofits and other aid organizations are frequently depended upon, they can also experience difficulty managing resources and delivering aid to people in need. In Greece, NGOs have had difficulty managing the influx of volunteers and donations that began to pour in as news of the refugee crisis spread around the world.

“Almost every NGO in Greece gets donations from people that just want to help, but don’t know what to do,” said Alkisti Macrynikola, director of partnerships and programs at Ethelon, a Points of Light global affiliate. “So when every NGO has donations, they have to cooperate with other ones to see where they have to send the donation, at which point, at what time – so at first there was a lack of communication.”

With Athens being the unofficial hub of volunteer response activities and no set system to manage donations, it was also difficult to distribute volunteers to help the right NGOs at the right time, Alkisti explained. So Ethelon stepped in as a coordinator. 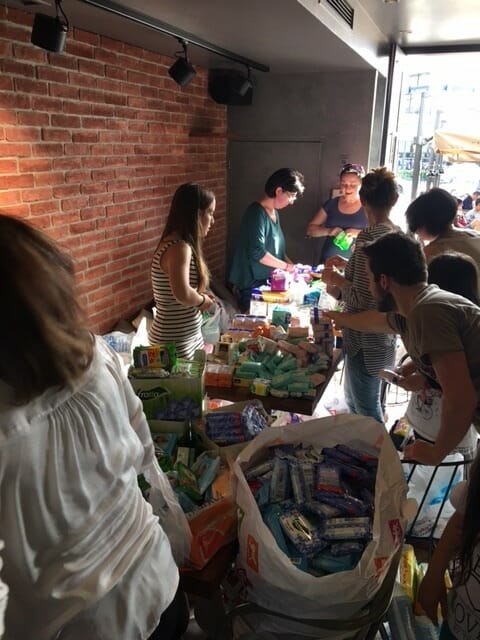 The organization’s database of volunteer opportunities provided a centralized location where volunteers could search for refugee aid projects based on the type of service they were interested in doing, and identify NGOs providing opportunities that matched. Ethelon also offered seminars to train organizations on how to be effective leaders in times of crisis, the importance of cooperation among NGOs and how to maximize impact with existing resources.

Ethelon is uniquely suited to provide this kind of leadership among NGO partners. Ethelon, which means “I want to volunteer” in Greek, was founded through a 2016 merger between Volunteer4Greece and Glovo, two nonprofits dedicated to mobilizing volunteers in Greece. The new organization’s vision is “to make volunteering an everyday thing for the Greek people,” said Alkisti. “It’s to provide a volunteering culture in everyday life, and to make volunteering available for all people from all ages.”

Though Ethelon has been successful in achieving this mission since the merger, the organization initially faced several of the same challenges that many Greek NGOs encountered when coming together in response to the refugee crisis.

“It’s very hard for people to work together when they have been working apart for many years,” Alkisti explained, noting the different – but ultimately complementary – approaches to volunteerism that each organization had specialized in prior to the merger.

Glovo was originally founded by three students in 2012 and focused almost exclusively on recruiting groups of volunteers for small events that they organized. Volunteer4Greece, while also small in size, focused more broadly on connecting volunteers to NGOs for long-term projects. Though the way these organizations organized volunteers was different, the causes they focused on were very similar – they felt that together they could have an even greater impact on their community.

Despite the initial challenge of unifying two organizations under one roof, allocating resources and focusing efforts appropriately to match organizational objectives, Alkisti said the experience turned out to be a unique advantage. Having successfully navigated their merger, Ethelon now had first-hand experience connecting and incorporating like-minded individuals to offer other NGOs looking to coordinate and collaborate to increase impact. 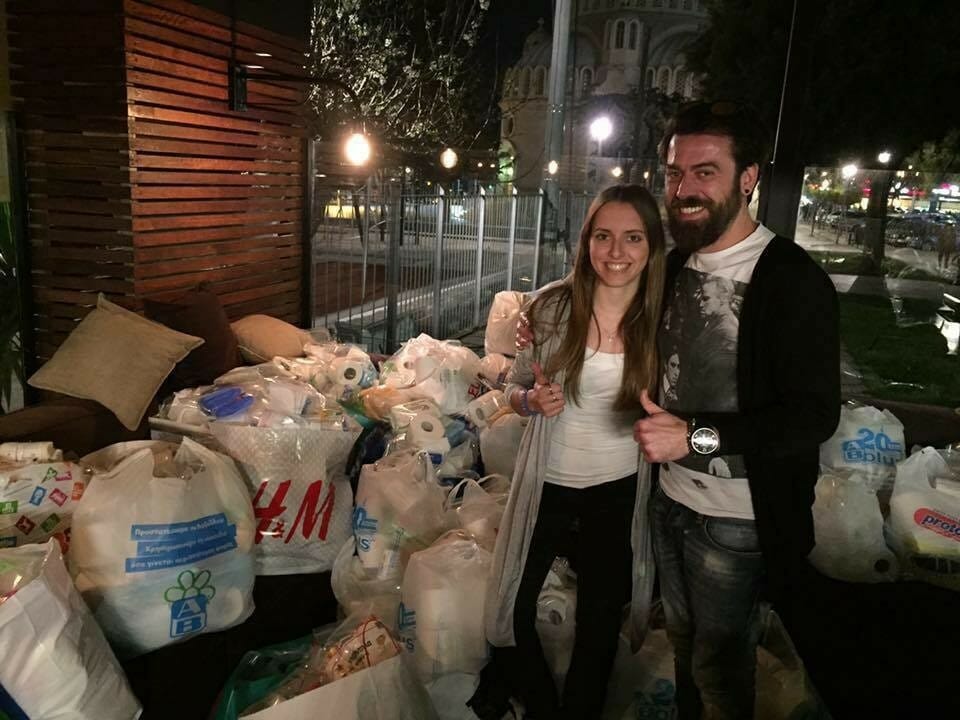 Through this alignment process, Ethelon helped plan and manage several volunteer projects in support of the refugee crisis. Popular projects included making hygiene kits with soap, toothpaste and other essential items; assembling entertainment kits for refugee children to keep them busy and take some of the strain off of refugee parents; and accepting and sorting food donations. The kits and food donations were then sent to refugee camps all across Greece.

For Ethelon, it’s been a rewarding experience to organize volunteers in pursuit of their organization’s mission – allowing volunteers to engage in small-scale projects that would not consume all of their free time – while also serving an important cause.

Because she balances her time between working as a dentist and serving with Ethelon, Alkisiti is one volunteer who especially appreciates the opportunity to give back in her limited free time. Over the last 5 years, she says, volunteering has been a part of her everyday life and she is dedicated to creating projects to get other Greeks involved in similar ways. In fact, the hygiene kit project was her idea.

Ethelon held several events to pack hygiene kits, each engaging more than 40 volunteers. Alkisti explained that the main result of these events was seeing how people can be engaged in simple ways.

“The payoff I think was actually giving the opportunity to people, to neighborhoods, to contribute to the refugee crisis in very simple ways, such as donating supplies or just coming for an hour, or half an hour, to make the kits,” said Alkisti.