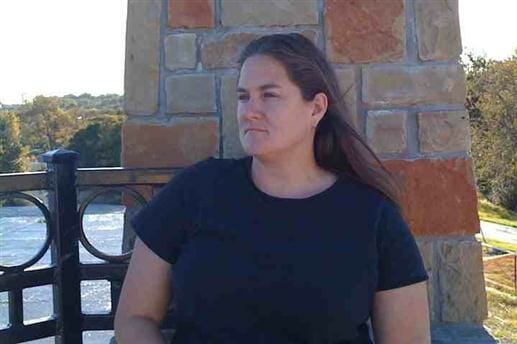 When I served on Disaster Response assignment with AmeriCorps *NCCC in 1998, I had no idea that I was starting on the Emergency Management career path. That one month on assignment in the San Francisco area was an amazing experience. Helping with their flood response in the area of logistics taught me about all of the coordination that is needed in a disaster response. I learned to drive a forklift, helped provide supplies to the larger response, and even helped with client casework.

Shortly after leaving NCCC in 2001, I moved to Dallas to take a position with the American Red Cross as a logistics specialist.  In this role, I was given the opportunity to manage the National Preparedness and Response Corps program and supervised 28 AmeriCorps Members. I was in this role when Hurricane Katrina hit and helped to manage the second largest sheltering operation the American Red Cross has ever conducted (the largest was in Houston during that time).  The highlight of my Hurricane Katrina experience was seeing my AmeriCorps Members in action.

This response took place just three days after their training. They serve tirelessly for several months in extreme situations (primarily sheltering and logistics). I remember one 19 year old member who conducted training to a room of more than a hundred volunteers while standing on a chair so everyone could see her.  Though they were a newly formed team, the members consistently checked on each other and encouraged one another. I am convinced that is how everyone managed to get through that difficult time.

I work for the Volunteer Center, developing the volunteer intake and management process. This means working with the unique culture of each participant organization in order to honor their risk management practices and specific needs.  This process will allow spontaneous volunteers to serve in a variety of roles more quickly and effectively. During Katrina, I felt a lot of the same frustration that the community felt in that they did not know how to serve and there was no clear process.   The best part is that this model can be used outside of North Texas because each of the partners have corresponding National Organizations who have pledged their support of the initiative. 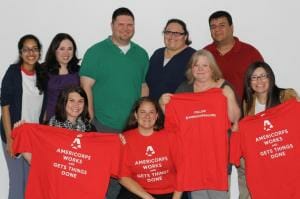 In addition to my professional role, I serve as the Chapter Leader for AmeriCorps Alums North Texas. I firmly believe that AmeriCorps Alums are uniquely suited to support disaster response in their local communities, due to their experience in serving others and working with volunteers. I encourage all AmeriCorps Alums to get involved.

The first step is to get personally prepared; getting together with family, close friends, neighbors, and other important people to plan what you would do in case of disaster. Fires happen, floods happen, tornadoes happen and you need to know how best to deal with those situations when they arise.  This can include creating a communications plan to let people know you are safe, putting together a supply kit with essentials you may need, and identifying hazards in your home or neighborhood you could mitigate to make yourself safer. There are a multitude of websites that you can use, including Good and Ready.

The next step is to find a way to support your community when disasters occur. I am a firm believer in the Citizen’s Corps programs. Community Emergency Response Teams (CERT) are very specific to an area and connect you with the best resources and other people in your area who want to help. The training is pretty interesting and includes hands on components. People also have the option of connecting with local disaster response organizations like the American Red Cross. There is something out there for everyone.

AmeriCorps Alums of North Texas is actively pursuing a relationship with local AmeriCorps programs and our state commission, the One Star Foundation, to provide training support for currently serving AmeriCorps Members and Alums. It is our hope that all individuals who what to help in times of disaster know exactly what to do and where to serve.

It’s time to be prepared.

September is National Disaster Preparedness Month and it’s time to pledge to get Good & Ready! Join Points of Light and our partners Ready.gov, the American Red Cross and the Federal Alliance for Safe Homes in preparing communities to recover from disasters.