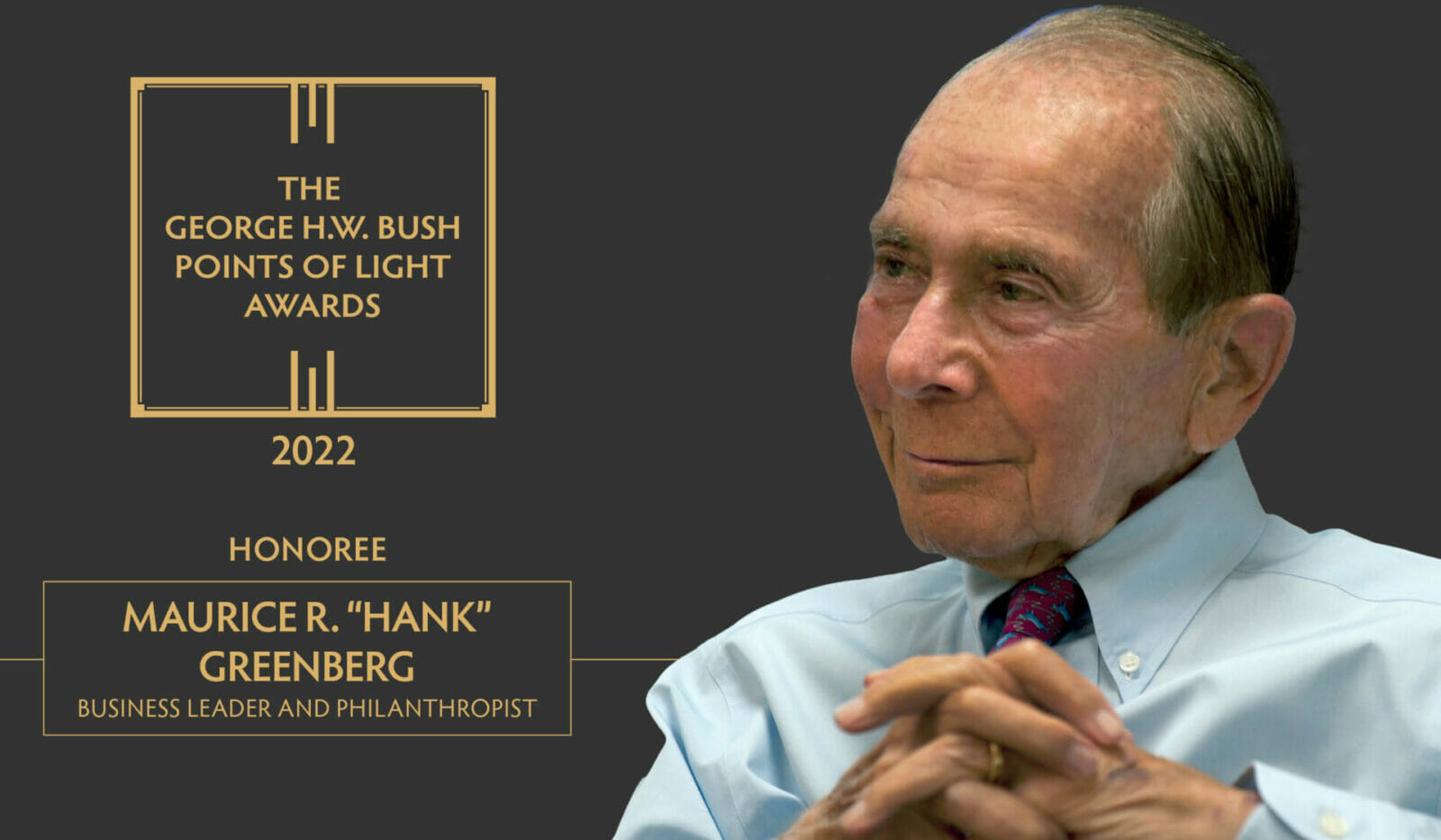 The George H.W. Bush Points of Light Awards took place on October 24, 2022. This event, our fourth annual celebration, honored individuals who are driving measurable and sustained change in their communities and beyond. One of this year’s honorees is Maurice R. “Hank” Greenberg, chairman and CEO of Starr Insurance Companies, a global insurance and investment organization founded by Cornelius Vander Starr in 1919 in Shanghai, China. A decorated United States Army veteran, he served in both World War II and the Korean Conflict, rising to the rank of Captain and serving as a company commander. Now, his efforts are focused on the business and philanthropic sectors.

Mr. Greenberg retired as Chairman and CEO of American International Group (AIG), which became the first fully licensed foreign insurance company in China. Under his nearly 40 years of leadership, AIG grew from an initial market value of $300 million to $180 billion, becoming the largest insurance company in the world.

Currently, he serves as chair of The Starr Foundation, a philanthropic organization initially funded by Cornelius Vander Starr’s estate. The Starr Foundation has now grown to become one of the largest private foundations in the United States, awarding more than $3.8 billion in grants worldwide to a wide variety of academic, medical, cultural and public policy organizations around the world.

In 1990, he was appointed by Zhu Rongji as Shanghai’s first chairman of the International Business Leaders’ Advisory Council (IBLAC). Greenberg has been named an honorary citizen of Shanghai and was appointed as a Senior Economic Advisor to the Beijing Municipal Government.

Mr. Greenberg holds many awards, having been presented with the Friendship Medal for Contribution to China’s Reform by President Xi Jinping in 2018 – one of only two Americans among 10 foreign leaders to receive this honor.

We’re thrilled to celebrate Maurice R. “Hank” Greenberg and his powerful examples of leadership this year as one of our 2022 honorees of The George H.W. Bush Points of Light Awards.

The George H.W. Bush Awards Celebration of 2022 was All About Legacy