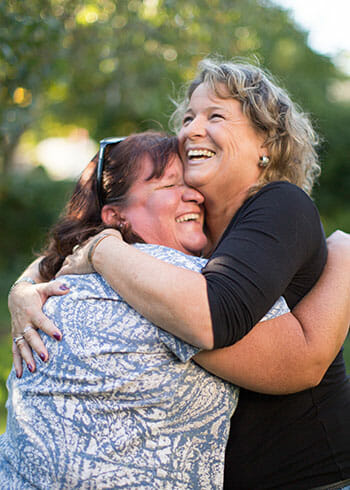 Norman Hurns mentors elementary school boys on “life skills and character education” through Brothers Making a Difference, a program he created after he saw a need to inspire and motivate kids growing up in a city hit hard by changing economics and the shrinking auto industry – Detroit.

Kathy Koenigsdorf works tirelessly to raise money for people battling substance abuse and want help but can’t afford it. Through the foundation she started to honor her late son in 2013, she’s raised $156,000 and funded 172 people into facilities to start on the road to recovery.

And across the pond, Marc Grayston volunteers to teach karate for free or at low cost to kids in Basildon, in Essex County England, who otherwise couldn’t afford it.

Each of these changemakers has been recognized by Points of Light with a Daily Point of Light Award – with Marc’s recognition coming because UK Prime Minister David Cameron has adopted a daily award to celebrate the impact of volunteers in his country.

It’s National Volunteer Week, and you may have already seen these individuals in the news. So many of you have stories about neighbors and friends making a difference through volunteer service. We’d love to learn more about these community changemakers through our National Volunteer Week page or through posts using #NVW2016. 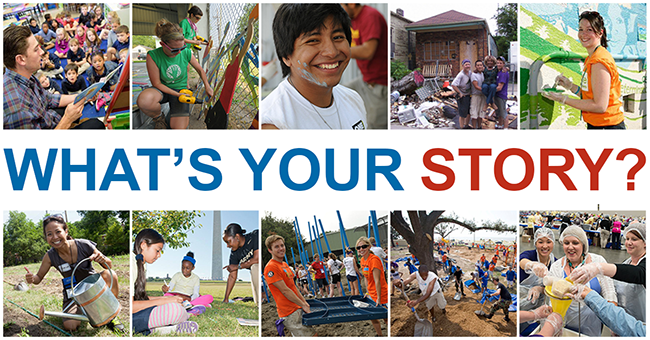 A bit of American history: President Nixon first proclaimed National Volunteer Week in 1974. President George H.W. Bush started the Points of Light movement, and National Volunteer Week became part of our mission. “From now on in America,” he often said, “any definition of a successful life must include service to others.” I’d say that’s the case now — anyone who is considered a success in America is almost always also volunteering either their time or their money to help others.

After the terrorist attacks of 9/11, President George W. Bush began the President’s Volunteer Service Award. These awards are given to Americans who have completed a required number of volunteer hours over a one-year period, or cumulative hours over the course of their lifetime. There are bronze, silver and gold awards for young kids, teens, young adults, adults and families, and all with different levels of service hours completed. Since the program’s inception in 2003, more than 1.5 million volunteers have been recognized.

Presidential attention to volunteerism can make a huge difference. Whether it was President Kennedy’s founding of the Peace Corps in 1961, or President Clinton’s creation of AmeriCorps in 1993, or President Bush’s President’s Volunteer Service Awards, the continued focus on recognizing and expanding volunteerism has resulted in a growing number of people mobilizing to take action and change the world. In his recent 2016 proclamation, President Barack Obama said, “During National Volunteer Week, let us shed the cynicism that says one person cannot make a difference in the lives of others by embracing each of our individual responsibilities to serve and shape a brighter future for all.”

Our organization now operates in 30 countries, working with volunteers on more than 250,000 service projects, giving more than 30 million hours of service annually for a total of over $635 million worth of donated volunteer time.

National Volunteer Week gives us great momentum for the recognition we do every day. Who do you know who is contributing to this changemaking effort? I encourage you to nominate them for a Daily Point of Light Award. And share your story with us on what service means to you – why you volunteer – using #NVW2016. Help us continue to build on the history and tell a story of volunteerism and service to others.