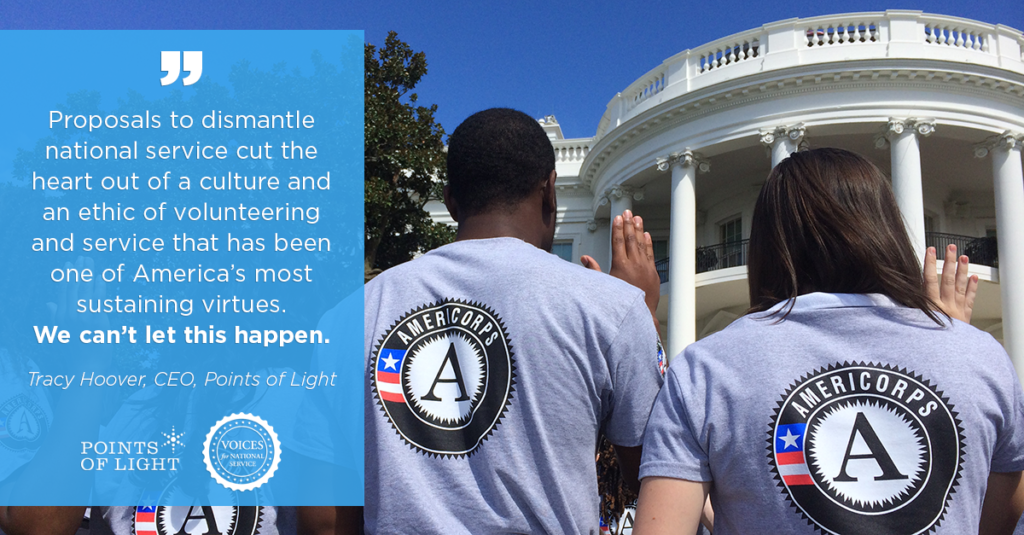 The White House budget proposal for fiscal year 2018 calls for the elimination of the Corporation for National and Community Service over the course of the next year, which would include ending national service programs like AmeriCorps and Senior Corps. If enacted, these cuts would devastate thousands of faith- and community-based organizations, in communities across America – programs that serve children and families, respond to natural disasters, support military families, and generally serve as the backbone of community efforts to address pressing challenges.

Points of Light and Voices for National Service are partnering on a social media campaign to help supporters of national service take action and make their voices heard – calling on Congress and the White House to invest in, not eliminate, service and volunteering initiatives supported by CNCS. Add your voice. 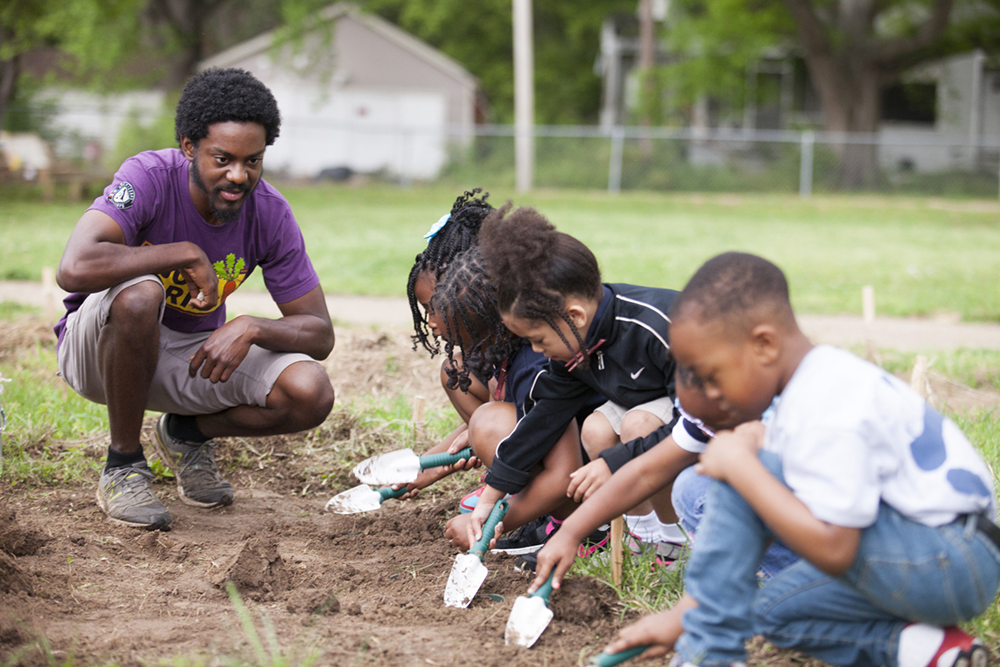 Our country’s modern national service programming began when President George H.W. Bush created the White House Office of National Service in 1989, a federal investment that has had bipartisan support in Congress and from subsequent presidents of both political parties. CNCS was created by Congress in 1993 to be a public-private partnership that would expand upon the White House Office of National Service, while decreasing dependency on government and empowering citizens to tackle pressing challenges at the local level.

“As we continue to make the case for strong funding in fiscal year 2018, we are counting on bipartisan leadership in Congress and the thousands of national service supporters across the country who will join the fight to ensure AmeriCorps and Senior Corps members can continue to provide critically needed services to their communities and the nation,” said AnnMaura Connolly, president of Voices for National Service.

CNCS’s FY 2017 budget of $1.03 billion makes up less than .03 percent of the federal budget. National service is a public-private partnership that recognizes that no one sector can meet our challenges alone. CNCS, which leverages more than $1.26 billion in resources from the private sector, foundations, and local agencies, is helping organizations across the country work in creative ways to tackle our most persistent and costly challenges. A study by economists at Columbia University found that for every dollar invested in national service, there is a $3.95 return to society in terms of higher earnings, increased output, and other community benefits. 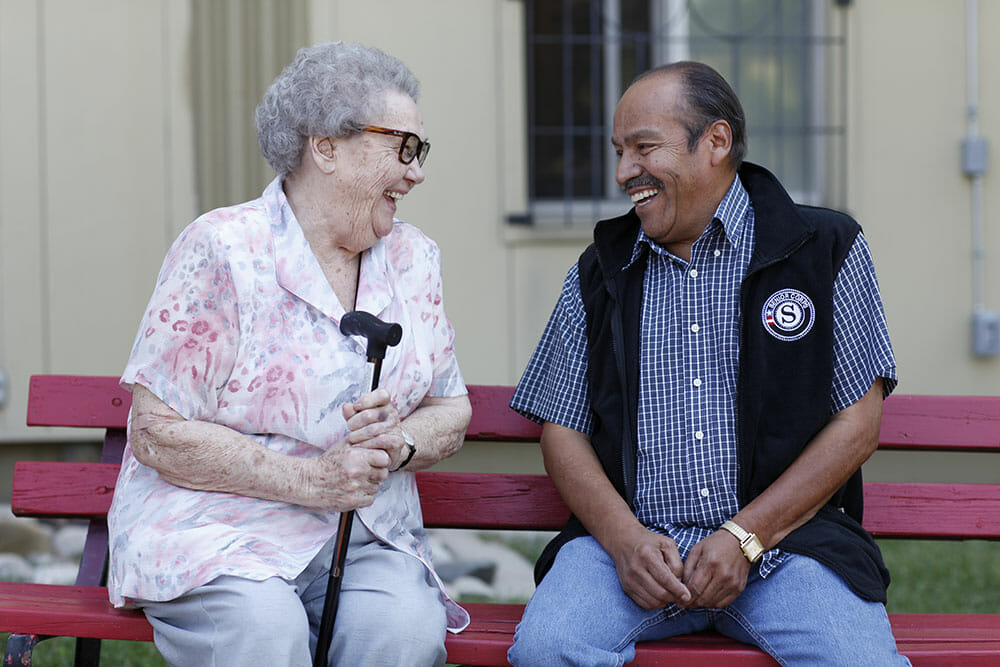 And national service is tremendously popular. A poll in nine presidential battleground states found that 83 percent of registered voters support increased or maintained federal investment in national service.  This overwhelming support defies party lines, including 78 percent of Republicans, 84 percent of Independents, and 90 percent of Democrats surveyed.

It’s easy to understand why voters support national service. CNCS programs harness the energy and ingenuity of our nation’s most valuable resource – our citizens – to address community needs and help local economies grow.

“Proposals to dismantle national service cut the heart out of a culture and an ethic of volunteering and service that has been one of America’s most sustaining virtues and that the rest of the world strives to emulate,” said Tracy Hoover, CEO of Points of Light. “We can’t let this happen.”

On June 20, during the Service Unites Summit at the Conference on Volunteering and Service, we will release a Thunderclap in support of national service. Thunderclap, the world’s first “crowdspeaking” platform, allows individuals and organizations to lend their voice – and social reach – to the causes they are most passionate about.

Join Points of Light and Voices for National Service in calling on Congress to protect funding for national service and encouraging your networks to do the same. Add your voice to the Thunderclap campaign to take a #Stand4Service!