The 2016 GE Global Month of Service connects employees worldwide around a commitment to serve, with thousands of GE employees volunteering their time and talent to build stronger communities where they live and work. This month of service, in partnership with Points of Light, demonstrates the power that individuals have to impact their communities. 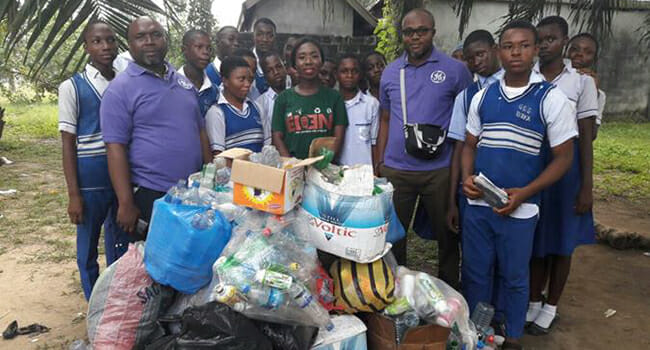 Nigeria is one of the fastest growing countries in the world. According to recent UN predictions, its population will reach 397 million in 2050, making it the fourth most populous nation in the world. Even now its cities are feeling the pressure – Lagos, the most populous city in the country, is home to 20 million people and is expected to double in population over the next 35 years.

As with all rapidly growing and industrializing areas, Nigerian cities are now challenged to bolster their infrastructure to support the needs of their expanding populace. In addition to concerns about education and health care, Nigerian communities are facing serious waste management concerns.

A city as big as Lagos can produce 10,000 metric tons of waste in a day, only 40 percent of which is collected by the strained municipal government. In addition, only 13 percent of recyclable material avoids the landfill, making the trash problem even worse. Over the coming years, Nigeria’s growing pains will only get worse as it looks for ways to support its rapidly growing populace.

GE is demonstrating how service can be a powerful solution to this problem. On Dec. 2, GE volunteers in two Nigerian cities, Lagos and Rivers, teamed up with more than 5,400 students in 10 secondary schools on a community recycling project. The volunteers worked with students, explaining the importance of recycling and helping them develop plans for a Recycle and Win game. 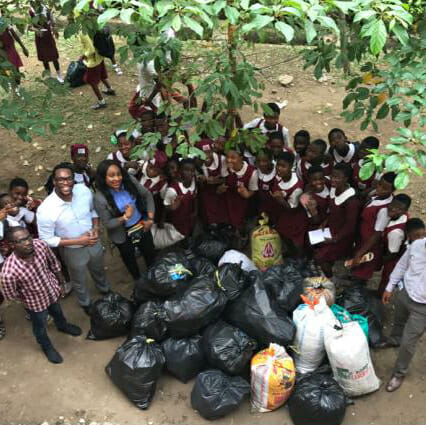 The children collected recyclable items that could be donated to Recycle Points, a Nigeria-based nonprofit that awards points to people who collect and turn in recyclable material. The children earned points determined by the number and type of recyclables they collected; the points can be redeemed for prizes ranging from basic school supplies to laptop computers. As an added incentive, GE awarded 20 laptops to the school that collected the most recyclables.

In putting together a service project to address urban sanitation, GE volunteers are leveraging the full potential employee volunteerism and using it to address the most pressing needs where they live – teaching children the value of sustainable practices. As a result of this program, these students will return to their neighborhoods and encourage their friends and family to recycle, creating a trend that will hopefully have a marked impact on Nigeria’s waste management crisis.