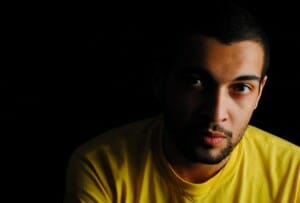 Today’s guest post is written by Teddy Burrage, 22, a travel writer for ExcellentHotels.com.

Last fall I was given an opportunity that has forever instilled a passion within me to become more active in my community. I was asked to participate in the Frannie Peabody Center’s Go Youth! Retreat for young, mostly gay men between the ages of 18-23.  Frannie Peabody is a nonprofit organization in Portland, Maine started by a woman whose grandson contracted HIV in 1984. Over the next two decades, she worked with people and families affected by HIV. Even though she passed away in 2001, the organization continues to work with the public to provide assistance, meals, medicine, housing and resources to people who are HIV positive. They also provide sexual education through outreach and programs such as the retreat I attended.

Since I was in high school, I have always volunteered for campaigns, whether they were for a candidate or referendum issues. Thrusting signs in the air, marching and fully experiencing our democracy has certainly been profound; but the moments I had on the retreat spoke to me in a different way.

The two-day conference was intimate and broken up into different blocks in which all of us (three outreach specialist, two volunteers, and about 10 youth) learned and had open discussions about the risk factors of HIV/AIDS, ways to prevent its spread and various other subjects, including but not limited to LGBT issues and physical health in general.

It’s not often that young people have the opportunity to critically think about important issues in a casual and safe environment, especially for gay or transgendered males. A lot of the kids who attended the retreat were from rural areas in Maine that lack the social climate or resources to support young people in the LGBT community. The stigma attached to being gay or transgendered can too often become overwhelming. This was an opportunity to escape that stigma while finding a sense of community.

On the final evening there was an open mic-style forum and the three outreach specialists handed controls over to the young men. They were given the chance to share poetry, music and anything else that they felt was appropriate. Some played the guitar and others shared their favorite music videos, while a few chose to lend some much needed moral support. Out of all the fun activities we experienced, this was the one that particularly moved me.

One young man compiled a video of himself and his friends, all of whom were transgendered. They recited acrostic poems spelling out their names, covering a vast range of emotions. Using undertones of happiness, pride, sadness and melancholy, they told their story as all of us watching remained silent. The candid confessionals were truthful and raw, striking a major cord within me. The single message that I drew from the video was that we’re all human and we’re all in this together; we can’t let those who suffer the most slip through the cracks.

If the people at the Frannie Peabody Center – their donors, employees, and volunteers– weren’t so passionate about supporting these youth, that young man may have never have shared his video with me, and I may have never sought out further opportunities to become involved in my community. Through volunteering I have learned how easy it is to get involved, and I also learned how important the effects of nonprofits are on society.

That weekend I learn about condoms, LGBT history, and how to drink responsibly, but most of all, I learned that we all share a common responsibility to support our neighbors.

Volunteerism doesn’t only help a specific cause; it enriches the community as a whole and kindles a fundamental responsibility within an individual to better humanity.

To learn more about the Frannie Peabody Center and their efforts, visit their webpage and take some time to watch this video about her legacy.

Teddy is currently looking to find more ways to get involved in his community by researching local organizations and connecting with people through social media. In his travels he turns to his employer for hotel bookings and he suggests that his readers do the same.