“Maria Rose’s commitment to supporting a cause she cares about is a shining example of what it means to be a point of light, reflecting President Bush’s belief in the power of service for the betterment of society,” said Natalye Paquin, president and CEO of Points of Light. “Her leadership, innovation and dedication to fighting food insecurity have made a meaningful and lasting different in communities across the country – and she continues to be a passionate and impactful voice for positive change.”

Maria Rose Belding is the co-founder and executive director of the MEANS Database, a nonprofit tech company that has rerouted more than 2.2 million pounds of food to communities in need across the United States. A frequent speaker on food insecurity, poverty and responsible entrepreneurship, Maria Rose has delivered address in 25 U.S. states and the Obama White House.

Her work has earned her recognition as one of the L’Oreal Paris Women of Worth, a Daily Point of Light, a Starbucks Upstander, and a Glamour College Woman of the Year, among others. In December 2018, at age 23, she became the youngest woman featured as a CNN Hero of the Year. Maria Rose graduated from American University in Washington, D.C., in May 2019, receiving a B.S. in public health while on the pre-med track. In her free time, she enjoys being asleep.

“I was born almost three years after President Bush left office, and despite never having lived under his administration, I have found my life enormously shaped by his legacy,” said Maria Rose. “His efforts to create and build Points of Light has fueled and informed my work at many stages – from the L’Oreal Women of Worth Program to the President’s Volunteer Service Award to this incredible honor. 41’s establishment of service as an American way of life is living on through our generation, and I am deeply honored to be among the young adults now carrying on the mission.” 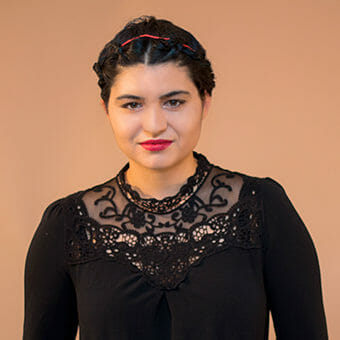