Diane Quest is the interim president and CEO at Points of Light and has served as an executive leader with the organization since 2016. She most recently served as Chief Operating Officer.

An accomplished nonprofit executive, she brings 20 years of experience in management, strategy, and external affairs, including marketing and communications, event production and experience, and partnerships. In her tenure at Points of Light, she has served in a variety of roles as a member of the executive leadership team responsible for enterprise strategy, and most recently she served as chief external affairs officer, where she was responsible for brand strategy, the annual Points of Light Conference, The George H.W. Bush Points of Light Awards and Celebration, and The Daily Point of Light Award.

Diane has an extensive background in strategic and crisis communications. In her previous role at MENTOR: The National Mentoring Partnership she successfully led a rebranding effort, a strategy that resulted in increased visibility in earned media and social media, and the doubling of registration at the organization’s annual national conference. Prior to MENTOR, she was a consultant with Camino Public Relations, a boutique firm with a focus on social justice nonprofit clients.

She served at The Pew Charitable Trusts as the communications manager for a jointly sponsored advocacy project with the Robert Wood Johnson Foundation. Prior to her work at Pew, Diane was the national media director at the Planned Parenthood Federation of America. She managed the development and implementation of media relations campaigns to advance the mission of the $1 billion reproductive health care and advocacy organization.

In addition to her nonprofit work, Diane also has experience working within the federal government. She was the media and legislative affairs liaison for the inspector general at the U.S. Department of State. Before entering the field of communications and public relations, she was a television journalist. She has a Master of Arts in political science from American University in Washington, D.C., and a Bachelor of Journalism from the University of Texas at Austin. 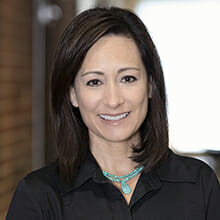