Meet Daily Point of Light Award honoree Michaeyla Nadeau. Read her story and nominate an outstanding volunteer, family or organization as a Point of Light. 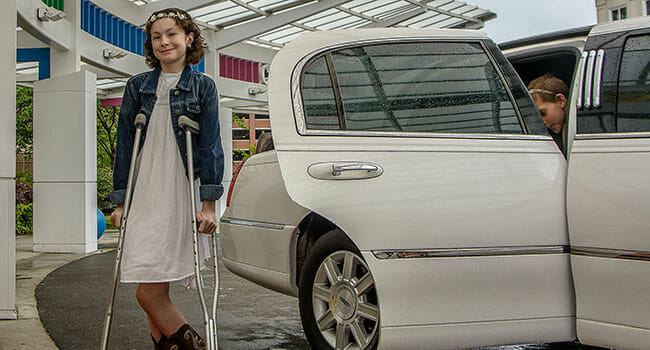 Courtesy: Michael Nadeau
Michaeyla Nadeau arrives by limo for a prom for pediatric cancer patients held at Children’s Hospital of the King’s Daughters.

“Kids need someone to represent them, someone who will share their voice, and I love being that person!” said Michaeyla Nadeau of Virginia Beach, Virginia, who volunteers as a patient advocate for children with cancer and other illnesses.

Though she is only 12 years old, Michaeyla speaks with the upbeat energy and confidence of a healthy, mature adult. She has been battling osteosarcoma, a form of bone cancer, for two years, spending endless hours undergoing chemotherapy and surgery.  At one point, she was hospitalized for nearly 320 days straight.

“High doses of chemotherapy harm the immune system so she was very susceptible to everything, and every time children with cancer develop a fever of 101.4 or higher, they stay admitted until they are fever free,” explained Michael Nadeau, Michaeyla’s father. “She would get discharged and go home to see her three younger sisters, and we were right back.”

Still, Michaeyla embraces a volunteer position at Children’s Hospital of the King’s Daughters in Norfolk, Virginia, despite regularly heading back to the hospital for meetings.

She’s a charter member of the Kids as Partners Advocacy Council, which seeks ideas to improve life for hospitalized children and teens. Already, Michaeyla, who during her long days as a patient had quickly discovered it was hard to stream movies or hold Facetime chats due to insufficient wi-fi, campaigned with the other youth members of the council to persuade the hospital to expand the bandwidth of their internet.

The council is also renovating one of its playrooms to be a haven for teens.

“We all went to the same playroom, and it was kind of overwhelming with the little kids running around and I thought maybe we could have a place for older kids to go,” said Michaeyla. The room will feature an air hockey table, arcade and video games and a sound system, along with a quiet area with a soothing “bubble wall” for teens to collect their thoughts and emotions, said Haley Brown, a childhood specialist at the hospital. 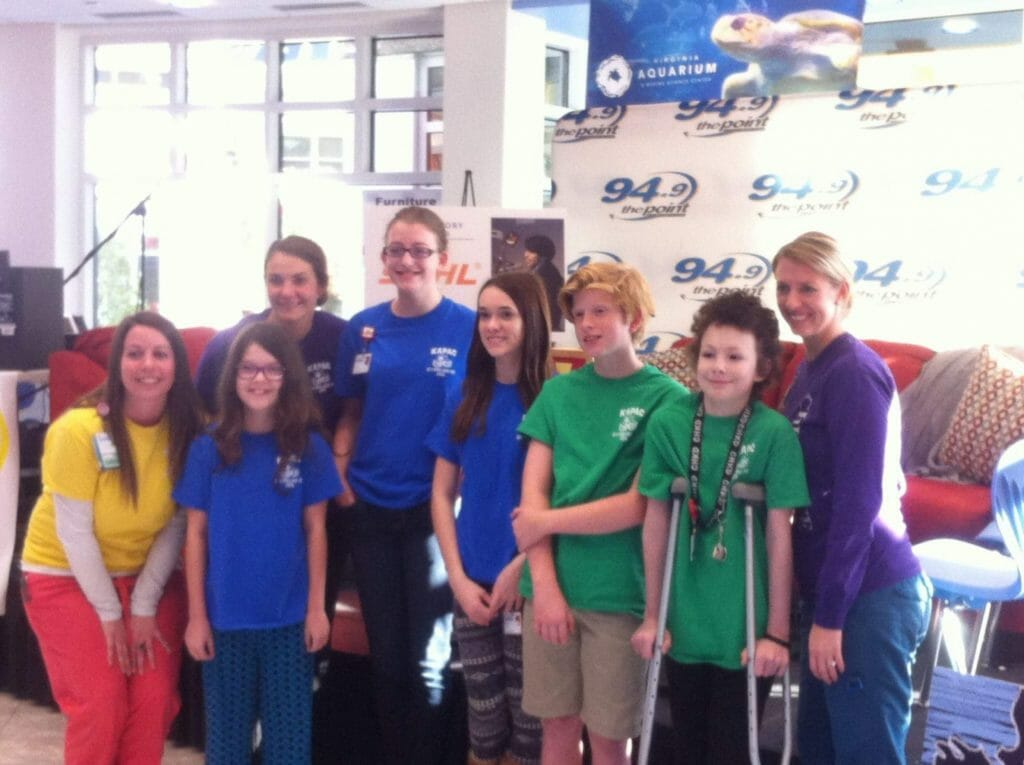 Courtesy: Michael Nadeau
Michaeyla (second from right) attends a radiothon held by the Kids as Partners Advocacy Council to raise funds for improvements at Children’s Hospital of the King’s Daughers.

Haley said Michaeyla showed self-confidence from the start, and encourages other teens to speak up. “They grilled representatives of our information systems department: ‘Why don’t these apps work? Why can’t we stream our movies?'” said Haley.

Michaeyla was soon asked to attend meetings of the Patient/Family Advocacy Council, formed to develop similar improvements suggested by parents and patients in the neonatal intensive care and other units.

“I go back and forth between [the two councils] and I tell everybody what’s been going on with both groups,” she said.

Michaeyla’s parents were surprised that their daughter wanted to volunteer her time and energy at a place where she’s spent so much time undergoing painful treatments, including surgical replacement of her entire tibia and kneecap.

“I’m shocked,” admitted Arienne Nadeau, Michaeyla’s mother. “But it doesn’t seem to bother her at all. It’s making her grow as a person rather than bringing back bad memories.”

Michaeyla, whose long-term ambition is to study engineering at MIT, plans to sign on for another year on the council. “There’s always something more you can give,” she said. “I know I’m helping someone else.”