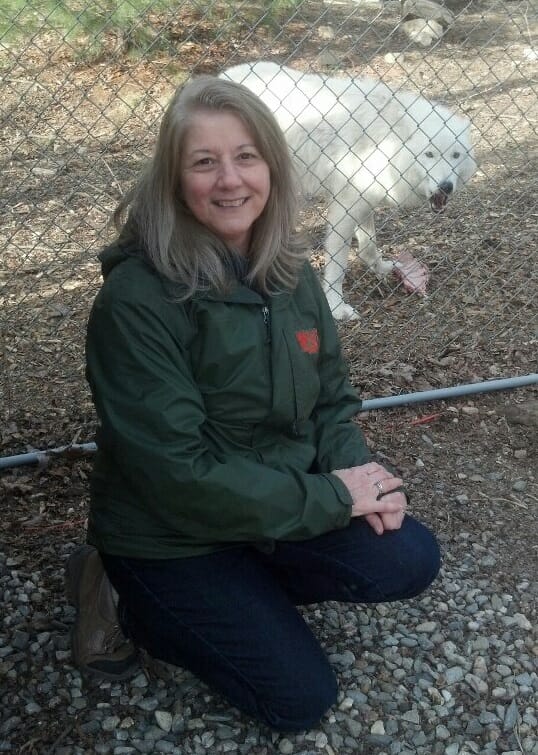 Whether it be donning a bonnet and spectacles to trick Little Red Riding Hood or huffing and puffing and blowing down the houses of two architecturally challenged little pigs – the Big Bad Wolf trope is prevalent throughout modern literature.

“We’ve all grown up with those [misconceptions],” said Barbara Mignano. “When the Europeans came over here, they brought those tales with them.”

As a volunteer at the Wolf Conservation Center in South Salem, New York, Barbara has been doing her part to eliminate stereotypes and protect endangered Mexican gray wolves and red wolves since 2007.  The retiree spends four days a week helping out at the center.

“Wolves are not dangerous beasts,” she said. “They are not mythical creatures. They are not anything except a wolf, and they have their rightful place.”

The mission of the Wolf Conservation Center is two-pronged – education and preservation. It’s onsite programs like the Full Moon Walk and Pack Chat for Kids teach the general public about the role wolves play in balancing the ecosystem as a top predator.

The facility is also a member of the federal Species Survival Plan (SSP) recovery programs for Mexican gray wolves and red wolves. Both species were once extinct in the wild as the result of excessive predator control programs that encouraged hunting and poisoning wolves to protect livestock. The goal of the SSP programs is to breed wolves in captivity for eventual reintroduction into their natural habitat. 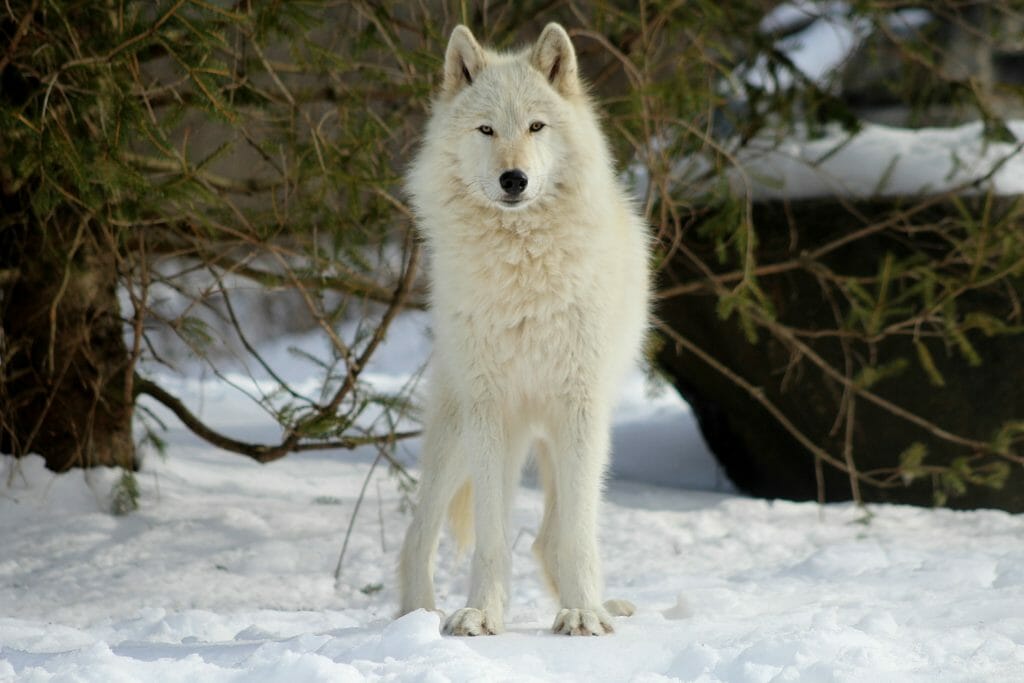 “You can’t really just take a top predator like that and remove it and expect things to stay in balance,” said Barbara, citing as evidence wolves in Yellowstone National Park hunted to eradication by the mid-1920s. “The deer took over and the elk took over [because] they had no predator to be afraid of, and they destroyed all of the vegetation and the trees….”

Wolves were reintroduced back into Yellowstone in 1995, forcing animals like deer to retreat away from the predators to new areas, which allowed vegetation to regrow. “The trees came back, the birds came back and the beavers came back,” Barbara continued. “The whole park was rejuvenated.”

Barbara first learned about the Wolf Conservation Center opening near her town of Cortlandt Manor, New York, while thumbing through the local paper. “It was just by accident that I saw that article, and found a place where I really wanted to do something concrete,” she said. “Not, just for the wolves, but for animals in general that we need to protect if we want to have them for the future.” 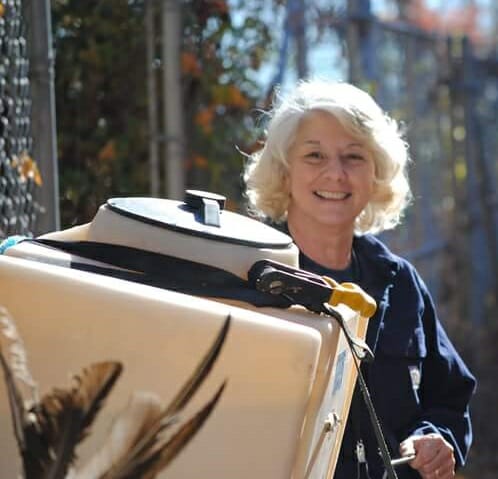 The center currently has eighteen wolves in the SSP recovery programs that are kept off exhibit, separated by pack in large enclosures. One of Barbara’s responsibilities is leaving fresh water for them as a member of the Animal Care Team. “No one sees the SSP wolves because we want them to maintain their fear of people…” Barbara said. “The idea is to breed them in captivity with the hopes of reintroducing them back out into the wild.”

Additionally, there are four ambassador wolves in residence—Atka, Alawa, Zephyr, and Nikai—who are kept in enclosures viewable by the public. Unlike their counterparts in the wild, the ambassadors do not have a natural fear of humans because they were raised by “pup nannies” – staff and volunteers who cared for them 24-hours a day when they were newborns.

Barbara holds a special place in her heart for Nikai, who she cared for as a pup nanny. A mix of several gray wolf subspecies, but primarily Canadian/Rocky Mountain gray wolf, Nikai was brought to the center in 2014. “That was a wonderful experience,” Barbara shared. “When I first came here, I never would have dreamt that I would have the opportunity to be around these creatures.”

Another ambassador, Atka, who is now semi-retired at 15-years-old, once enjoyed traveling to schools, libraries, and museums as a part of the center’s offsite educational programs. Barbara sometimes accompanied the staff on trips, helping out with merchandising needs.

“It was always fascinating to me when they would first bring Atka into the room,” Barbara said of the majestic white Arctic gray wolf. “People’s response to him was always one of awe and amazement. And, he’s just a pro…. He’s taught a lot of people about wolves and their role in the ecosystem, and I think he’s a real champion for his brothers and sisters in the wild.”

When it comes to encouraging others to volunteer, Barbara advises people to find something they have real passion for – like she did. “As long as you find something that you really care about, you can make a big difference,” she said. “Most of these places that are taking volunteers have a tremendous amount of work to be done with a very small staff and very small operating budgets. Volunteers are what help them to succeed. I always feel great when they tell us ‘we couldn’t do this without you guys.’ [It shows] that you’re really playing an important part, and what you’re doing is making a difference.”

Learn more about the Wolf Conservation Center and catch a glimpse of its furry residents and their signature howls via the center’s live webcams!

Whether the cause close to your heart is helping animals, people or the environment – discover volunteer opportunities near you with All For Good.