It’s not unusual for twins to share interests.  In the case of 28-year-old Brandon and his twin Bretton Gallshaw, their duality includes a strong dedication to service at the Ronald McDonald House in Philadelphia, something they’ve been doing together since they were in high school. 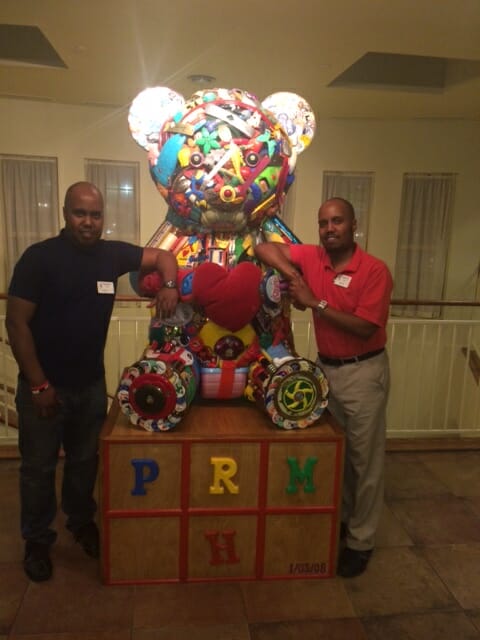 Raised by their mother and grandmother, the pair is the eldest of six sons.  Bretton, who came into the world eight minutes ahead of his brother, credits being reared by strong and faithful women for their strong sense of community. “Education was everything in our family,” said Bretton, who like his brother works in IT for a healthcare institution.  “We went to Catholic School as a way to strengthen our religious beliefs.”

When they were 16 and juniors in high school, the teens’ religion teacher encouraged them to visit the Ronald McDonald House as part of a community service project. The sense of joy they found in playing with the kids there and giving tours to the incoming families resonated so strongly with both of them that every Friday night, and often during the weekend, you can find both Bretton and Brandon volunteering at the location on Erie Avenue. Opened in 2008, the Erie House, like all of the Ronald McDonald facilities,  offer a home away from home for families whose seriously ill children are receiving treatment at St. Christopher's and other nearby hospitals.

Bretton enjoys interacting with folks staying at the house, but also works behind the scenes to make sure the non-profit’s computers are in perfect working order and the kitchen and play areas are tidy for the families to enjoy.

Brandon loves working closely with people and both brothers host video game nights for the kids.  “Of course sometimes it’s troubling to see how a child’s illness is affecting the entire family,” said Bretton.  “We see families from all over the country, all over the world. But the warmth of the house, the caring, it rubs off on everybody.”

Because these families are going through such tough times, both Brandon and Bretton want to do whatever they can to help. “It makes you realize that you can’t take life for granted,” Bretton said. “I really appreciate the extra time I can spend with my brother, doing something we both feel is important.”