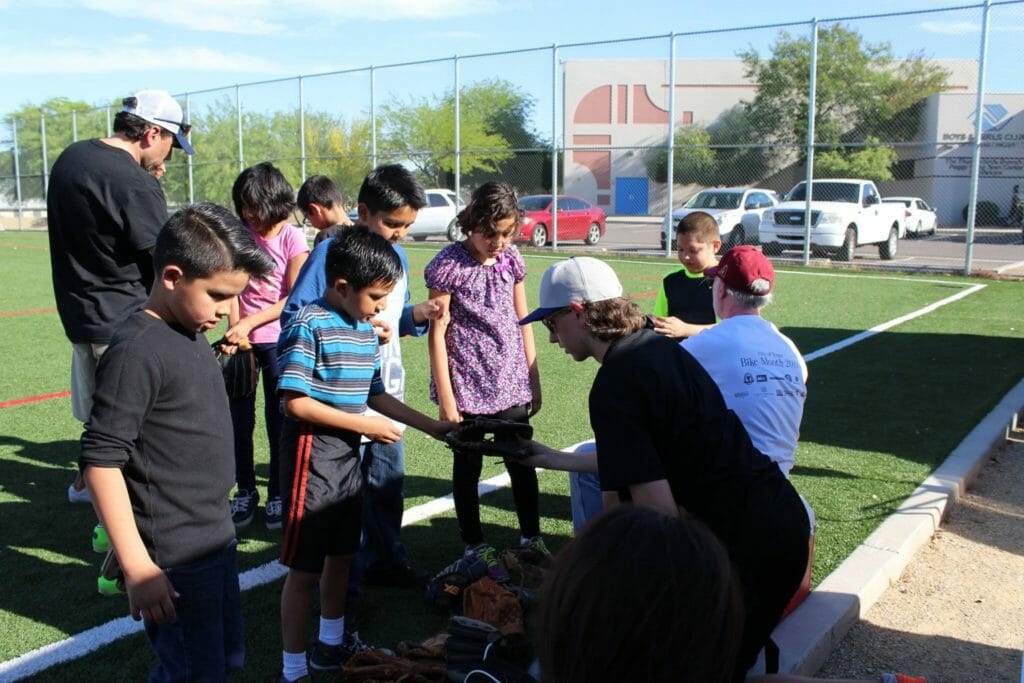 Even though Evan Arnold recently registered for his freshman year in college at the University of Wisconsin-Whitewater, he already has nearly a decade of experience running an organization.

At the age of nine, Evan saw photos of kids in Haiti playing soccer. The fields were comprised of all dirt, unkempt, and they used a ball of socks as a soccer ball. Despite the rough playing conditions and lack of equipment, the Haitian kids, accustomed to the circumstances and unaware of anything different, just played.

“My dad would say, ‘There is a lot of negativity in the world and we need more good.’” Inspired by his father’s words of wisdom, Evan wanted to make a difference and said, “It gave me the single goal to make the world a better place.”

Evan’s love of baseball and drive to do good inspired him to start Step Up To The Plate, an initiative that provides baseball equipment to children in need throughout the world.

Since its inception, Step Up To The Plate has made an incredible impact. More than $55,000 worth of equipment has been shipped and delivered both domestically and to 45 countries internationally. Evan’s also completed more than 135 projects, including on-site events like one-day clinics for orphans and children of parents who are incarcerated or in drug treatment facilities.

Having started his goodwill initiative at the age of nine, Evan wants people to learn from his story that no matter the age, they can make a difference. 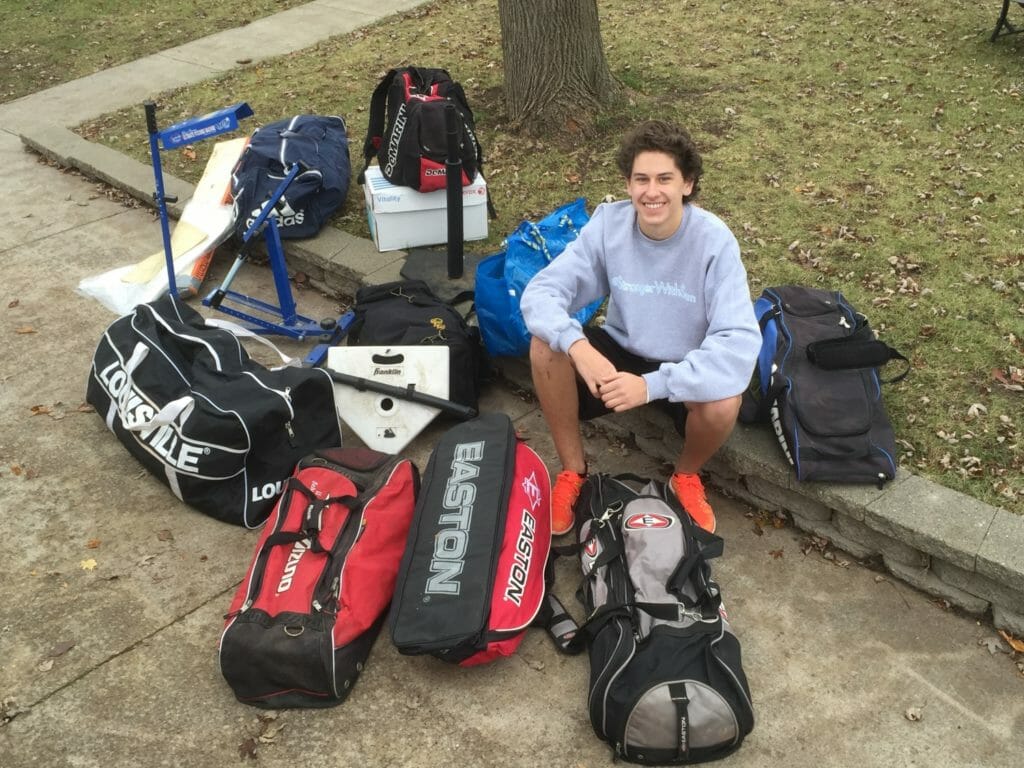 “We need to push the envelope and encourage the next generation to give back more,” Evan said. “It is important for others to give back as the world has given us so much.”

Seeing smiles from kids who have received Step Up To The Plate’s equipment is the most rewarding part of his volunteer work. “I get pictures in the mail of kids who may have received their very first baseball. To see their smiling faces and to know I am doing something good in the world is rewarding,” said Evan.

As a volunteer, Evan says he has learned that life is more than just about him. “I can give back to kids and families who could use something more,” he said.

As the organization’s founder, Evan’s volunteer responsibilities include working through social media to reach people and organizations who can take boxes of equipment to communities and countries in need, procuring equipment from thrift stores and garage sales and boxing up equipment for shipment.

Step Up To The Plate works with the Milwaukee Brewers Single A minor league team, the Timber Rattlers, to help with equipment drives. He hopes to one day partner with the MLB and bring his organization to a national platform.

As Evan heads to college in the fall, he plans to study business, economics and entrepreneurship and use some of these skills to help push Step Up To The Plate a little further.

Want to make a difference in your community like Evan? Visit All For Good for local volunteer opportunities.