“I would be more scared to go in and close my door and not be a part of the solution.  I have won over the most hardened young people,” says Diane Latiker, who’s given kids a safe place to go for activities, advice and respect since 2003.  “They keep me alive and vibrant,” says Latiker, a former hairdresser and mother of eight grown children who founded – and still runs — the Kids Off the Block program, using a great deal of her own time, money and instincts to convince kids there’s hope for more than despair and poverty, guns and gangs. 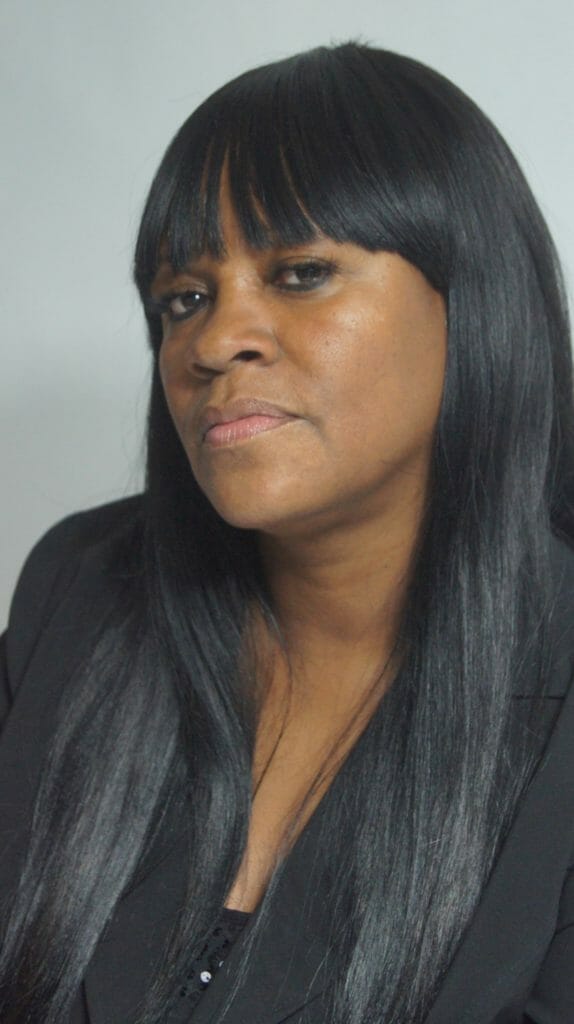 Latiker opens her home daily to dozens of youths in a tough Chicago neighborhood where some people would be afraid to even say hello to young residents. Kids Off the Block gives kids a place to do homework, play basketball, talk about issues, fears and dreams – and importantly, pile into Latiker’s van for rare opportunities to glimpse a world beyond their troubled Roseland neighborhood on the city’s far south side.   “We take kids literally off the block,” says Latiker.  “We have young men work so hard to buy and fix up a car that they’ll never drive more than a four-block radius.  We’ve been to 22 cities. One time, we went to Elgin (Illinois) and they were excited because they’d never seen a duck. ”

Latiker relinquishes her own peace and quiet to allow up to 75 teens to visit her small home, many knocking after dark or early in the morning.  This frequently strained relations with neighbors (“all these kids hanging around”) other parents (“they’ve called to complain that their kids are here more than at their own home”) and Latiker’s husband (“he was furious when I sold the TV”).  Once, Latiker’s van was shot up by gang members.   She knows why.  “I’ve talked kids out of joining gangs.  Kids have put down their guns to come and hear what I have to say.”

Roseland, adjacent to Chicago’s historic Pullman district, once boomed with railroad and factory jobs.  As the manufacturing era ended, shops and other businesses closed as well.  Last year, a study showed an unemployment rate for young black males at 92 percent in the Roseland area.  Latiker’s latest goal is to focus on helping youths become employable by teaching them computer skills, talking up the possibilities of entrepreneurship and stressing “soft skills,” such as proper dress and communication.

This spring, Latiker is launched a TEC (Technology, Entrepreneur and Career) Center, which will teach coding, cloud computing and other skills.  “Young people need careers, not just jobs,” she says. “But after 13 years, I’ve learned that our young people are not work-ready.”  If she were to win prize money, “That would go directly into the TEC Center,” says Latiker, who once sold her own living room TV to buy 10 used computers, so economically deprived teens could be introduced to technology.

Latiker estimates that more than 3,000 teens have been impacted/participated in the Kids off the Block program.  Last year six former participants graduated from college – the first in their families to do so.  Once-skeptical neighbors now socialize with police officers at KOB’s annual “Feed A Teen” Thanksgiving Dinner, which has fed as many as 658 people at one time.

Delroy Folkes, now 24, says he was 12 or 13 when he discovered “Miss Diane.”  He says she kept kids busy playing basketball, doing arts and crafts and listening to music.  “She was tough and she was influential,” says Folkes.  At the time, some of his young friends were getting into trouble and held little hope of escaping the impoverished neighborhood.  “I can honestly say I knew some kids who’d never been to downtown Chicago, even though we lived in the city, which is sad,” says Folkes.  Today, Folkes holds a bachelor’s degree in exercise science, and is studying for his master’s degree in sports management at Northern Illinois University.  Inspired by “Miss Diane,” he hopes to one-day return to Roseland to practice his profession.   “The one thing about her that I most want to emulate is her patience with troubled youth,” he says.  Despite discouraging headlines about the community’s struggles, “She never gives up on them.”

Latiker found a quietly powerful way to remind Roseland residents of the toll that bad decisions can make.  She and her husband, a retired auto body mechanic, bought and painted bricks to create a memorial to teen victims of violence in Chicago.  As they can afford it, they add more. “We have over 500 stones marked with the names, ages and date of death,” says Latiker, adding, “We are behind by 521.”

Kids Off the Block recently lost the office space they occupied after the project outgrew Latiker’s home because of lack of funding—Latiker was paying utilities and rent out of her own pocket. Now, the kids are back in Latiker’s living room.  But she’s not complaining.  “The smallest things, like when they say, ‘Thank you, Miss Diane,’ keeps me motivated.”   After 13 long years, Latiker’s noticed a difference in the neighborhood.  “We were just talking about that,” she said.  “We can sit on our porches at night. “