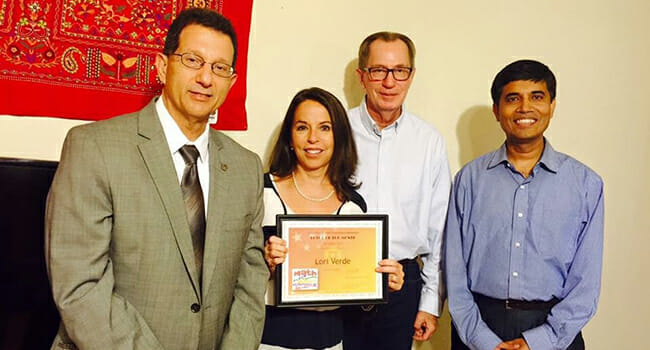 Kumer Pial Das remembers feeling “alarmed and frustrated” when he read an article in the newspaper about how dismally local kids were performing on the math portions of the State of Texas Assessments of Academic Readiness. Sounding very much like the math professor he is — he’s taught courses such as business calculus and probability theory at Lamar University — Das says the “statistics were not something to be proud of.”

He decided to do something about the bad news. “I immediately thought of approaching our local library to see if they would help me establish a free math clinic for K-12 students,” he recalls. “They liked the idea right away and they helped me spread the word through the local school district.”

Reeling in some of his colleagues from the university to act as tutors wasn’t that hard either, Das says. “They were very happy to share their time and knowledge.” He even recruited a few of his own students, and gradually several high schoolers have volunteered. 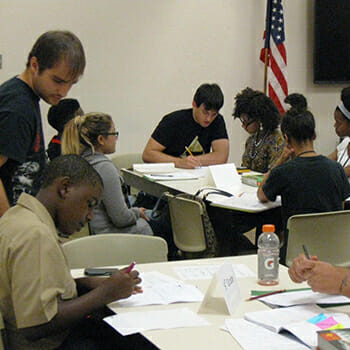 Now, the effort has become a family affair, with his wife serving as a tutor and his 7-year-old daughter and 12-year-old son helping to distribute materials. All together about 20 volunteers take turns tutoring at the hour-long clinic, which meets every Thursday evening and draws about a dozen students each week. This September marks its third year.

A father of two young children, Das says that all of his work, both professionally and as a volunteer, has to do with students. “I am always thinking of their future,” he says. “They deserve as much motivation and guidance as possible.”

In addition to the math clinic, Das is a den leader for the local Boy Scouts of America troop, where he has volunteered for events and taken scouts on trips to historical attractions. He has also delivered presentations on everything from financial responsibility to bicycle safety.

As a child of teachers, Das says he has always valued the work of the men and women who steer young people through their formative years. Now, he says, he is quick to respond when he recognizes a need that isn’t being met. “If no one is doing it, then why not?”

One of his earliest efforts was influenced by his own experiences after he came from Bangladesh to attend graduate school in Auburn, Alabama. “There was such a huge cultural and geographical difference and a big language barrier,” he says “I really felt disconnected.”

So about 10 years ago, after arriving at Lamar University to teach, Das formed the Bangladesh Student Association. From an initial membership of just three students, the association has grown to more than 125 members. The association hosts numerous social and cultural activities and arranges shuttles to greet new international students at the airport and transport them to the University. Das and his family have even hosted Bangladeshi students at their home until suitable housing can be located.

Das says that encouraging others to lead by example is a critical way to guarantee success in any volunteering effort.

“People are always ready to help — they just need someone with a plan to put them to work,” he says. “Taking the initiative with specific objectives in mind is the most important thing. And that goes for children, big time. It’s never too early to teach them the importance of volunteering and to show them that there’s always a way for them to help.”